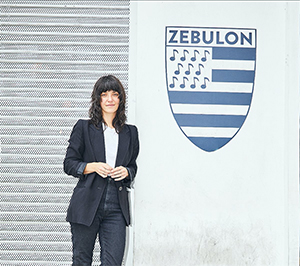 In the last decade, Sharon Van Etten has become an indie star, with amazing songs & records. For the tenth anniversary edition of epic (QRO review), epic ten, Van Etten has recruited her wide staple of talented friends for a second disc of epic covers, including Fiona Apple, Lucinda Williams, Courtney Barnett ft. Vagabon, IDLES, Shamir, St. Panther, and Big Red Machine (a.k.a. Aaron Dessner of The National + Justin Vernon of Bon Iver), who just put out their cover of “A Crime”.

epic ten is out April 16th, and on the 16th & 17th Van Etten & her band will play the record in its entirety at Zebulon LA, in a benefit for the venue that played a crucial role in her early career.

Listen to Big Red Machine’s cover of “A Crime”: