<img src="http://www.qromag.com/wp-content/uploads/2012/04/sharonvanettentramp.jpg" alt="Sharon Van Etten : Tramp" /><br /> Simply, it is the production and instrumentation that carry this album to its highs.<span> </span> ... 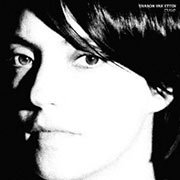 Photos of Sharon Van Etten at 2012 All Tomorrow’s Parties in Minehead, U.K.

Photos of Sharon Van Etten at 2012 Le Guess Who? Festival in Utrecht, Netherlands

Photos of Sharon Van Etten at Mejeriet in Lund, Sweden on February 28th, 2011

The National (QRO spotlight on) are arguably the best band in American, perhaps in the world.  So, when Sharon Van Etten’s third album, Tramp, features the deft and meticulous instrumental work of Aaron and Bryce Dessner (QRO photos), it raises expectations tremendously.  Furthermore, when the former twin is also producing the album, nothing short of exceptional is expected.  That being said, the songs themselves are Van Etten’s and are often lyrically and melodically colourless.  Simply, it is the production and instrumentation that carry this album to its highs.

Van Etten is evidently talented.  Her lyrics can reach that restrained level of beauty, avoiding the overly earnest propensity that plagues confessional singer-songwriters.  Nevertheless, she has a tendency to drift into dreary places with no path of return and place to plateau; everything is tiringly painful and intense, featured on opening track “Warsaw”, the single “Serpents”, or the organ-destroyed “Magid Chords”.  Additionally, Van Etten can appear to be melodically aimless and lyrically half-baked at times.  The flipside is that this very recipe for melancholia produces more magic than not.  The obvious examples are the tragic “Give Out” and the charming, ukulele-strummed “Leonard”.  The album’s finest track, “We Are Fine”, is a lament on social-anxiety, which contains a memorable duet with fellow-sufferer, Zach Condon of Beirut (QRO album review).  They touchingly sing, “Tell me not to trip / Or to lose sight/ You are walking / In my dotted line / Take my hand / And tell me not to shake.”

Closing tracks, “Ask”, the cracked and raw “I’m Wrong” and the spacious “Joke or a Lie”, conclude this album strongly, confirming Van Etten’s song-writing quality.  The recording, which took place in Aaron Dessner’s home studio is stunning, both sparse and sonorous in the right amounts, á-la the pounds and pauses of The National.  Similarly, the musicianship and instrumentation are often mind-blowing.  The collaborative accumulation of Van Etten’s more lucid and refined song-writing moments, Dessners’ various touches, and high production value make this a notable album.