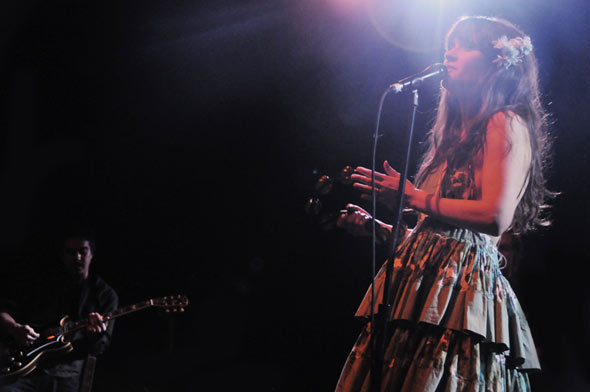 Click here for photos of She & Him at 2010 Treasure Island Music Festival in San Francisco, CA in the QRO Concert Photo Gallery

On Thursday, March 25, Zooey Deschanel and M. Ward, a.k.a. She & Him, performed at the El Rey Theatre in Los Angeles.  Deschanel told the crowd how much she loves this venue and it reminds her of a haunted mansion.  Others might think of it as similar to a cabaret show house.  The show was sold out with a maximum capacity of 700 standing.  Security was so tight that people weren’t even allowed to take phone photos. 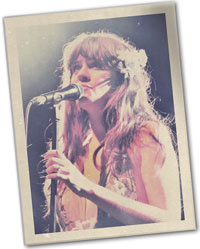 We’ve all admired the younger Deschanel in films such as 500 Days of Summer and Yes Man, but actually seeing her in person reinstated why every man is in love with her & every woman wants to be her – she is absolutely stunning.  Her gorgeous vocals are crystal clear, and take you back to the 1950-1960s.  Her voice and style are reminiscent of Patsy Cline-meets-June Carter Cash-meets-slowly surf-rock. 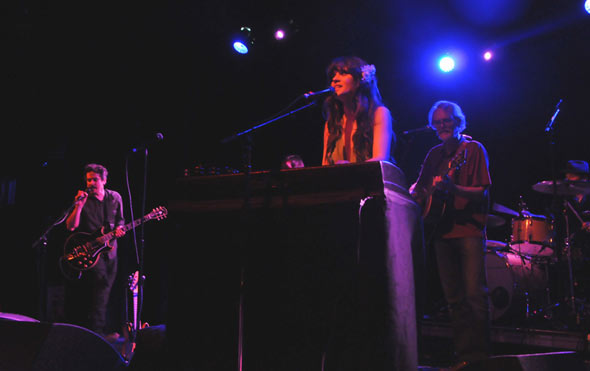 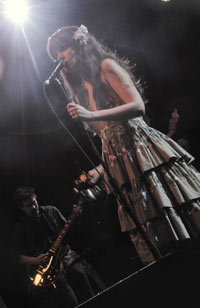 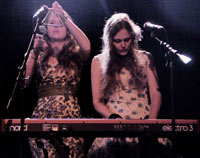 There is no question who the crowd was staring at for the whole show.  Deschanel was the spotlight, both singing and playing keys, and stood aside to M. Ward on lead guitar, a bass player, a drummer and another guitar player.  There were also two female supporting singers, The Chapin Sisters, who sounded similar to the backup vocals for the 1950s band The Angels (“My Boyfriend’s Back”).  Deschanel played a one-of-a-kind ukulele-shaped Fender Telecaster, and performed a slow surf rendition of The Miracles’ “You Really Got a Hold On Me”.  The band stayed on track with their songs, through the conducting guidance of M. Ward.  Deschanel wore a very loose-fitting, hippie-type dress with a flower pinned to her ear.  Later in the show, her tambourine got caught in the flower, where she took the flower out of her hair and tossed it into the crowd. 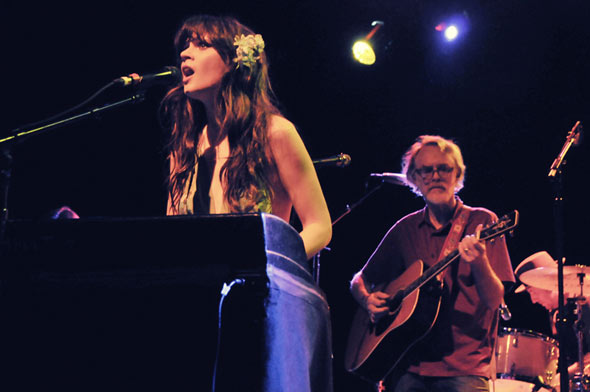 One might wonder what type of person is Zooey Deschanel.  She is hip, vibrant, quirky, honest, direct, and a talented performer.  Her character isn’t more than who she really is, which is probably why we all love her.  Her lyrics were similar to what she expresses in her films; a coming of age / transitioning: “Don’t sit next to me, next to yourself / I know all of your tricks / Don’t try to love me, don’t try to hold me I know all your tricks.”  Her songs, her character, the full package – this is Zooey! 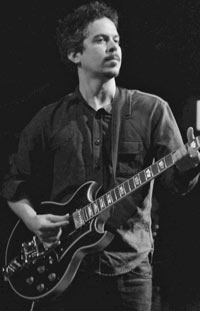 Deschanel guided the vocals and harmonized on arrangements between her, M. Ward and the rest of the band, while M. Ward (QRO album review) was the conductor orchestrating the band.  There was the basic guitar, bass, drums, keys set-up, but what captured the most was The Chapin Sisters on back-up vocals, oooh-ing and ahh-ing, at off tempos, escalating this whirlwind of feeling like a cushion of feathers, to equaling a powerful trio.  As for a musical performance, which hasn’t been many, Deschanel didn’t miss a single note. 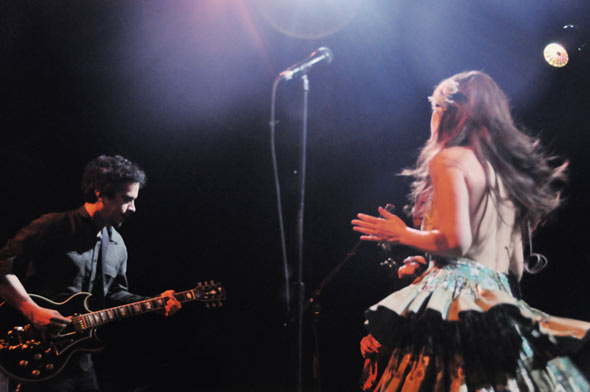