In early 2017 Shea Stadium was shut down a few times over permits, including liquor license.  While attempting a Kickstarter campaign to finance its reopening, the venue lost its... 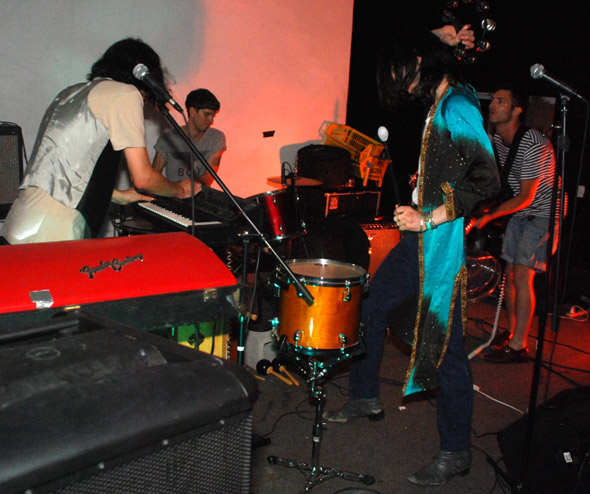 In early 2017 Shea Stadium was shut down a few times over permits, including liquor license.  While attempting a Kickstarter campaign to finance its reopening, the venue lost its lease at its location.

Shea Stadium is located on 20 Meadow Street, Brooklyn, between Waterbury and Bogart Streets.  Opened in 2009 (after the closing & destruction of The Mets’ baseball stadium of the same name in Queens), it lies two blocks from the late Danbro Studios.

Difficult to find from the street (look for the sloppily painted “20” on its door), the actual venue is located up a narrow stairway, occupying the upstairs of a warehouse.  The stage lies to the far side from the entrance, just a foot or so above the stage floor.  A ‘bar’ (mostly beers in a refrigerator & buckets of ice) is to the right of the entrance; just past it is an outdoor smoking balcony.  There are two one-person bathrooms to the left, with a random record display case showing old records like David Cassidy.

Shea Stadium is newer than the DIY venues to the east such as Death by Audio and Glasslands, and is also even more DIY.  Save for some rotating fans, there is no air-conditioning, and the place can get quite hot.  The only running water is in the bathrooms – if you ask the ‘bartender’ for water, you’re given a plastic cup and told to fill it in the bathroom (one of the bathrooms does have a shower, though…).  The sound isn’t as bad as you might expect, the lighting is like a normal room, and one can smuggle beers in – if you can find a place open nearby, as Shea Stadium is squeezed between the large High School for Enterprise/High School for Legal Studies to the west and Newtown Creek to the east.  The bands that play there are small & Brooklyn, but have been improving somewhat.  The next spot for DIY hipsters? 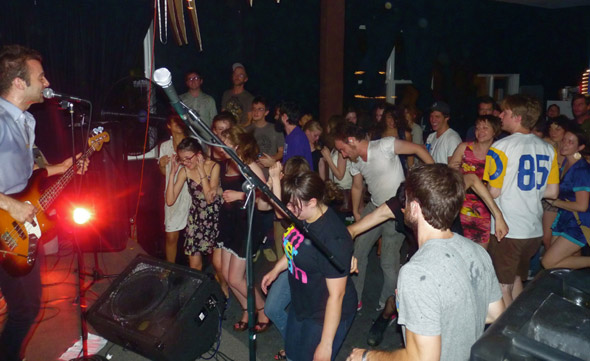 Coyote Clean Up – “dumber by the day (neiz the operator dub)”