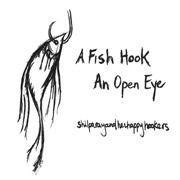 New York’s Beat the Devil long stood out on the indie music scene, and not just because it was the lone drums-bass-harmonium trio.  It was frontwoman Shilpa Ray’s distinct voice, along with her harmonium playing (sort of an accordion played on a table, imported from Europe to India in the nineteenth century and popularized there), which was the band’s signature.  As bassist Mishka Shubaly (now of Freshkills – QRO live review) put it in an independent documentary about the band, "Shilpa Ray sounds like Shilpa Ray… and no one else."  Now operating solo, Ray’s baritone bellow stands out even more – but is it special, or any good?  No, no it isn’t.

Beat the Devil had been a somewhat divisive band on the New York music scene, loved by a few, but loathed by many, especially as they most often opened for other bands, and the audience for the headliner wasn’t prepared for or interested in what Beat the Devil was trying to do (they were received – and played – much better when headlining – QRO live review).  They were kind of that stereotypical ‘critic’s choice’ band, the kind of act that seemed to find favor with critics because they had a ‘weird’ hook & seemed designed to shun the mainstream.  All of that has apparently gone to Ray’s head, as she ditched the other two-thirds of Beat the Devil to go solo with a backing band, Her Happy Hookers.  Their debut record, A Fish Hook An Open Eye, is what you didn’t like about Beat the Devil – only more so.

Click here for photos of Shilpa Ray & Her Happy Hookers at Pianos in New York, NY on November 3rd, 2010 in the QRO Concert Photo Gallery

Click here for photos of Shilpa Ray and others playing a Tribute to Sly Stone at Castle Clinton in New York, NY on July 16th, 2009 in the QRO Concert Photo Gallery

Click here for photos of Shilpa Ray at Starr Space in Brooklyn, NY on April 23rd, 20009 in the QRO Concert Photo Gallery

Click here for photos of Shilpa Ray & Her Happy Hookers at Southpaw in Brooklyn, NY on February 14th, 2009 in the QRO Concert Photo Gallery

Click here for QRO’s review of Beat the Devil at the grand opening of @Seaport in New York, NY on February 22nd, 2008

Mostly, that’s Ray’s voice.  Her baritone bellow-yell is certainly not usually heard, but maybe that’s because no one wants to hear it.  There might just be a reason that centuries of music have passed over the sound of a woman sing-yelling in a low register, just the way male voices done in a high-pitched tone are only used as a joke (Tiny Tim, Alvin & The Chipmunks…).  It’s hard to describe, but think of when Daphne Zuniga is imprisoned in Mel Brooks’ classic Spaceballs, and ‘sings’ "Nobody Knows the Trouble I’ve Seen" (the bass voice is obviously dubbed in from a male singer).  Think of that, but of a woman actually trying to do it.

A harmonium is popular – at least in India.  But its exotic roots aside, Ray’s harmonium isn’t that special, as it mostly just sounds like an accordion or weak organ.  And it isn’t even delivered with the kind of energy one finds in polka, or sadness as in cabaret, but it’s just… there.  Sometimes on A Fish Hook, Ray actually lets Her Happy Hookers add something, but that something usually either isn’t noteworthy in its own right (like the garage-road beat to "Coward Cracked the Dawn", or full-on girl-garage – including fifties garage-guitar solo – to the following "I’m Not Frigid… Yet"), or can even detract further: the spastic drumming in the verse of "I Only Have Eyes For You" is nauseating, and the lame grandeur of "What the F**k Was I Thinking?" only heightens Ray’s poor qualities.

The catchy backbeat & tones of "Filthy & Free" is the only real ‘good’ addition to Ray’s work on A Fish Hook, but even there, the song just become catchy backbeat & tones – dragged down by Shilpa Ray.  Far more exemplifying of the record are the opener & closer, "Beating St. Louis" and "Looking For Mr. Goodbar", respectively.  The over-bellow & un-special harmonium is right there in front of you to start on "Beating", at least letting the many who don’t like it a chance to quickly stop the record.  "Looking" (not going to denigrate the fines folks in St. Louis & at Mr. Goodbar by shortening those song titles to their names…) is stripped to just Ray’s voice & instrument; it’s everything that’s not special & not good about Shilpa Ray & A Fish Hook An Open Eye.