Shout Out Louds – Live in NYC

Shout Out Louds returned to NYC.... 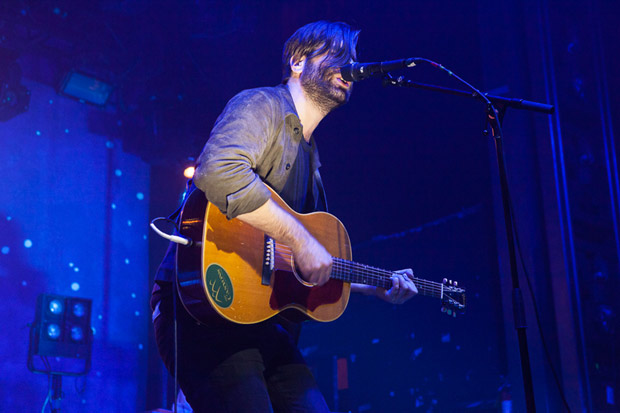 Just back in March, Stockholm’s Shout Out Louds played Brooklyn’s Music Hall of Williamsburg (QRO venue review) to a sold-out crowd.  They were making a Big Apple stop on their way to Austin for South-by-Southwest (QRO recap), and it was one of their first shows since the release of their fourth album, Optica (QRO review).  Unsurprisingly, the brand new numbers needed a little work before they were polished for the live show (QRO review) – and the band only had a little time after that to work on them, as less than two months later they were returning to the States for a full-fledged Optica tour, including another NYC stop.  But by their Friday, May 10th show at Webster Hall, the well-polished Shout Out Louds shined brightly. 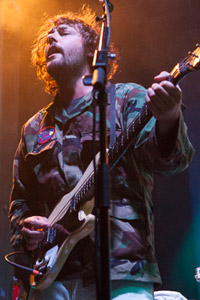 Webster Hall (QRO venue review) is a larger place, which the band played three years ago (QRO live review) when touring their last record, Work (QRO review) – they had even done an earlier stop at Music Hall of Williamsburg (QRO live review) for press that year as well.  But as the evening started the venue felt too large, as there were not a lot of people there for opener Haerts (QRO photos), with the VIP balcony particularly empty.  Weekend night shows at Webster unfortunately start & end early, as the venue needs the space late at night for their regular ‘club nights’, which are undoubtedly more profitable (that’s what happens when people come to drink & dance to DJs, as the venue gets more liquor sales + doesn’t have to give a cut of the door to the band…).  Yet the thin crowd magically beefed up and thickened out right as Shout Out Louds began.

Shout Out Louds playing “Walking In Your Footsteps” at Webster Hall in New York, NY on May 10th, 2013: 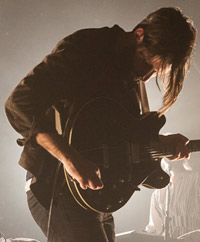 Being their tour off of Optica, the record formed the lion’s share of the set list, with the rest evenly divided between Work, 2007’s Our Ill Wills (QRO review) and debut Howl Howl Gaff Gaff.  A few of the Optica songs might not have been necessary, or at least could have been replaced with superior older ones – “Blue Ice” is a nice, sweet, low-key song, but a bit of a momentum-breaker (kind of like “Blue Headlights” was during the Our Ill Wills tour – QRO photos).  And boy was there momentum – just before “Ice” was a great one-two of Work’s “Fall Hard” and Optica’s “Illusions” (QRO remix review), and right after came Our Ill Wills’ pummeling indie-pop, “Hard Rain”.  Other than “Blue Ice” following “Illusions”, never were there two songs from the same album in a row – for instance, after Optica opener “Sugar” opened the evening, Shout Out Louds went all the way back to Howl opener, “The Comeback”.

Shout Out Louds playing “Chasing the Sinking Sun” at Webster Hall in New York, NY on May 10th, 2013: 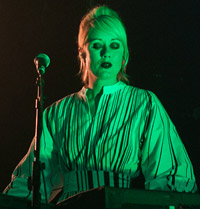 There wasn’t a ton of chatter from the band, as really only singer/guitarist Adam Olenius (QRO interview) talked to the crowd, such as introducing temporary touring drummer Lars Skoglund, who was filling in for regular drummer, but also brand new dad, Eric Edman.  It was actually a pretty funny introduction, as he said how Skoglund is a great drummer, with which Skoglund started drumming the opening to Our Ill Wills’ “Impossible” – then Olenius said guitarist Carl von Arbin was a great guitarist, so his licks kicked in, then Olenius mentioned singer/keyboardist Bebban Stenborg is a great keyboardist, with which her notes began, and finally bassist Ted Malmros is a great bassist, seeing his playing start as well.  Later Olenius would mention that Optica is on sale at their merch table, noting that the table was being manned by his brother (“So be nice to him…”), and prefaced old number “Please Please Please” by saying that the first time they played it was in Chile, in a venue with a leaky roof requiring buckets to hold the rain water – “So we played this to ten people and twenty-five buckets…” 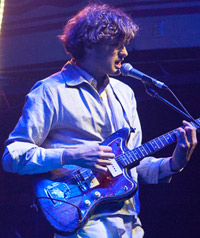 Shout Out Louds really hit their stride in the back half of their set, with “Hard Rain” (including Olenius climbing on top of Skoglund’s bass drum during the slow/quiet down-loud/speed up middle), “Please”, then wonderful Optica singled “14th of July” into Howl’s “Very Loud” – which saw the band segue into and out of the “Where are your friends tonight?” chorus to “All My Friends” by the great LCD Soundsystem (QRO live review at Webster Hall).  After the encore break came Optica’s “Destroy”, then an amazing rendition of Work’s “Walls”, with crowd sing-along to chorus line, “Whatever they say / We’re the ones building walls!”

That could have easily and successfully closed the night, but the Shout Out Louds didn’t even stop playing, moving right into Our Ill Wills single “Tonight I Have To Leave It”.  Still maybe their best song ever (but that’s up against tough competition), not only did Olenius brandish his go-go (sort of a Latin version of a musical cowbell), but he dived into the crowd during that song’s slow/quiet down-loud/speed up middle, getting the fans around him to take a knee as it got quieter, and jump up when it got louder. 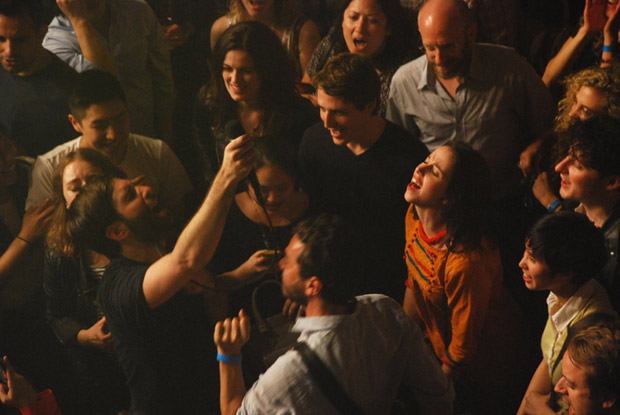 Shout Out Louds playing “Very Loud”, including a part of LCD Soundystem’s “All My Friends”, live at Webster Hall in New York, NY on May 10th, 2013:

New York has been very lucky to have the Shout Out Louds twice in as many months – especially as they’re from Sweden.  Who knows when the band will next hit our shores, but one does know that it’ll be great. 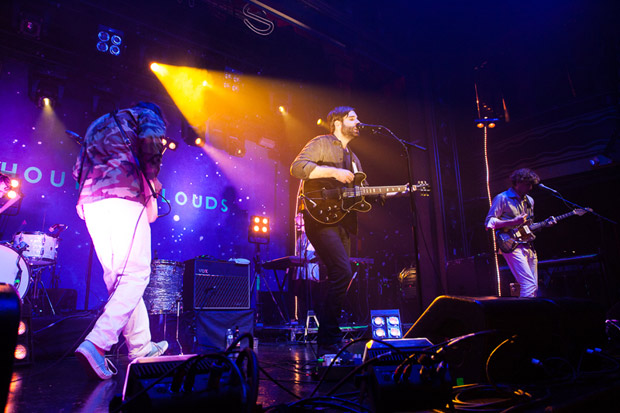