After almost 40 years on the road, it is a bit difficult to find a way of keeping it interesting and not giving the impression your band is living... 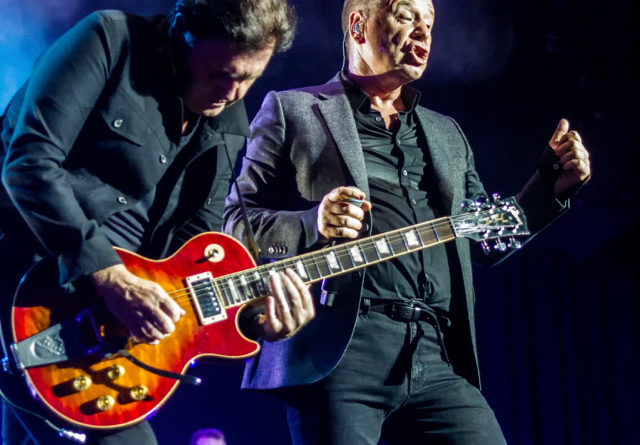 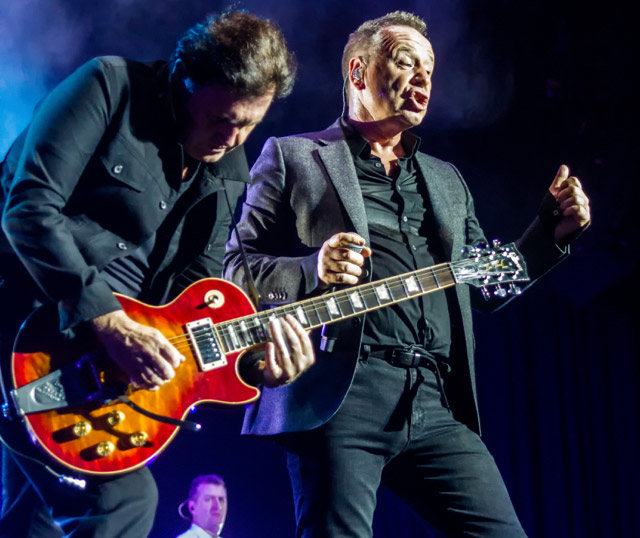 After almost 40 years on the road, it is a bit difficult to find a way of keeping it interesting and not giving the impression your band is living of the past.

The same way a song can be revised if the band changes its line-up (hello The Cure!), if you try another approach, like the acoustic one, you can play and empower different aspects and details of old tunes and give them new life.

Simple Minds are in this exact point in their career. After a decade spent almost living on a stage, since the release of the very interesting Graffiti Soul, the lads from Glasgow extensively toured Graffiti, released Live 2011, then issued a box with their first five records – remastered and with some uncovered outtakes – entitled X5, then did a tour about this box called 5X5 of which they published a highly recommended double record (QRO review), went on a world tour promoting their greatest hits, of which they released Celebrate: The Greatest Hits, then got to the studio to use the ideas of those last five years in order to come up with another way above average maturity record, Big Music, of which they also published a tour version, and also had tome to re-issue three of their paramount records in lavish boxes and booklets: New Gold Dream (QRO review), Sparkle in the Rain and Once Upon a Time, plus singles, remixes, a solo album by Jim Kerr…

So what next? Picasso once said, “Inspiration exists, but it has to find you working.” And Simple Minds are still working non-stop, this time bringing fresh air to their classics.

The Acoustic Tour has been around Europe this spring, hitting Barcelona’s l’Auditori Barcelona on Sunday, April 30th, showing another incarnation of the songs and another incarnation of the band. Kerr and long-time musical partner Charlie Burchill are still joined by Ged Grimes on bass. Then, we find Sarah Brown on backing vocals, Gordy Gourdie on guitar and Cherisse Osei on drums.

At first, it was a bit strange to start a gig with “New Gold Dream”, in a sort of electronic fashion, when you’re in an acoustic tour, but the Minds wanted people to know this as going to be a music celebration, and what better to start like you’re in a big party? Then the set list moved on to calmer territories with “See the Lights”, “Glittering Prize”, “Chelsea Girl” and “Big Sleep”. The Auditori in Barcelona is a mid-sized type of venue and the band felt so at ease, it took no time for the audience to participate and chant along every single song.

The usual approach of the band of jumping between eras of their repertoire went on with “Stand by Love”, but then started gaining pace and grandiosity with “Someone, Somewhere in Summertime” and reached the first climax with “Waterfront”.

Then, Kerr took some time off stage, which led to Gourdie and Brown to take on vocal duties. The former lead a slightly faster and more muscular cover version of Bowie’s “Andy Warhol”, and the latter went on to pay tribute to Patti Smith with “Dancing Barefoot”, a song Simple Minds already covered in 2001’s Neon Lights. Here, Brown deserves a special mention because, bearing in mind her considerable vocal power, she showed enough restraint to not overwhelm the song in any of its sections. When you think of screaming singers like Adele or Mary J. Blige in U2’s “One”, it’s really good that Brown thought about the song and not herself.

A slow “Speed Your Love to Me” preceded the second climax with “Don’t You (Forget About Me)” and “Sanctify Yourself”, the weakest song on Once Upon A Time.

For the encore, they skipped the usual “Honest Town”, the only reference to their current compositions, and went on a mix of their own songs and covers: Prince’s “The Cross” gave way for KT Tunstall to join the stage and sing “Promised You a Miracle”, which was unnecessarily stretched; Buffalo Springfield’s “For What It’s Worth”, and then “Alive and Kicking” ended the gig, in yet another crescendo.

For Simple Minds, this was a short set, not much more than 90 minutes. The changes in the line-up have given their regulars new vigour, and the aim of the band to transform any given venue in a big party and a way of thanking the fans for their loyalty is widely achieved.

Anyway, being picky myself, I would’ve loved some more risk in the set list, including more obscure tracks like “Today I Died Again”, which former Minds bassist Derek Forbes so successfully covered in acoustic format, when he was playing with his band X-Simple Minds, alongside original drummer Brian McGee. But then, this wouldn’t have been a party, but a funeral.