For those who believe that the original spirit of the English punk scene died at the nexus of ‘79/‘80 alongside Sid Vicious and Ian Curtis, I invite you to... 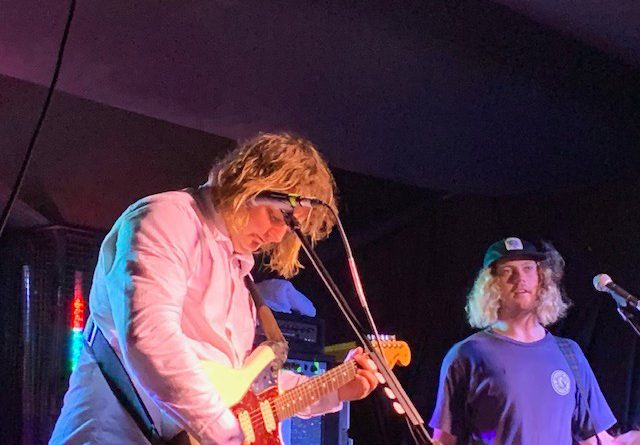 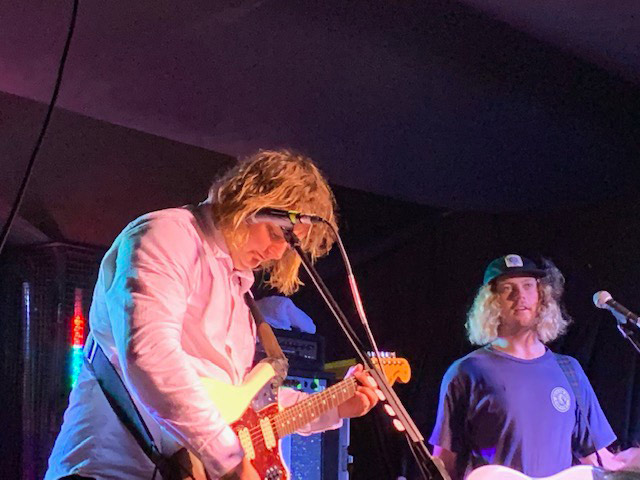 For those who believe that the original spirit of the English punk scene died at the nexus of ‘79/‘80 alongside Sid Vicious and Ian Curtis, I invite you to visit the gloriously DIY dinge-display that is Southampton’s Loft, aptly situated like a teetering secret attic above a somewhat scurrilous-looking back alley, and festooned with lopsided mohawks the color of sea glass on the night I was there. Bottles were thrown without regard for faces. Safety pins piercing directly through flared nostrils daunted more stallfed passersby outside. If you really want to find out what kind of riot sand this spot’s got, go on a night that a grungy Australian surf rock band like Skegss is performing and have your certitude that all allegiances to anarchy have not, in fact, been forsaken. On Saturday, August 10th, I watched Skegss assert a musical fealty to all things ferociously feral that I have not had the pleasure to observe in any band since the last time I saw The Vines. 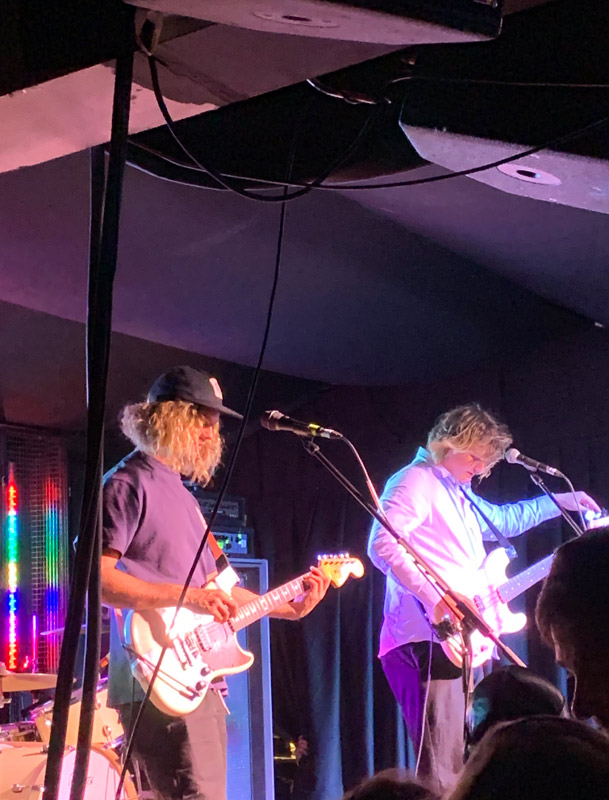 Exuding nothing of the vacant listlessness characteristic of other bands dedicated to not really trying, but rather emoting an admirably jolly, almost piratical, and picaresque commitment to all things carefree, Skegss are what happens to boys left to their own devices on some of the more beautiful beaches known to this planet. With Ben Reed on lead vocals and guitar, Toby Cregan on bass, and Jon Lani responsible for the carnage of the kit behind them, Skegss appear a gang of willful castaways, less dissipated than delightfully dishabille in that way that only Australians seem to be able to pull off with no effort. It must be something to do with their long cultural history of being eighty-sixed from the premier empire of the modern world, yet getting to keep the fabled wit – and thank goodness. That the show officially began with Cregan floridly commenting on an unexpected fart he was gifted from someone in the front row, turned out to be apropos of all that was to transpire in a 70-minute set that felt very much like a lost weekend.

“Spring Has Sprung”, one of the band’s more vibrant and jaunting songs (and which has the added bonus effect of actually sounding like a wayfaring wave) inspired stage diver after inebriated stage diver to sally forth from the gulch and plummet in the kind of alcoholic arabesques only youthful esprit de corps can sustain, much to the entertainment of the band. Add to that their manifest bafflement at the stereotypical politeness of the British stage bouncer, who was congenially placing his hands on the shoulders of each proscenium pilgrim as he bulldozed them off like so many lurching lemmings, and you can begin to discern why this show was pure, euphoric mayhem from start to finish.

As Reed repeatedly trilled through the winning chorus of that same song (“But I’m too f*%#ed up for romance!”) and Cregan then majestically announced in his jouncing Byron Bay accent that its successor, crowd-favorite “New York California”, holds an underlying meaning of “absolutely nothing at all,” you certainly got the sense that the combined ethos of those two compositions alone would provide you a crystalline snapshot of this band’s genuinely whimsical brand of wreckage.

Resembling nothing so much as Peter Pan’s crowing crew of true Lost Boys, Skegss were nobly disinterested in fostering the boys’ club bacchanal that can so often dominate shows this saturated with fizzing blood and flying booze. When a volunteer guitar player was summoned for a moment of magnificent audience participation, they insisted this virtuoso be a girl, and explicitly a girl who could actually play guitar. Fair play to the innate Aussie reverence for the sacred feminine. The lone blemish of the evening arrived during the band’s dazzlingly untidy cover of Pixies’ “Here Comes Your Man” when a roving, airborne can of beer hurled by an unruly urchin smashed Reed unintentionally, though squarely, in the face. To his superlative credit, and with that most emblematic of all Australian national idiosyncrasies – insouciance – he shook the beer from his hair like so much surf foam and carried on without missing a word.

If The Loft represents a bastion of the underbelly to Britain’s archetypal artful dodgers, Skegss are the shambolic symbol of what those Dickensian characters become when they shuffle away all the petty thieves and prostitutes to a continent island one long ocean and a tilted world away, and then invite them back for a rave. Again, thank goodness. With the virtue-signaling shellac and harrowing homogeneity that dominates 90% of what makes it to the radio these days, independent music (and anyone born too late for Manchester in the ‘70s or D.C. in the ‘80s) needs this kind of band, and their kind of party, to rave on.