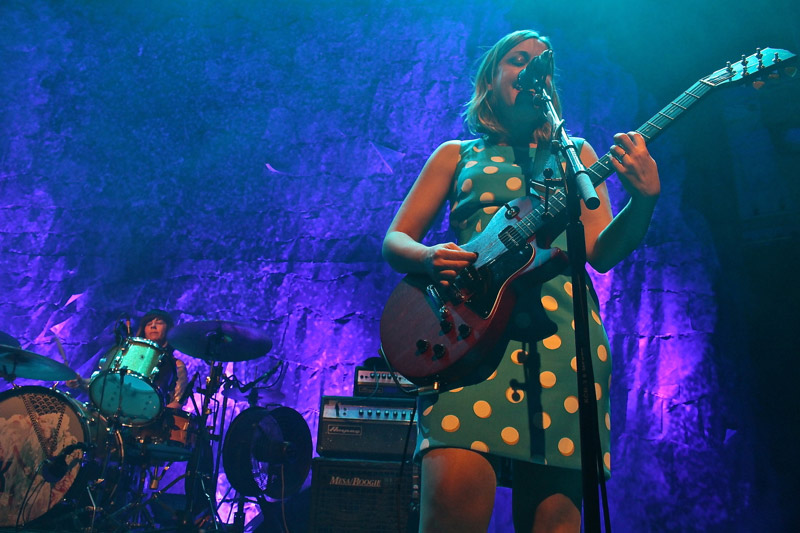 Why do bands part ways? I won’t say anything new but it depends on the atmosphere, the creativity and the need of fresh air. Recently, one of the best British bands of the last decade, Exit Calm, announced they were splitting due to the tension within. So after two brilliant records, it all ended. Really sad, musically speaking.

With our main band in this writing, however, it seems it was just the need of the aforementioned fresh air and devoting themselves to other projects. Reunions are kinda usual among ‘80s bands. The Psychedelic Furs, for instance, have been touring the States almost non-stop since 2008 (QRO live review) with no new music to offer but, instead, adding unusual songs of their repertoire step by step. And Ultravox returned in 2009 and that reactivated not only their own story but also that of lead vocalist Midge Ure (QRO photos). In the U.S., something similar happened with Pavement (reunion tour and nothing else – QRO live review) and Pixies (firstly with touring then releasing new music – QRO live review). 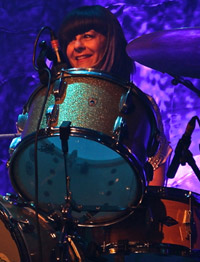 Sleater-Kinney stopped in 2006 with no apparent explanation whatsoever and late last year it was known they’d be back. Such a long hiatus has been well-spent with Corin Tucker’s solid solo records, Janet Weiss playing with Quasi (QRO spotlight on) and Pavement’s Stephen Malkmus (QRO live review) and Carrie Brownstein forming Wild Flag (QRO live review), doing the television series Portlandia with Fred Armisen, and writing her well-known blog for NPR Music. 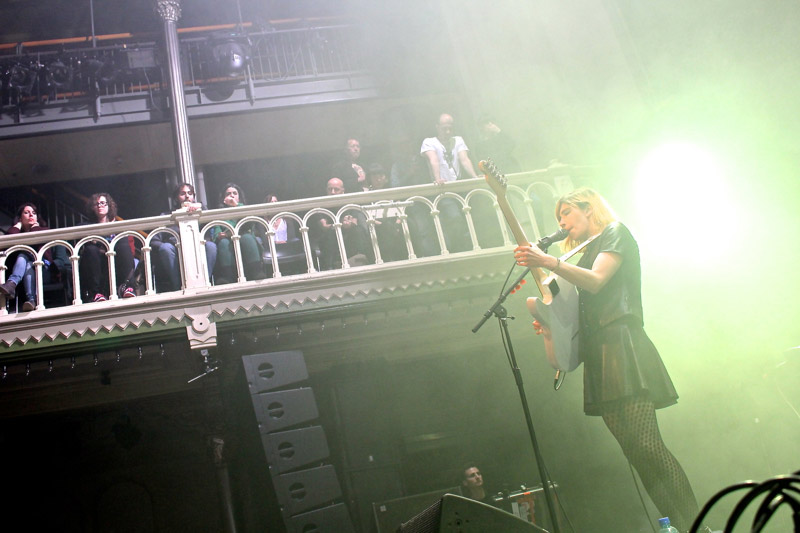 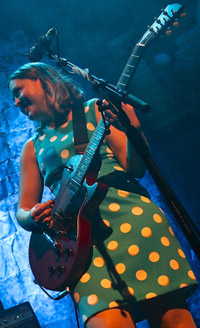 The only slight problem of a reunion of a band is that if they make new music it may take a while to get to the level they had when they left… but that has not been the case with Sleater-Kinney. Accompanied in Amsterdam’s Paradiso on Thursday, March 19th by local band Slow Worries (QRO photos), who combine ‘90s indie, pop and noise in an urgent, direct and refreshing mix, the original trio plus support musician Katie Harkin (formerly of Sky Larkin), were ready to reminds us why they were (and are) one of the benchmarks of the U.S. indie rock.

Classics like “Oh”, “Rollercoaster”, “One Beat” or “Good Things” were mixed effortlessly between most of the new tracks of No Cities To Love (QRO review), from which the title song or “Bury Our Friends” sounded even better than expected. 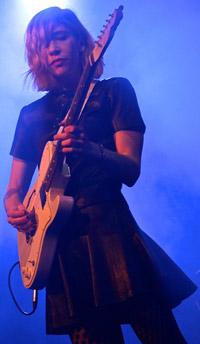 Nothing seems to have changed, at least onstage: complicity, some smiles, total synchronicity, Tucker’s voice with that blend of power, drama and tension; Weiss’ drumming, way ahead of most rhythm sections; and Brownstein’s lovely incapability of staying still while delivering complicated melodies… All that charm is still there.

They say age smooth the rough edges of things. If anything, Sleater-Kinney have got sharper and more confident in their delivery, but their personality is intact. The subjects they talk about are still valid but the new record adds a new perspective to their story. Combat rock and punk are the main ingredients but the main virtue of the No Cities, which one can feel and hear live, is that they are more accessible now, they want more people to join in. Yes, they always wanted that, but their new work really says so.

And the joy of the audience meant they succeeded. 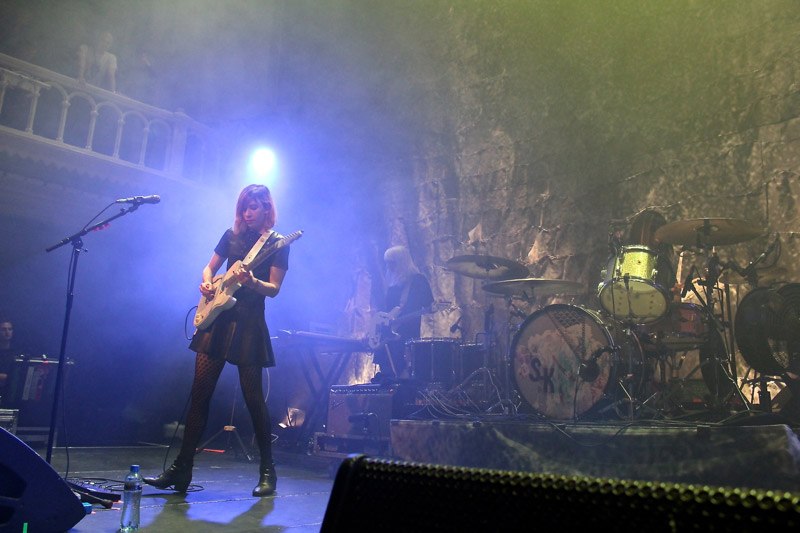 A Day In Pictures – The Cribs