Slowdive – Live at House of Vans

It was a hot night at House of Vans for Slowdive, Vorhees, and Farrows.... 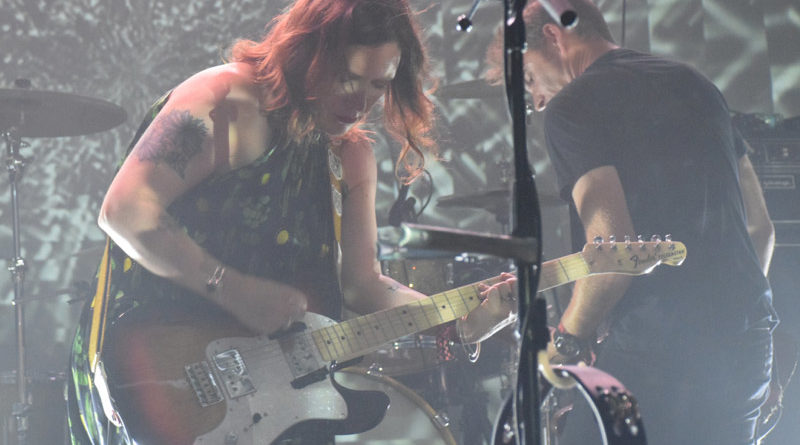 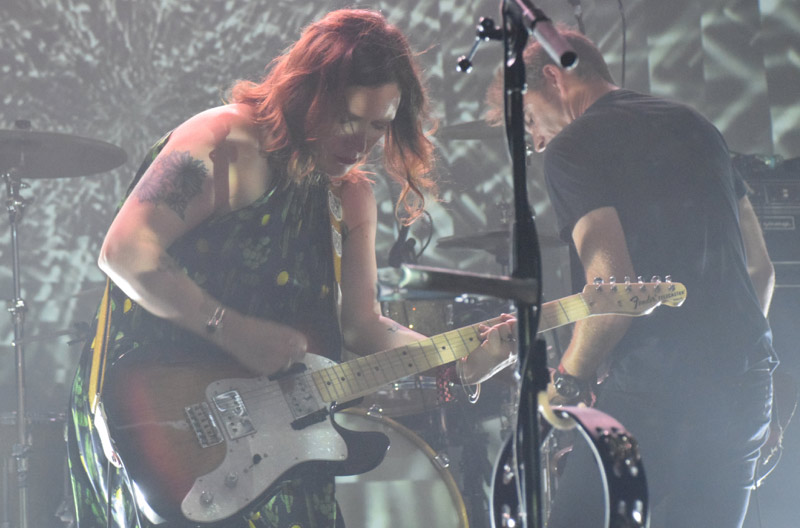 As June ended and July began, a heat wave hit most of the United States, including New York City. That left outside spaces like Brooklyn’s House of Vans (QRO venue review) a sweat-sink for their weekend shows. But that didn’t stop one of the best sounding shows at the space on Saturday, June 30th, with Slowdive, Vorhees, and Farrows.

Despite the heat, soon after doors opened, there wasn’t just a still a line to enter, but line for the free t-shirts, free beer, and the (not free) taco truck. However, it lessened by the first act, and thereafter the audience stayed mostly focused on the music. Often at House of Vans, there is a strong contingent of ‘just here for the free beer’ folks, particularly on a weekend night, who stay in the outside space, by the free beer, during the performances. Perhaps the heat put them off, or perhaps they didn’t expect actual music fans to show up in such a force to hit capacity, perhaps everyone just wanted to be inside where there were at least big electric fans (if no A/C), but it was a refreshing change for the place. 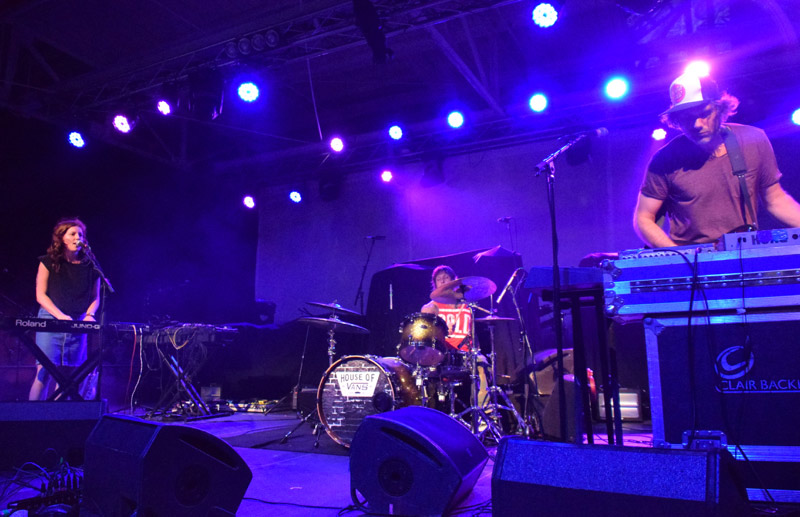 First up was Farrows, with airy beauty (and their own electric fans blowing their hair on stage). While the band sounded very nice, they did lack something in stage presence. The guitarist seemed to always be checking something on his keyboard equipment in front of him or his guitar, while the keyboardist was positioned perpendicular to the stage, looking at him, not the crowd. The drummer, however, was pushed forward in front of Slowdive’s drum kit, and was expressive. Also dealing with the sound/presence divide was the following Vorhees. Because no matter how great your music, it’s tough when you’re just one small woman up there, behind her own guitar and keyboard that also needed checking.

Slowdive were one of the foundational bands of the shoegaze sound in Britain in the early/mid-nineties, but broke up before they could truly enjoy it. So of course they’ve reunited in the twenty-first century, but less reliable was that they would not only release a reunion record, but also that last year’s Slowdive (QRO review) would be so good. At good number of reunions have gone wrong; even more have been good, but not great. Slowdive’s has been great, and they brought that to House of Vans.

There was pseudo-psychedelic lighting, stripes and swirls projected upon the band. Like reunions, this kind of endeavour can go wrong, off-putting and ‘too artsy’ in the darkness, but it worked for Slowdive that evening, as the lighting was never too psychedelic, too ‘weird-for-weird’ sake, and usually bright enough that you could see the band. The set was about evenly divided between nineties originals and material from Slowdive, which impressively fit together well (something else that doesn’t always happen after a two decade-break). The set ended with a cover of Syd Barrett’s “Golden Hair”, which was performed in front of a projection of the Pink Floyd icon’s head. 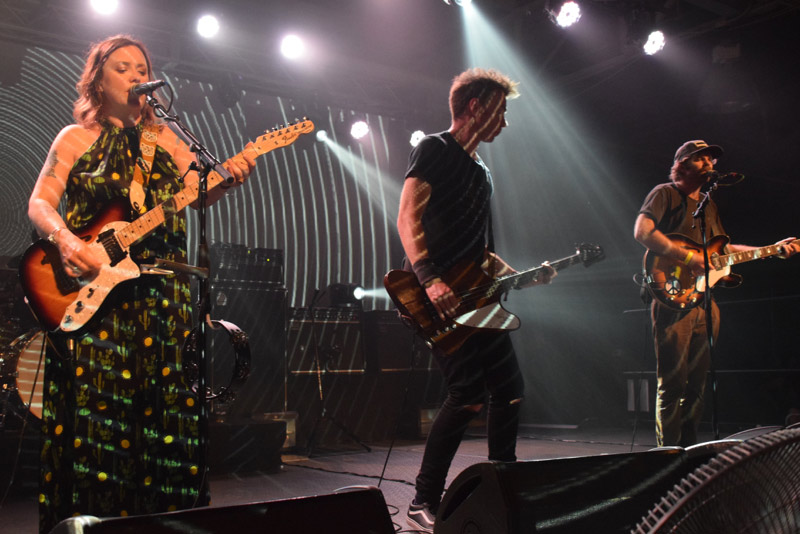 House of Vans continues to deliver in its final year – next up, the very different Suicidal Tendencies. 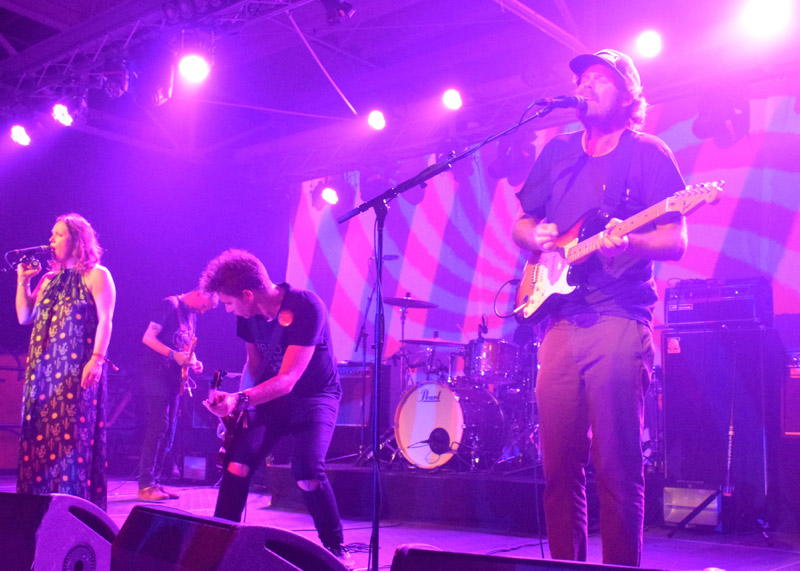 King Gizzard and The Lizard Wizard