SLUG is known as Ian Black of Field Music. His debut release, 'Ripe', is a unique one.... 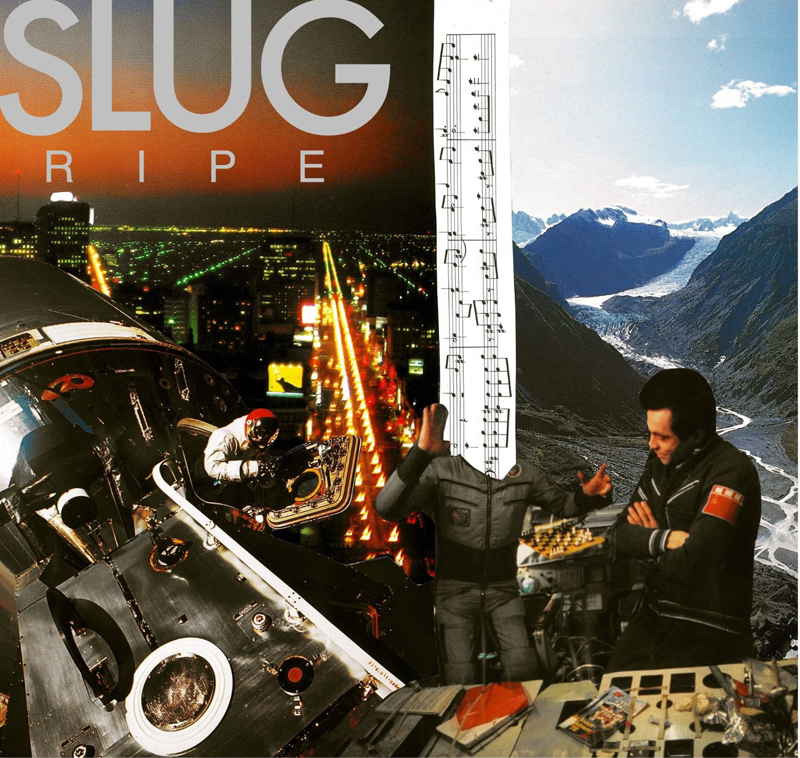 SLUG is known as Ian Black of Field Music (QRO album review), not to be confused with the rapper Slug. His debut release, Ripe, is a unique one. The approach of a raw keyboard grind is easily compared to complex songs and drums by Ratatat, Serengeti, or RJD2, but it has a different feel. This is one of those albums that is really transcendent as a combination of statements and ether-like, trippy, atmosphere. In the end this type of album is usually the most positive, and Ripe is no exception.

It opens with the prominent theme of the album, in “Grimacing Mask” he sings, “We all know for fact is precisely that / We’ll keep trying to keep hanging on to a little bit of heaven.” Moving on to “Cockeyed Rabbit in Plastic”, the best song, he rips through some nice guitar licks. Then in “Sha La La” he hits on the most common way relationships go wrong in our society, with the line, “You take all the blame, as you sing sha la la.”

Some of the songs are right around the middle in quality, but most of them are amazing. “Eggs and Eyes” is just like the others in atmosphere, although the comments are more sinister, being about weight obsession, and it is musically all over the place. “Greasy” is messy as well, fittingly for the title, but is solid in the thematic atmosphere. “Peng Peng” is kind of like a Felt (The Lawrence Hayward Felt, not the rapper Slug’s Felt) song, just a rambling, but beautiful piano piece. “Kill Your Darlings” is also really good, and plays along with the cultural comment theme of the album. Last, in “At Least Show That You Care”, is the life everyone knows in that it is about struggles with identifying who is really a friend.

Perhaps he should have chosen a different name than SLUG, but this is a great first effort. People who like the softer contemporary indie from his previous records in Field Music may not like this one as much because it is grittier and louder. However, those who enjoy anything else in rock and rap, including piano, ‘90s rock, complex rap beats, and those amazing drums will love it. It might even remind one of Cian Ciaran in the tone of the vocals and lyrics. Even more so, this album is a masterpiece of emotion, and very few releases can claim that.