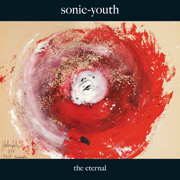 There might not be a band in alternative music as universally respected & loved as Sonic Youth.  Now in their third decade, the New York outfit has moved from scenes such as late seventies art-rock to eighties punk rock to early nineties grunge to experimental music, noise-rock and more, putting out record after record in an astonishing display of longevity (and this is a band with a married couple, singer/guitarists Kim Gordon & Thurston Moore…).  The individual members have become iconic, such as Gordon carrying the blonde alt-frontwoman torch from Deborah Harry to today’s Emily Haines (of Metric – QRO live review), to Moore (QRO solo live review) seemingly single-handedly promoting the noise rock genre.  Lee Renaldo may be the best guitarist in alternative music, and drummer Steve Shelley the most famous person in indie who could be standing next to you at a club and you won’t know it.  They’ve been featured on The Simpsons (playing the theme song in the excellent ‘Homerpalooza’ episode), had a record inducted into the Library of Congress (1988’s seminal Daydream Nation – QRO deluxe edition review), even closed down Brooklyn’s McCarren Park Pool (QRO venue review).

And the band’s internal dynamics have remained impressively consistent.  They did add Jim O’Rourke on bass in 2000, after Gordon’s late nineties move from bass to guitar, but had found a home on DGC/Geffen in 1990 (around the same time that Nirvana did…).  But in recent years (at least in the Sonic Youth time span), there has been surprising movement: first O’Rourke left in 2005, and the band made Rather Ripped as the original four-piece the following year.  But you knew Gordon wasn’t going to stay tied down the bass again, and Sonic Youth found maybe the awesomest ‘touring member’ ever to pick up the four-string, Mark Ibold of almost-as-iconic (but, unfortunately, late & lamented) Pavement (QRO deluxe edition re-release review).  And after Ripped, the band took their longest time between records to-date – due in no small part to them leaving DGC/Geffen after nearly twenty years for established indie imprint Matador (Pavement, among many others).  So what is The Eternal, after so much (unprecedented for Sonic Youth) internal turmoil?  Oh, nothing much – just another great Sonic Youth record…

Ibold joining full-bore does seem to have let Gordon do more vocal work, contributing or leading on two-thirds of The Eternal’s tracks.  This means more enjoyable ‘Kim rockers’ like opener “Sacred Trickster”, but especially ‘Kim screamers’ like the following “Anti-Orgasm” or mid-album piece “Calming the Snake”.  Moore and particularly Renaldo seem to have decreased their primary duties, with Renaldo only taken center stage once, on “Walkin’ Blue” – he’s long had an underrated voice, its nice loss well-married to the instrumentation of “Blue” (though the underlying rhythm of the piece is a little ill-fittingly garage-simple).  Moore provides a surprising stand out in the preceding “Now Way”, giving just enough expanse to the art-punk.  And all three voices work together very nicely when all together, such as on the smoother “Leaky Lifeboat (for Gregory Corso)” or “Malibu Gas Station”.

The Eternal also features Sonic Youth’s well-known experimental extendings – and not just in finisher “Massage the History”.  Unfortunately, that does drag out too far two otherwise top-notch tracks, “Anti-Orgasm” and “Antenna”, which has some of that relaxed vista sounds you forget that the band does so well.  Rather Ripped was a relative ‘return to simplicity’ for the group, after stretching far in the first half of this decade, and Ibold taking up the O’Rourke spot seems to herald a return to that.

How Sonic Youth have managed to stay so tight and relevant for so long is anybody’s guess, but even after recent upheavals and semi-hiatus, they’ve returned well (though Ibold’s now full-time status does seem to make the Pavement reunion even less likely.  Oh well, now-labelmate Stephen Malkmus – QRO live review – is never going to make it happen anyway…).  Though somewhat lacking in alt-rock singles, The Eternal isn’t just a tribute to their longevity, but a(nother) strong example as to why.