One has to think Dave Pirner would intrinsically, sardonically, full-heartedly approve of the manner in which this review came to be.... 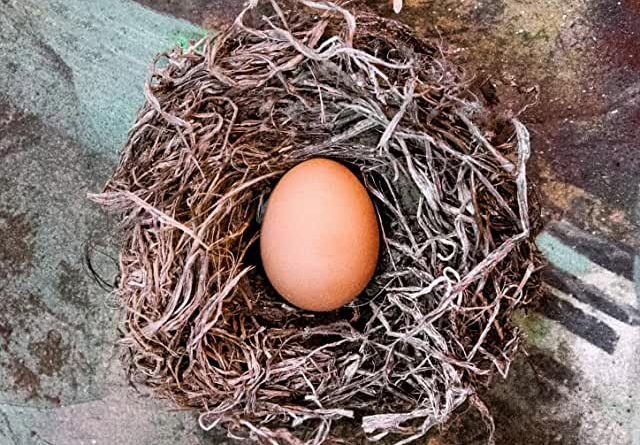 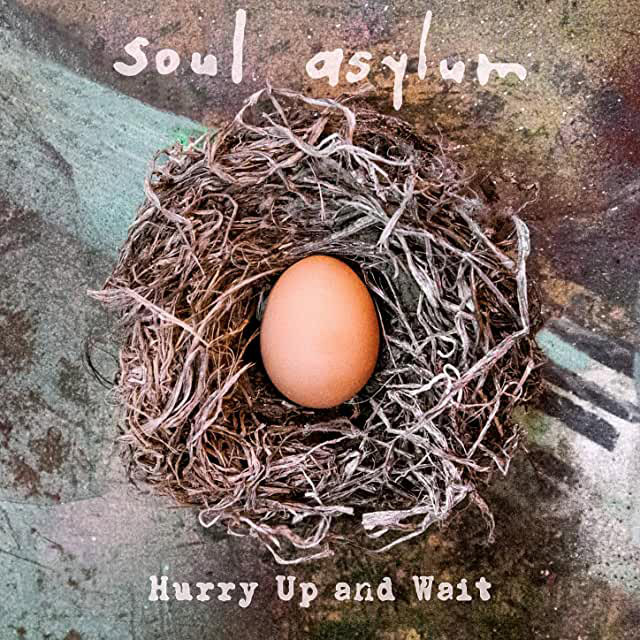 One has to think Dave Pirner would intrinsically, sardonically, full-heartedly approve of the manner in which this review came to be. Beneath an elder statesman of a sweetgum tree, dead-center of a deadlock enforced isolation that, for this writer, trundling in her wayward forest-tucked cottage, represents a boon rather than a psychological bear – all while the world as we thought we knew it burns. Bears of the black and four-footed variety, coincidentally, being the only pre-submission reading audience available in my ‘neighborhood.’ There’s something very Soul Asylum about that whole vignette. If anyone has residual expertise in the realm of atypical funerary rites for esoteric, familiar things, it is the Soul Asylum boys. If you have not picked up Hurry Up and Wait, their twelfth studio full-length and first for Blue Élan Records, do your quarantine right and change that post-haste. Produced by erstwhile collaborator John Fields at Nicollet Studios in Minneapolis, this record percolates with the kind of primordial metabolism that can swiftly make sewer decadence out of your nastiest nail-biting neuroses.

As we are mostly all plastered in place like new wallpaper at present, stupefied into speechlessness, let’s start with the words here. Christ all Friday is Dave Pirner a lyrical Demosthenes. His sung stories are hauls and trawls of reckonings for nearly every invisible obligation, communal hurt, and maiming mistake a human can experience in a lifetime well and truly lived. He does not just tell you about these anguished events, which would be enough to place him a class above most songwriters, he makes the story feel like you told it to yourself. This is a gift from another place. The supersaturated interlineation of allegory, allusion, archetypes, alchemy – these are the brushes Pirner pulls, as from a quiver, to verbally paint what amount to melodic free passes for the destruction resident in all of us by our very natures. Yet he never sets so much as a single note into ‘precious’ territory and nearly every song harbors some lovely reminder that he still knows how to get legless any time, damn the torpedoes. Pirner is an aggregator, not a manufacturer, and that may be his rarest and most truly precious quality as a songwriter. It is likewise impossible not to marvel at the prophetic prescience of this album’s name and accompanying cover image (an unassuming egg in a rugged nest). Call it psychic pandemic rock. This record seems to respire with the hard maxims and enervations of this freakish moment in time.

From the very first track, humbly titled “The Beginning”, you get Cupid, Casper, and overalls. This song emanates all of the innocent hopefulness of a Sadie Hawkins dance, the unexpected horns trammeling what you might have called it without them – some gorgeous piece of theft from Pete Seeger. One of the best aspects of this record is the way it quietly, unironically lampoons the way post-internet brains think songs should work. “Make Her Laugh” is a funicular sermonette on relationship sunset clauses. Only Pirner knows to write things like, “Well it’s after hours at the break of dawn / You’ve made your bed all day long” and “Now I’m first in line for the last word” on all our behalves. The imagery he uses here to describe those gaunt last moments with a long-time partner, just before the final fight finishes it all, make the ultimatums seem like they are made of georgette and the promises duly of plastic.

If you are the kind of person who engages in what I call “heartbreak hair of the dog” – meaning you like to combat your sadness with submachine guns of more melancholy – take yourself straight to Track Two. “If I Told You” not only makes lyrical reference to seeing “every shade of grey,” but is even written in Pirner’s signature grey key, the same bittersweet inflection first showcased in the revered “Runaway Train”. This song, like that one, corporealizes our contemporary fears as a society, lays bare Pirner’s unique ability to make a major key sound like a minor simply by the presence of his lambent disunity, and also grants this lucid cinch of a chorus lyric we all echo right now: “Iiiii misssss the sun.”

All the glory here is not to be delivered to Dave, however. Track Six, “Social Butterfly”, contains a centrifuge of chiming guitar work by Ryan Smith (originally of Melismatics fame), who is deft and diabolically talented on any day, but here gives such studied sonic references to everything from The Byrds to The Sundays. Smith systematically demurs to puckish progressions that would conveniently interlay with Pirner’s vocals and opts instead for a much wider spectrum of gravity in the notes he chooses, and how lucky we listeners are for that. The ensuing effect is that of a Thoreauvian phantasmagoria – but don’t “make it fashion,” make it gutter. “Glitter in the gutter” could surely stand for a singular interpretation of Soul Asylum as an entity. Wynston Roye on bass and the mythical Michael Bland kit-keeping round out the remainder of this rechristened coterie. Consider yourself officially challenged to sort out a sturdier rhythm section in any rock band outside the Stones.

“Dead Letter”, the song after which Soul Asylum’s recent tour outing with Local H was named (QRO live review), reports the tale of a woman who writes a letter revealing violative secrets, places the letter in a book and then dies in childbirth before the letter can be sent. The very concept of a dead letter itself is so deeply emblematic of prototypal Soul Asylum. They have always been engaged in a sort of food fight monograph with lost worlds and forgotten chances so nearly missed that they evolve into an earthquake of rue with its own zip code.

Yet Dave Pirner is a remarkable tactitian of human emotion and a word-surgeon working in the medium of contravention. He always exhibits an extraordinary comprehension of the permanent kinship between what is spiteful and what is splendid, and this means you don’t get to lay in the gutter too long. Thusly, on the undercarriage of the dolor in “Dead Letter” lives its mirror twin – loyalty – the absence of which still serving as the most generative cause of torment’s existence, and this record treats those emotions like full-human characters, and also like the inversions of one another that they so truly are. On “Here We Go”, which is the very next track after “Dead Letter” and its side-by-side partner, if you will, you get Pirner’s rhapsodic roman à clef on unconditional love and friendship that wants to prove itself rather than running from the opportunity. People like pretty, meme-able chalk talk about relationships. Very few have the guts to live or love like the words they claim to favor. Pirner’s emphasis on the kinds of union that last through dissolution tell much about his willingness and commitment to writing in homemade tattoo ink what others only lightly pencil.

“Freezer Burn” gives you an objective chance to see what becomes of such valor in a world that has forgotten that such words (and corresponding people) exist. The tune veritably implodes with Pirner’s battle-scarred amazement at the cruel frigidity and apathy with which the best of a person can be thoughtlessly treated by its recipient. This is a song centered on the experience of being awakened to, though never trammeled by, the social weaponry less courageous individuals use every day in order to get by. “I never thought you’d turn out who you turned out to be” and an innuendo regarding the “gears of love” make all that interpersonal loss feel like all the other anonymized data being sold by self-interested corporations out there – the giver always loses privacy, autonomy, and a bit of magic. All of this while Ryan Smith has now sorcereled his guitar into a humming horde of bees.

“Silent Treatment” is a directional excursus on the industrious illusions we build of others that may well turn out to be your next fanfaronade of solitude. “The silence is so deafening / It somehow makes me smile.” This one is a canorous diapason on the way that no one really cares. So what do you do if you are that exquisitely rare unicorn-of-a-person who does? Pirner sonically admires a girl who likes actual unicorns here but this time the legendary creature has been transmuted almost into a hashtag by her flippant, noncommittal attachment (to seemingly everything), her admirer included. He’s the real unicorn in this lover’s landscape, but making his way, with no small degree of self-deprecating comedy, in a world conditioned not to see magic even when it is an arm’s length away. “When the silence finally breaks, you find out just what’s fake.” Words to live by once we all exit this lockstep lazaretto we have been sharing since March.

But back to that bit about words. Dave Pirner, oh he of the beetling brow, an alderman from the selfsame alternative world he frequently makes into a freeform pasquinade, has something illuminating to give you on Hurry Up and Wait. It is an offertory splashed with imperative and odic f-bombs amid spindly postmodernism-meets-neoclassical poetry. This record is a cottagecore fairytale for those of us who can remember what it is to be gracious about mistakes, about things like divorce, about failed hubris incidents of every code and color. It is a fable farmhouse built with an industrial copper roof made by characteristically pragmatic Midwestern hands. The f-bombs then become the most poetic words in the lyrical cache simply for being so charmingly ex cathedra.

Scarcely anyone beyond Pirner, Thom Yorke, and Neil Young can still do that today – make plain sailing out of what would be deemed classically profane in anyone else’s mouth. One of the last phrases on this record is “stupid shit,” and it is the furthest mile from a wanton blues or a withering antonym here – it is just instantly sensible, recognizable, unambiguous, and totally unaffected – something any drab aunt or even grandma would smile and salute. As a great student of the way in which people vary in their cussing connoisseurship, and an even greater fan of anyone who does it well and with original purpose, I marvel once again at Pirner’s far-reaching command of all words. A verbal voluptuary, he makes them veer places others cannot and schooled me good and proper once again on why I have always thought of him as the banjaxed bloodfolk of Bruce Springsteen, if The Boss had been ornery and antagonistic in the way of beggar seagulls. Rakish, heathen, and ecosexual, this album could be the indigent cousin of Devils and Dust, yet easily one of the richest recordings you are likely to hear this year.

A mute choir of exceptionally tall Chattahoochee pines, diamondiferous in their sunlit stage lighting, swayed in perfect tandem on all sides as this record met my ears for the first time. Out of doors. Free of chores and indefinitely unleashed from hours with distinct faces. This is exactly how I would recommend listening to it, as the world around us has turned as obverse, paradoxical, and antithetical to prediction as Soul Asylum always seemed to say it had forever been. We are undeniably on their antipodean turf now. All any of us can do is hurry up and wait. The trees unanimously approved. Odds are your quiet, “new normal” heart will too.