The soundtrack album to Dave Grohl’s Sound City documentary should have been a highly anticipated release for any rock and roll fan this year.... 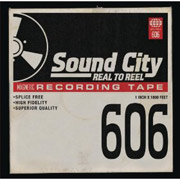 The soundtrack album to Dave Grohl’s Sound City documentary should have been a highly anticipated release for any rock and roll fan this year.  It is one of the most talent-packed albums in recent history.  Does it live up to the hype that the names attached to it demand?  Mostly, yes.  In a few ways, not as much, but let’s get down to the nitty-gritty!

Looking at this album for what it is, it’s not meant to be ‘Record of the Year’ and it isn’t intended to sell a million copies.  It is quite simply a tangible representation of what Dave Grohl’s film set out to accomplish: it pays homage to an incredible recording studio (particularly to its Neve mixing console, which Grohl now owns and operates out of his Studio 606) and the seemingly limitless number of classic albums that rolled out of there during its years of operation.  To give you an idea, here are just a few albums recorded at Sound City Studios: Fleetwood Mac’s Fleetwood Mac, Nirvana’s Nevermind, and Rage Against the Machine’s Rage Against the Machine.  I don’t care who you are nor what your music preference is, those three albums alone are evidence of quite a legacy.

I suppose no album is one hundred percent perfect.  Even an album packed with as much talent as this one has its flaws (seriously, the amount of talent is at times, almost overwhelming).  Most of the songs go on for a bit too long, especially the seven minute and forty-four second long “Mantra,” which features Queen’s of the Stone Age’s Josh Homme (Queens of the Stone Age recorded three albums at Sound City over the years) and Nine Inch Nails’ Trent Reznor (Nine Inch Nails recorded 2005’s With Teeth and 2008’s The Slip at Sound City).  It’s a great track, but might lose some people after five minutes.  Another example is “You Can’t Fix This”, which features the always-incredible Stevie Nicks of Fleetwood.  If you aren’t sick of the word “devil” after listening to this song then check your pulse.  This song is a good example of how many of the songs on this album show their spur-of-the-moment-ness as far as lyrics go, but musically, are great.

Speaking of musicality, there are plenty of stellar guitar riffs and catchiness to be had on this album.  Oddly enough, the catchiest song is more of a ballad and of all the artists featured on this album its vocalist is probably the least expected to be on a song of that style.  The person in question is none other than Slipknot’s Corey Taylor (Slipknot recorded their hardcore sophomore record Iowa at Sound City).  Did you ever think you would hear a song that featured both Corey Taylor and Rick Nielsen of Cheap Trick?  Neither did I.  But that’s why this album is cool.  Again, it is just a bunch of musicians from different walks of life coming together to celebrate an iconic piece of music history.

One of the most hyped tracks is the Paul McCartney-fronted Nirvana reunion (at least the way it was portrayed in the media), “Cut Me Some Slack”.  The world was first exposed to this song back in early December when it hit the web and then a few days later was played live by these guys at the star-studded 12/12/12 concert.  This is a hard-hitting and pretty rad track, all things considered.  But does it fully embody everything that you would think a Paul McCartney-fronted Nirvana reunion would?  Not really.  It drags a bit too much to be a song by a group under that title.  However, if you don’t look at it as a pseudo Nirvana reunion with Paul McCartney replacing Kurt Cobain (honestly, even Sir Paul himself can’t do that) and look at it as a song comprised of Paul McCartney, Dave Grohl, Krist Novoselic, and Pat Smear playing their hearts out, then it’s great.

At the end of the day, that line of reasoning is what helps the true awesomeness of this album shine through.  One way to look at Sound City: Real To Reel is as an album full of random songs that don’t really live up to the artists they feature, but another way to look at it is as an album featuring tons of talented musicians who were able to come together and make a bunch of solid rock songs because they all owe a measure of their success to a raggedy old recording studio that had an awesome mixing board.  That seems like the better way to go.

Sound City – Heaven and All