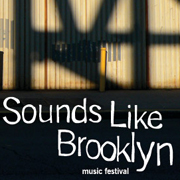 Brooklyn Academy of Music has always been a bit of an odd fit: a classical arts institution more in line with Manhattan’s Upper West Side (like Lincoln Center – QRO venue review), it’s instead located in the Fort Green area of Brooklyn – not even the borough’s hipster Williamsburg or posh Park Slope, but instead near a stop of the Long Island Railroad and Flatbush Avenue’s neon-lit shopping area.  The events held there can be a bit of a mix, from classical dance & theater to first-run studio-art-house movies.  And in the end of January/beginning of February, BAM plays host to ‘Sounds Like Brooklyn’, their celebration of the borough’s own music, which culminated with Ra Ra Riot and The Antlers at BAM’s main venue, Howard Gilman Opera House, on Friday, February 5th.

The ‘Sounds Like Brooklyn’ festival (dates in QRO NYC Show Preview) actually takes place at venues all around the borough, from Gowanus’ Bell House (QRO venue review) in the southwest to Bushwick’s Goodbye Blue Monday (QRO venue review) in the east to Williamsburg/Greenpoint’s Brooklyn Bowl (QRO venue review) in the north.  But the main action is at BAM’s Howard Gilman Opera House (QRO venue review), a turn-of-the-century, two-thousand-plus seated venue with two balconies.  The weekend prior, Howard Gilman had hosted Brooklyn’s Les Savy Fav & Vivian Girls on Friday (QRO event listing), Rain Machine & Anti-Pop Consortium on Saturday (QRO event listing), but for its final rock show (kids music favorite Dan Zane is doing two afternoon sets on Saturday – QRO events listing), BAM reached a bit out of the borough for Ra Ra Riot; the band all met at school in Syracuse and now live up-and-down the Eastern Seaboard.  However, the opener was very Brooklyn, in up-and-coming locals The Antlers.

Singer/songwriter Peter Silberman’s Antlers put together a tragic, epic-yet-intimate ‘concept album’ about watching a loved one dying from cancer last year in Hospice, which turned a lot of heads and ended up on many best-of-2009 lists (QRO Top 60 Albums of 2009).  Its sound was perfectly suited for the artsy grandeur of Howard Gilman, with a light show that only intensified it (if being a bit overbearing at times).  The Antlers didn’t play all of Hospice, but most of it, roughly in order, and so, like the record, their set was a bit front-weighted, thanks to excellent early pieces such as the intimate post-rock tragedy “Kettering” and “Bear”, with “Thirteen” once more proving a relatively dip in the middle.  However, record/set closer “Epilogue” was really raised from Hospice, as its close-up storytelling took advantage of the size of Howard Gilman in the way that “Thirteen” didn’t.

The three-piece were accompanied by two horn players, including Jon Natchez of Beirut (QRO photos), a guest-performer on records by a number of Brooklyn indie bands (White Rabbits, Harlem Shakes).  That, plus drummer Michael Lerner being pushed to the front of the stage, and all of Ra Ra Riot’s equipment up on stage behind The Antlers, meant that the small group actually filled the stage quite nicely.  The band started off to a less-than-full audience, with many patrons coming in during the performance, which not only had the late arrivals standing while they found their seats, but also anyone in their row between them and the closest aisle.  The seat numbering, counting off from the middle aisle, odds to the left, evens to the right, also seemed to confuse some people, as did the mostly-in-the-dark seated area, despite the best efforts of the ushers.

However, during “Thirteen”, one girl appeared up front in Howard Gilman’s recessed pit; security’s seeming acquiescence to her being there encouraged others to join her, right at the lip of the stage; slowly at first, then quite a few, then tapering off.  Though it was a little strange while the pit was filling up, the crowd up front did help make the back third of The Antlers’ performance feel more intimate, something that could have been lost in the opera house-size of the space.

Following a short intermission (enough time to wait in the long, somewhat ill-managed drinks line, and have one beer), Ra Ra Riot (QRO spotlight on) took the stage.  By this point, there were people already in the front pit at the start of the show (indeed, some may have never even left), but you could still just walk into it – at least until staff stopped people, well before the pit was full.  Most of those in the pit were young & eager, not hipster & drunk (well, there were a few), as it was the first all-ages show in the city that Ra Ra Riot has headlined since South Street Seaport (QRO venue review) back in the summer of 2007 (QRO live review).  It all was a quite pleasant way to watch a band as successful as Ra Ra Riot on a big stage, close but not squeezed like you would have been at their last NYC show (QRO photos), ten months ago at Webster Hall (QRO venue review); kind of like seeing them from a large photo pit, with fans instead of photographers (which even photogs themselves will admit is a better audience).

All six members of Ra Ra Riot seemed a little nervous at first, in the massive & elegant Howard Gilman Opera House, and that kind of came through when they began their set with a new number.  The high beauty and emotion of the new piece were nice, but even the crowd was a little off-put by it being the night’s opener.  It was only with the subsequent “A Manner To Act” (one of the few songs from their self-titled EP – QRO review – not on follow-up breakthrough LP, The Rhumb Line – QRO review) that the band, the crowd, and the show really kicked into gear.  Yet Riot had another bit of a curveball in “Suspended In Gaffa”; while the Kate Bush cover was on Rhumb, even the band admits it’s an odd piece.  Still, this curveball worked, as the group’s limited songbook has always meant that shows can feel a bit similar & expected; messing with the set list is a good way to change that up.

Following “Gaffa”, six-piece orchestra back-up yMusic joined the band on stage.  That ensemble is becoming a go-to for the indie-meets-classical trend in Brooklyn music, being a featured performer next month at MusicNow festival (QRO Festival Guide) in Cincinnati, whose curator is Queen City native, Brooklyn resident Bryce Dessner of The National (QRO live review).  Ra Ra Riot singer Wesley Miles (QRO interview) particularly seemed to light up when yMusic appeared, and the seated ensemble did help stock the stage – whereas the three-person Antlers had surprisingly filled the Howard Gilman stage rather well, thanks to horn players, drummer pushed up front, and Riot’s equipment behind them, six-person Ra Ra Riot had a little more trouble, all alone up there.  Riot’s lighting, less spotlight-y than The Antlers’, was more enjoyable, but also left the empty spaces more lit up than during the opener.  Violinist Rebecca Zeller seemed particularly isolated on the house-right of the stage, as the house-left had a grand piano and keyboard set up, which pushed cellist Alexandra Lawn & bassist Mathieu Santos (QRO interview with both) more towards the middle, and guitarist Milo Bonacci would sometimes leave his house-right spot between Zeller & Miles; when yMusic set up behind her, she wasn’t quite as alone.

yMusic were there for Ra Ra Riot’s best new song of the night, “Too Dramatic”, which married Riot’s higher sounds to their uplifting energy.  That could be said about a lot of the bands songs, such as the following “Oh, La”, and the ‘all their songs sound the same’ criticism has certainly been leveled at them – but when they sound so good, who cares?  And they do have sadder fare, such as the subsequent “Winter ‘05” (where “two-thirds of yMusic have left us, but like all good friendships, we will see them again…”).  Still, the band is definitely about the uplift, even with such pieces as “Dying Is Fine” or “St. Peter’s Day Festival”; late drummer John Pike penned the latter, before his tragic young death, before the band’s current success.  yMusic rejoined Ra Ra Riot for the last three songs going into the encore break, all serious fan favorites, “Can You Tell?”, “Too Too Too Fast” and “Dying”, which also included a clap-along that turned into Miles high-fiving everyone in the pit whose hands could stretch up & out to meet his.

The band returned for an encore, yet began with another new song (believed to be titled, “Foolish”); the opera house being a more natural setting for cello & violin than your usual rock club enhanced the strings-led brightening of the piece, but again with the new opener?  It did nicely lead into the starting strings of Rhumb‘s “Run My Mouth”, but instead of ending the night with the only published song of theirs they hadn’t played, Ra Ra Riot-only “Everest”, the group closed on a new number (possibly titled, “Your Love”).  However, the evening’s finisher took the band’s uplift, and the speed of “Too Too Too Fast”, while throwing in more catch, for a memorable piece.

Ra Ra Riot & The Antlers have both been seriously building, though Riot is obviously further along in the process.  Both acts also have a classical, orchestral flavor, Riot’s cellist & violinist, Antlers’ operatic grandeur.  They’re both also a bit in-between at the moment, Riot working on a new record for this summer, Antlers about to go on tour (QRO photos from the tourQRO review) with Editors (QRO album review).  In short, they were the perfect fit for Brooklyn Academy of Music and it’s ‘Sounds Like Brooklyn’ festival.