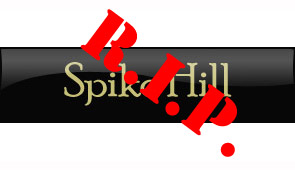 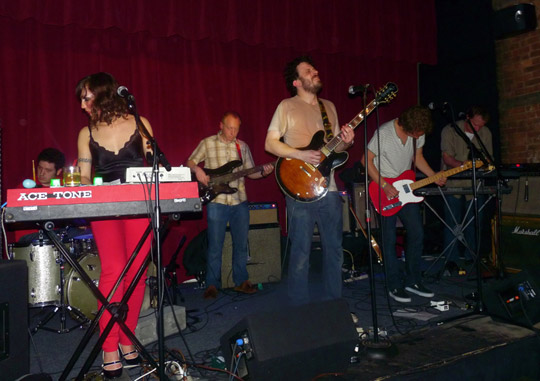 Spike Hill is located on 184/186 Bedford Avenue, between North 6th & North 7th Streets – there are actually two spaces, a bar at 186 and a smaller bar & venue at 184, ‘Spike Hill Music’.  It lies right in the middle of the most active part of Bedford Avenue, just off the L subway stop.  It is one-and-a-half blocks southeast of Cameo, two-and-a-half blocks southeast of Music Hall in Williamsburg and the former Public Assembly, four blocks northwest of Union Pool, and in the Williamsburg area with those venues, Death By Audio and Glasslands.

The venue stretches back from the street, past some tables & chairs, then along a bar, until opening up in the back, with a stage floor & stage.  The back area is quite dark, with the stage floor elevated a few feet from the stage floor (and steps up to it in the middle).  There is a curtain behind the wide but rather thin stage, and a few high tables on the sides of the stage floor.

Spike Hill, even ‘Spike Hill Music’, is really more of a bar than a venue.  Located right on the most popular block of Bedford Avenue, it gets lots of foot traffic, but mostly for the bar, not the bands.  The venue can feel a bit like an afterthought, way in the back and in the dark.  However, the sound & lighting (on the band) is better than you might expect, especially considering the place is almost always free (only ticketed during festivals like CMJ & Northside).  Easy to reach, but is better as a bar than as a venue. 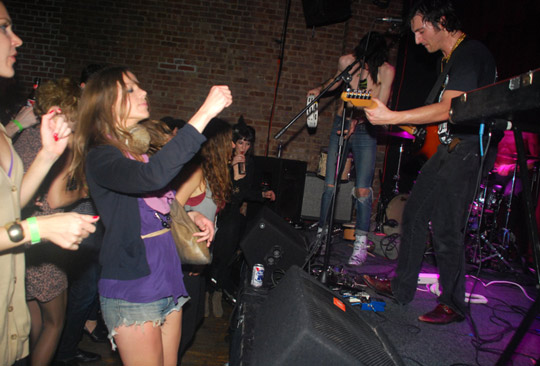