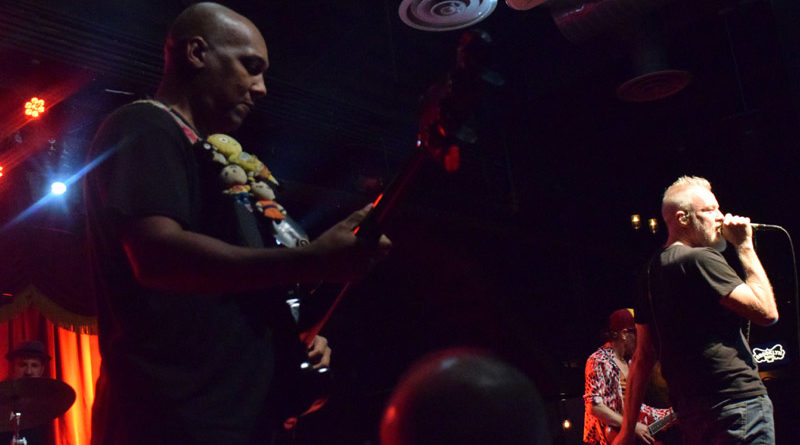 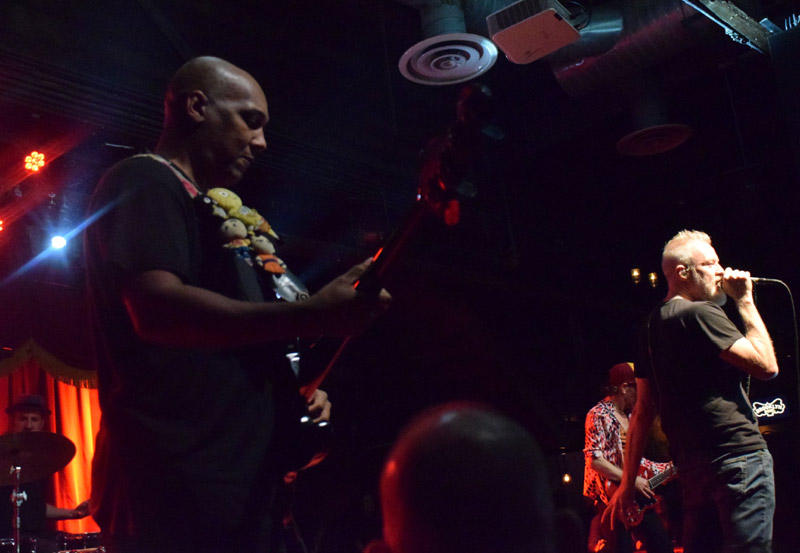 By this point, every nineties and even eighties group that can come back has, but some reunions have been better than others. No one asked for another helping of Marcy Playground – even archetype one-hit-wonder Deep Blue Something returned. But one of the more enjoyable revivals has been Spin Doctors, who celebrated their thirtieth anniversary at Brooklyn Bowl (QRO venue review) on Thursday, November 8th. 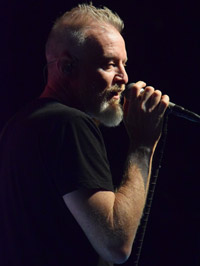 Spin Doctors emerged from the jam band scene in New York (albeit Greenwich Village, but this was long before Brooklyn became so cool that it’s passé), and had some big early nineties alt-hits in “Two Princes” and “Little Miss Can’t Be Wrong” from debut album Pocket Full of Kryptonite. They were part of the same neo-hippie movement that birthed the likes of Blues Traveler and even Phish, though never matched those band’s popular longevity, as singer Chris Barron’s vocal chord paralysis in the late nineties nearly left him unable to even speak. Band members have left, but they’ve since returned, with Barron joke-noting that at Brooklyn Bowl it was, “The original Spin Doctors.”

One thing that was great about the show was that the band didn’t shy away from acknowledging their brief nineties fame. Before “Little Miss Can’t Be Wrong”, Barron said, “Here’s a song that was on the radio, maybe you know it.” After introducing the rest of the band, Barron said he was, “That guy in that hat,” referencing his still iconic knit hat in the video to “Two Princes”:

Barron even went to the extent of asking who was there just because of “Princes” and “Little Miss”, following with, “No judgment.” So many veteran acts have a tricky, even troubled relationship with their late ‘big hits,’ to the point where even fans don’t know if they’ll play them, and don’t want to be so gauche as to shout a request for an MTV hit (trying yelling for “Creep” at a Radiohead show…). But Spin Doctors are still a distinctly laid back band, still about having fun. 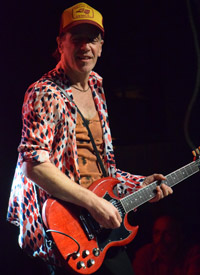 The show was broken into two sets, a still rare move. But this let the band extend their performance (there was no opener) – along with beginning over a half hour after scheduled 8:00 PM start (when introduced by the former booker for their old, now departed NYC haunt The Wetlands, he then went into dispelling the rumor that he never liked the Spin Doctors, and a young impatient fan loudly remarked, “I don’t care…”). They aren’t as young as they used to be, and neither was the crowd, but there was still much jamming going on.

And not just to the old hits. The two sets ranged from “deep cut[s]” like “Someday All of This Will Be Road” from 1994’s Turn It Upside Down to the title track from their most recent record, 2013’s If the River Was Whiskey. Guitarist Eric Schenkman sang his “Genuine” (he also raised his hand when Barron asked who was just there for the Kryptonite hits…). The set did lean towards older material, but that was to be expected on an anniversary. 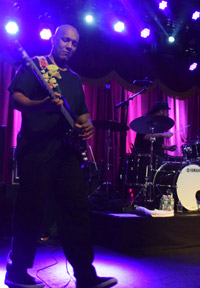 The old stuff did include “Little Miss Can’t Be Wrong” in the first set, and “Two Princes” in the second. The second set even had the song that gave Kryptonite it’s title, “Jimmy Olsen’s Blues”, which did sound a lot like “Two Princes” at first (and it hasn’t changed its down-on-its-luck story of a freckled ginger paperboy in love with Lois Lane, now that the new Jimmy Olsen on Supergirl is a gorgeous black man running a media empire and dating Lex Luthor’s beautiful sister…). “Two Princes” was obviously the closer, but the Spin Doctors jam-segued into another piece that gave bassist Mark White and drummer Aaron Comess chances to solo.

Yes, Spin Doctors will always be primarily associated with their early nineties boom, and that hat – only a few weeks ago, South Park featured new Colorado weed farmer Randy Marsh making a hat of hemp and putting it on his son Stan, starting the tune. But they’re that & more. 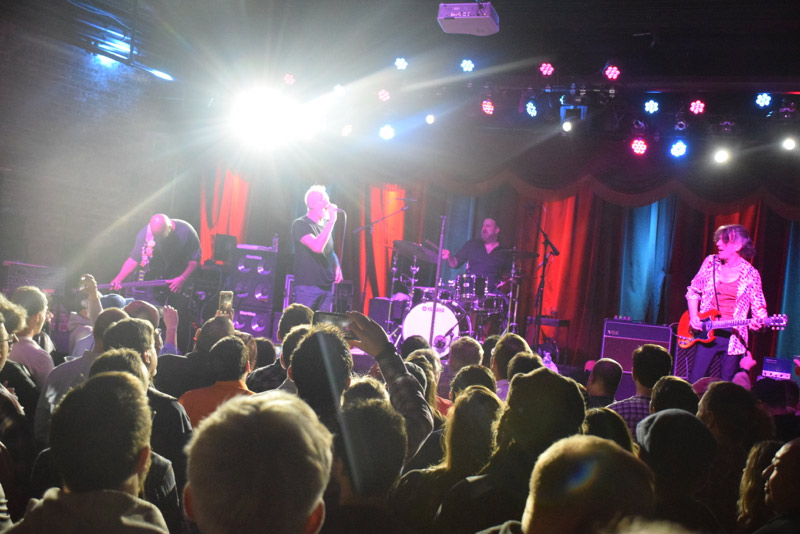