'Doris & The Daggers' is something of a throwback record, unabashedly upbeat and catchy rock.... 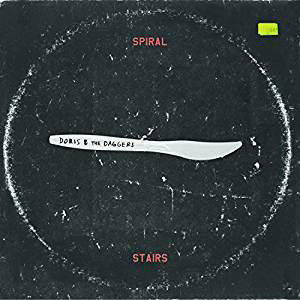 Scott Kannenberg will always be firstly known for his work in seminal nineties alt-rock outfit Pavement (QRO reunion review), but he’s release a few solid solo records in the twenty-first century as well. Keeping his Pavement moniker ‘Spiral Stairs’, Doris & The Daggers is something of a throwback record, unabashedly upbeat and catchy rock.

That’s most notably the case with “The Unconditional”, Kannenberg’s song about his unconditional love for his young daughter, but it’s so cheery and cheesy that one can’t help but enjoy it. Even his take on mortality, “Angel Eyes”, is relaxed – as is his awesome ode to Scotland, “Dundee Man”, that needs to get played at a Scottish National Party rally.

If you don’t want to listen to someone who’s upbeat about life, by now middle-aged, look elsewhere. But it’s hard not feel bright about things after hearing Doris & The Daggers.