Spiral Stairs' new 'Medley Attack' is a throwback, to the easy-going power-pop of the seventies.... 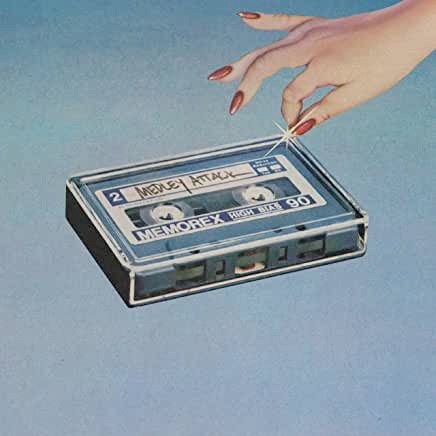 Two years ago, iconic nineties alt-act Pavement were supposed to reunite again, but then you-know-what got in the way, and so it’s only happening now. But that means that it coincides with the release of Medley Attack by Spiral Stairs, a.k.a. Scott Kannberg of Pavement. Like his last Stairs release, 2017’s Doris & The Daggers (QRO review), Medley is a throwback, to the easy-going power-pop of the seventies.

That seventies throwback is most clear on “Hey ‘70”, a tribute to the actual year, but most of the easy-to-listen-to record (coming in at only nine songs, 37 minutes, something enjoyable in these days of too many online double-albums…) has that sweet power-pop sound, maybe best with “Petrified”. There are a couple of divergences, the darker take on a friend dying in a hospital “Dry County”, and the grander, more compelling alt-emotion of the following “Time = Cuz”, but for the most part Attack is friendly companion.

Scott Kannberg may always be the ‘other guy in Pavement’ (he was never even in Sonic Youth like Pavement bassist Mark Ibold), but that role did make his Spiral Stairs nickname. So, take a bit of time out & relax with Medley Attack.