While he fronted his own group, Verbow, back in the nineties, Jason Narducy has come into view these days via his work in other people’s bands.... 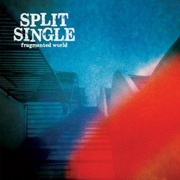 While he fronted his own group, Verbow, back in the nineties, Jason Narducy has come into view these days via his work in other people’s bands. Most notable is serving as bassist in Bob Mould Band (QRO live review), but he also recently filled in for hyperacusis-stricken Laura Ballance on bass for Superchunk’s tour (QRO live review), and has toured in Telekinesis (QRO photos) and with Robert Pollard (QRO album review) before Pollard got Guided by Voices (QRO album review) back together. But for his solo project, Split Single, Narducy harkens back to the best of nineties alt-rock in Fragmented World.

Calling Fragmented ‘meat & potatoes indie rock’ sounds like a backhanded compliment, but there’s a reason protein & starch has long been so popular – it’s appetizing as well as filling. Narducy puts an impetus behind nearly all the songs on his record, giving it a welcome necessity – these aren’t songs that he just made, but songs that he needed to make. He’s also able to leaven the push of pieces like “Monolith”, “Searches”, “Never Look Back”, and “My Heart Is Your Shadow” with other styles, such as the distant indie-loss “Waiting For the Sun” (which admittedly would have been better if not the record’s opener), the wistful cry “Last Goodbye”, the cheery title track, even the kind of Indo-psych “Love Is You”.

Like Dave Barbe before him, Jason Narducy might long be best known as being ‘Bob Mould’s bassist’ – though for Fragmented World, he recruited not only Bob Mould/Superchunk drummer (and wittiest musician on Twitter) Jon Wurster, but for bass duties got none other than Britt Daniel, main man behind Spoon (QRO live review), in some kind of Merge Records super-group (though Spoon just announced signing to a major…). But as Split Single, he’s made his own name by reviving and strengthening nineties alt-rock.

Check out this great video about Narducy’s greatest facet: