made a fifth triumphant return to filming an ACL TV taping on Wednesday, October 19th, at ACL Live at the Moody Theater for the famed television show’s 48th season.... 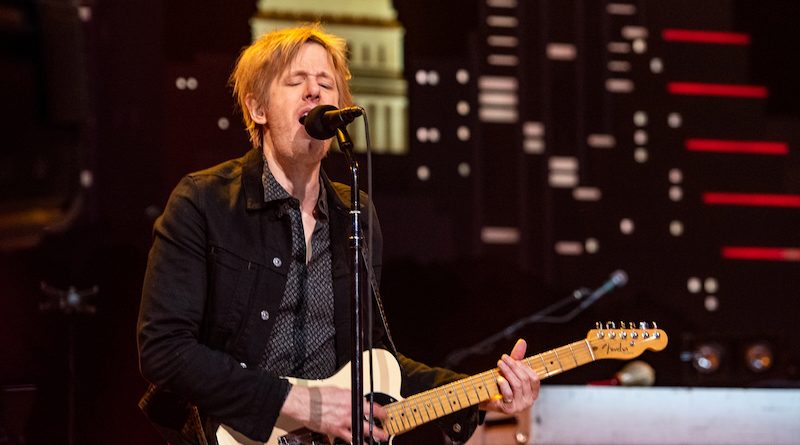 “Things we would never do at a normal show!” Punctuated Spoon frontman Britt Daniel as the band made a fifth triumphant return to filming an ACL TV taping on Wednesday, October 19th, at ACL Live at the Moody Theater for the famed television show’s 48th season. Opening with a cover of Smog’s (aka Bill Callahan) “Held”, Spoon’s one-hour plus recording leaned heavily into their newest album, 2022’s Lucifer On The Sofa (QRO review), the band’s most rock album to date.

Recording of Spoon’s latest album started in late 2018 and was due to be released in early 2020 but was then delayed due to the COVID-19 pandemic. After releasing the first single “The Hardest Cut” in late December of 2021, the band finally released the album in February of this year and capped off their 2022 tour with two weekends of huge shows at the ACL Festival held literally down the road the previous two weekends.

In the highly-controlled environment of the Moody Theater, the band was able to start a few songs over as well as bring in their horn section composed of several saxophone players and a trombonist to add bright color to high-energy tracks such as “The Devil & Mister Jones” and “The Underdog”.

“Here are some bonus songs since we didn’t have to do any songs over,” Daniel exclaimed excitedly as the band broke into a four-song encore, including a cover of John Lennon’s “Isolation”, “Utilitarian” from 1998’s A Series of Sneaks, “My Mathematical Mind” from 2005’s Gimme Fiction and a highly magnetic version of “Rent I Pay” from 2014’s They Want My Soul (QRO review). Despite a five-year wait between new album releases from Spoon, it’s clear the band still possesses the same magic and chemistry that brought them together nearly 30 years ago in Austin.