St. Lucia showcased their debut album at Portland’s Hawthorne Theatre, and broke the winter chill with their tropical dance music.... 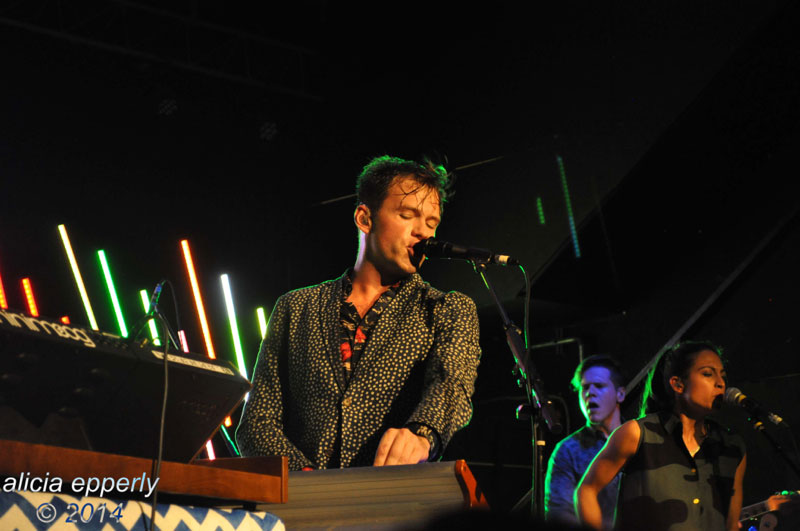 Click here for photos of St. Lucia at Pier 17 in New York, NY on September 21st, 2018 in the QRO Concert Photo Gallery

Click here for photos of St. Lucia at Hammerstein Ballroom in New York, NY on October 10th, 2013 in the QRO Concert Photo Gallery

Click here for photos of St. Lucia at 2013 NXNE in Toronto, ON, Canada in the QRO Concert Photo Gallery

Click here for photos of St. Lucia at 2013 Boston Calling in Boston, MA in the QRO Concert Photo Gallery

Click here for photos of St. Lucia at Music Hall of Williamsburg in Brooklyn, NY on December 12th, 2012 in the QRO Concert Photo Gallery

Click here for photos of St. Lucia at Bowery Ballroom in New York, NY on July 28th, 2012 in the QRO Concert Photo Gallery

St. Lucia showcased their debut album at Portland’s Hawthorne Theatre on Friday, January 31st, and broke the winter chill with their tropical dance music.  Lead vocalist and bandleader Jean-Philip Grobler was the main focal point throughout the night and the rest of the group embellished his songs in this live setting.  St. Lucia’s new album When The Night has received some great exposure due to their breakthrough single “Elevate” and the band played ten of the eleven tracks.  The evening started with the album’s opening number, “The Night Comes Again”, which acted as a sort of prelude to the show.  But before they launched into the rest of the record in earnest, they played two songs from their self-titled 2012 EP (“The Old House Is Gone” and “Before The Dive”).

When St. Lucia got to the fourth song, “Closer Than This”, the crowd was fully singing along to the refrain, “Keep on pushing on.”  If the audience’s reaction showed anything, it showed this song could follow up “Elevate” as a strong second single.  Grobler’s singing was in top form and the rest of the band (Patricia Beranek – keys/background vocals, Dustin Kaufman – drums, Ross Clark – guitar, and Nick Paul – keys) made the songs that sounded so good in recorded form go to another level in this live setting.  St. Lucia as a band are surely moving on to even bigger venues if they continue being as good as they are.

The middle of the set was definitely the high point of the show.  St. Lucia played what is sure to be a future single “All Eyes On You”, and then went into current single “Elevate”.  For obvious reasons, this revved up the crowd even more.  Next they kicked into Chaka Khan’s 1983 hit “Ain’t Nobody”, and though the segue was a bit awkward, once it got going, everyone was into it (even if half the audience didn’t know the piece).  St. Lucia sang along with Khan’s piped in vocals and it worked despite being a little clumsy.  After this, the pacing of the show slipped away.  Beranek took the lead vocal on the solemn “Paper Heart”, then Kaufman played a brief drum solo before the upbeat and uplifting “The Way You Remember Me”.  They then closed their main set with another solemn track “Too Close” and, though the set was fun, the pacing went array after “Elevate”.  The encore helped to rectify this with the dance-able “September” and then, after band introductions, they played their album closer “When The Night”.  So they had a theme for the show by opening and closing the concert with the opening and closing album tracks but about 3/4 of the way through things felt disjointed.  Over all, St. Lucia did a good job because they have the songs and the talent.  With some better pacing of their show, there’s no telling how many more people they’ll reach. 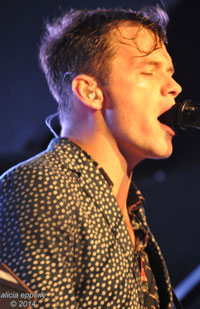 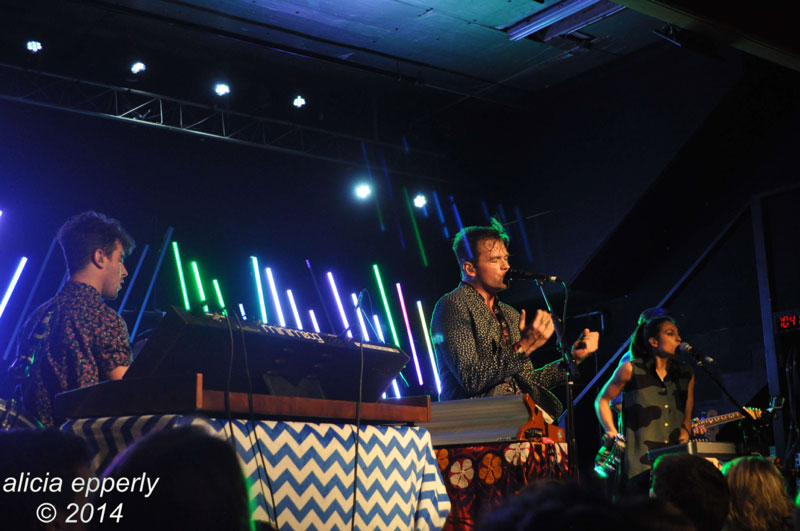