If ever a performer summed up the problem with genres, it’s St Vincent.... 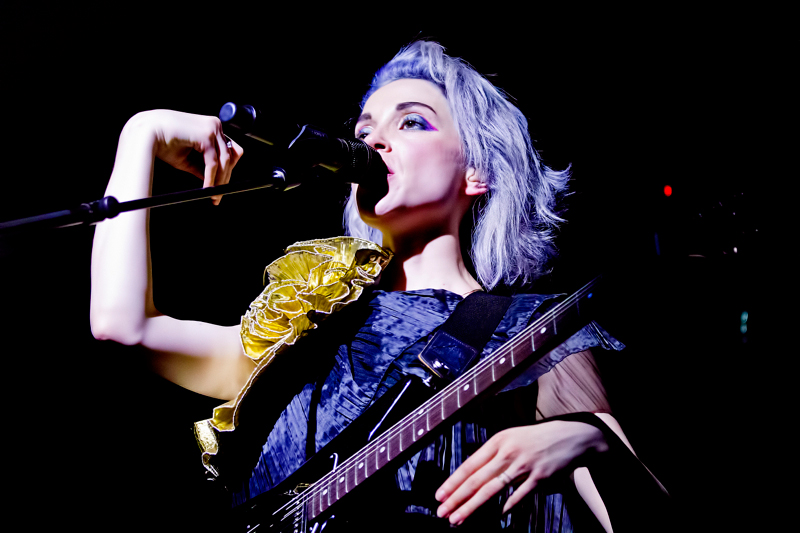 If ever a performer summed up the problem with genres, it’s St Vincent. Is what she does ‘alt-rock’, is it ‘art-pop’, ‘indie-baroque’, another permutation of the above, or something else altogether?

Whatever it is, Annie Clark’s (QRO interview) previous visits to Leeds (there appear to have been two, a fact which she checked with the crowd, having no recollection of either) have clearly made a mark because the Met was packed for her appearance on Wednesday, August 20th. Not bad for someone whose roots are at least partly in pop but whose highest ever chart position in the UK has been number 12 with her eponymous 2014 album (QRO review).

Not only was the place pretty much full, but also during a 25 minute enforced break when the sound packed up towards the end of opener “Rattlesnake”, everybody just stood and waited patiently for her return. No booing, no chanting, no throwing of plastic beer glasses filled with urine. This is some sort of record. Leeds must love her very much. 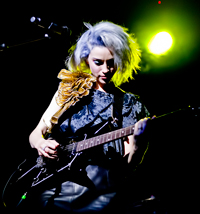 She returned to the stage and launched straight into “Digital Witness”, with the stage bathed in white light and loads of her trademark feedback heavy guitar. Her style has drawn a lot of favourable attention from guitar writers; a mixture of staccato fuzz riffs, long slides and her ability to coax strange, almost animal sounds from the instrument, that perfectly suit her vocals and lyrics.

The sheer intensity of her performance is compelling; this show was almost as much about physical theatre as it was about music. But in this department St Vincent has the advantage of being nearly eight feet tall (of which five is leg), achingly slender, and extraordinarily beautiful, with a strange kind of androgyny that depends not on her looking in the least like a boy, but rather on looking like women who do. If that makes sense.

Lots of people try to blend theatre and music, with varying degrees of success, but St Vincent is one of the few for whom the showmanship does not have any adverse knock on effect on the music. Musically this show was the business. 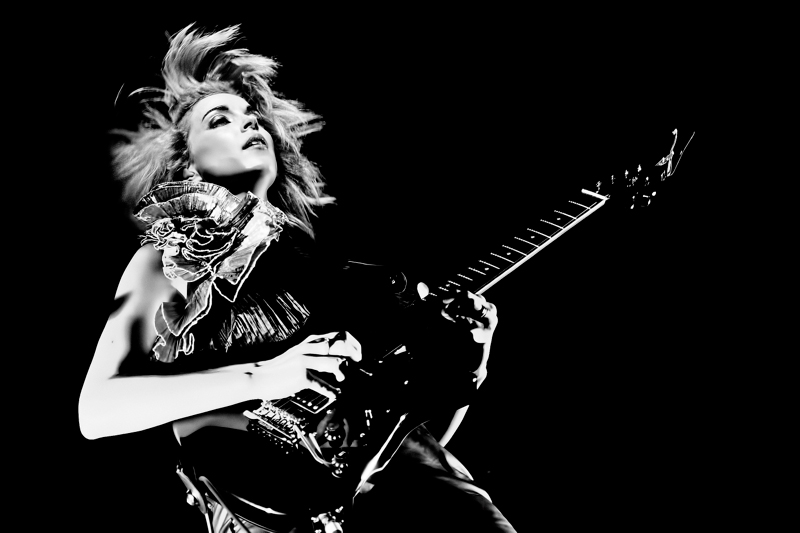 Hers is such a mesmerizing stage presence that it was almost impossible to look elsewhere. There was a band with her but nobody was looking. Being sideman (or woman) for St Vincent is no job for anyone with an ego. So long as she is on stage in a spotlight all eyes will be on her.

Of course for somebody with her sense of drama, a bare stage is always going to present a challenge, and at present her scope for grand set design is limited by the size of the venues she plays, but the addition of a four layer pyramid to the set up gave her plenty of scope to add a layer of theatricality to the show. 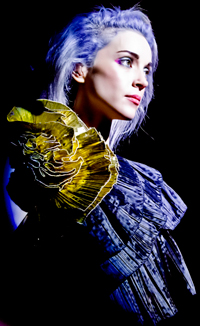 On some songs Clark climbed to the top of the stack to posture with her guitar, or to vogue in the spotlight or perform a duet with the baddy from Saw on “Cheerleader”. With the addition of two spotlights on a superb “Prince Johnny”, she threw shadows to either side across the backdrop so that she resembled either a gold-bodied butterfly with black wings or a particularly gorgeous Rorschach inkblot.

The opening bars of “I Prefer Your Love” found her lounging as decadently as any ‘40s movie icon on a lower layer, delivering the song as a smoldering torch ballad, and it closed with her laying on her back with her impossibly perfect legs dancing vertically and forming strange alphabets against the white of the pyramid. From the back, across a room full of heads and shoulders all we could see were some inverted feet dancing with each other but what fine feet they were.

The main set closed with “Birth In Reverse”, on which swirling keys and percussion combined to create a thundering backdrop on which to lay her most ethereal and emotive vocal of the night and the set closed with an encore of “Strange Mercy”, on which she held the audience spellbound with the simplest of six note riffs, and “Your Lips Are Red”, which started slow and built into a nursery rhyme before bursting into an explosive piece of industrial noise.

So that’s St Vincent’s third trip to Leeds. As we left the new arena was squatting across the road like a big jade terrapin. The likely venue for her fourth visit? If tonight’s show is anything to go by it certainly seems possible. 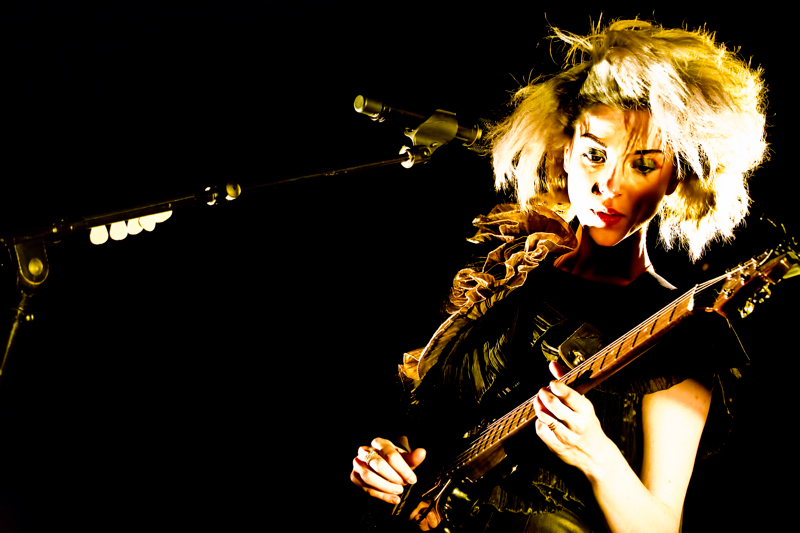