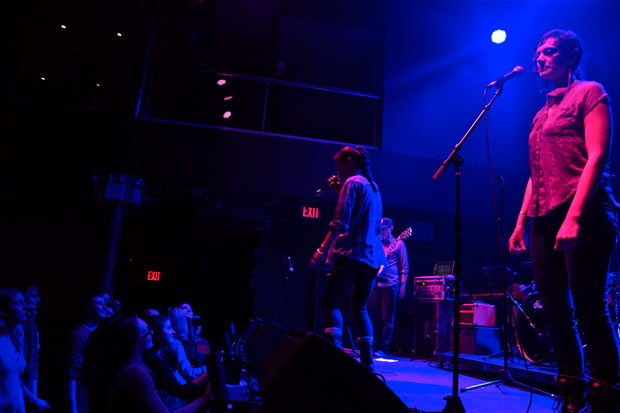 Stage 48 is located on 605 West 48th Street, Manhattan, between Eleventh and Twelfth Avenue. It is a new venue, having opened at the start of 2013.

Deep in the west of Midtown in Hell’s Kitchen, Stage 48 relatively follows in the tradition of fellow far westsiders Terminal 5 to the north and Highline Ballroom to the south, in terms of being classier than your usual music venue, tilting a bit more towards the nightclub in style and set up. There are many cushions and tables, all in black (watch where you’re walking in a crowd – could slam your shin on one of the low tables), not just in the raised side areas (akin to Highline) and back, but also beneath the rim of the large balcony (which has its own tables & seats). Bars are located to either side of the entrance, with the relatively high stage on the opposite side (a more straightforward layout than many other venues, but the bathrooms are located upstairs). The layout splits the audience bit, with bottlenecks at the ends of the stage floor seats, but there isn’t one deep mass standing room crowd to try to get through.

Any new venue will naturally rise and fall on who gets booked there, so only time will tell who plays Stage 48. It looks set for the slightly more expensive acts, such nightclub, industry showcases, private events, or older fans – not unlike Highline (especially as one of its first events, Cracker and Camper Van Beethoven in January ’13, and previously played Highline the prior three Januarys). The décor, sound, and lighting certainly goes upscale – witness the waitresses in short black dresses – but so do the drink prices. The place certainly points to a crowd posher than your Lower East Side/Williamsburg haunts – making something of a virtue of its relatively out-of-the-way location. 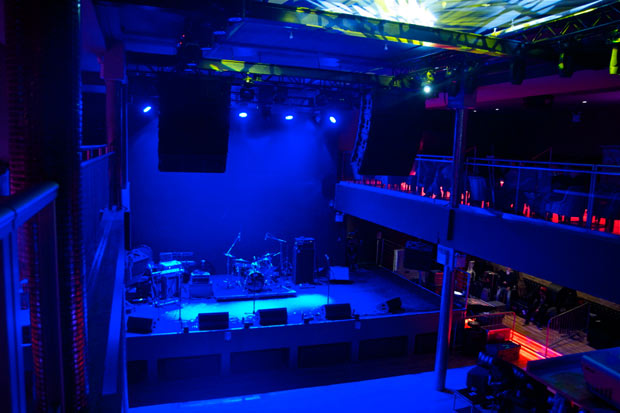