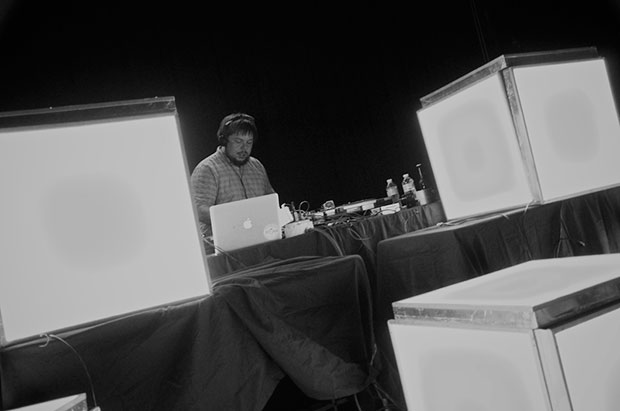 Click here for photos of Star Slinger at 2012 Camp Bisco in Mariaville, NY in the QRO Concert Photo Gallery

Click here for photos of Star Slinger at Irving Plaza in New York, NY on May 9th, 2012 in the QRO Concert Photo Gallery

The internet age has been largely wonderful for new music.  Sure, some established acts may have seen a downturn in album profits from file sharing and whatnot, but on the flip side, there are artists that can credit their whole career on the existence of the internet.  Take the treadmill magicians of OK Go (QRO live review), or YouTube sensation turned international megastar Justin Beiber.  For better or worse, the internet makes stars.  The U.K.’s DJ du jour is no exception to this rule.  Nearly all of Star Slinger’s music has been released as internet exclusives.  Be it his debut mixtape Volume I, his follow up Rouge Cho Pa, or his countless singles and mixtapes – the series of tubes is clearly Darren Williams distributor of choice.

It’s worked pretty damn well.  He’s recently performed at Lollapalooza for hordes of ray-ban sporting youths, and co-hosted a sold out after party with Childish Gambino.  Pair that with that he’s easily one of the most sought after producers and his remixes garnish boatloads of downloads and we have a DJ with a bright future.

Or that’s what one was expecting when Star Slinger made a stop at The Granada in Lawrence, Kansas on Tuesday, July 31st, before Lollapalooza.

The Granada is a medium sized venue.  For this show it had been downsized to a small venue.  Half the theatre was closed off.  All that remained was the dance floor directly in front of the stage and behind it a raised area with five-to-six tables.  For an act with such a large internet following, one would’ve expected a packed house – but that is far from what turned out for the show.  Perhaps the show suffered from the curse of playing a college town prior to the start of the school-year, or perhaps Star Slinger suffers from the curse of the internet age – where big hype on the web, doesn’t always translate into packed venues – but the numbers at the show were disappointing, and it took a toll on the show itself.

DJ sets rely heavily on crowd enjoyment to make a show.  There are no live instruments, no frontman scampering about the stage to work the crowd.  Visual stimulation is for the most part limited to light shows, and the enjoyment of the crowd can hinge largely on the ability to forget where you are and dance your ass off.  The to dance yourself clean is easy to lose when you look around and realize that you’re one of less than 100 people in a 75% empty venue in the middle of Kansas.

By no fault of Darren Williams, his show felt sadly deflated.  There was a dedicated group of about 50 that huddled around the stage and tried defiantly to get the groove going.  But only a handful were successful, and eventually that cast of 50 dwindled, and by the end of the set most were standing near or around the tables or had simply left.  Again, want to make it clear that the sparkling, thumping, grinding, beats that gave Star Slinger his name and carved him out a place a Lolla this year were present and accounted for.  What was missing were the hordes of ray-ban clad youth that surely made his set a Lolla a pit of dancing fervor. 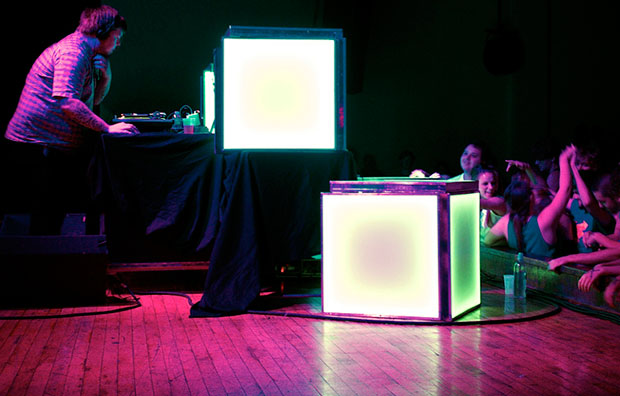 Wayne Coyne of The Flaming Lips