Stars warmed up Brooklyn Steel with a career-spanning show for long-time fans.... 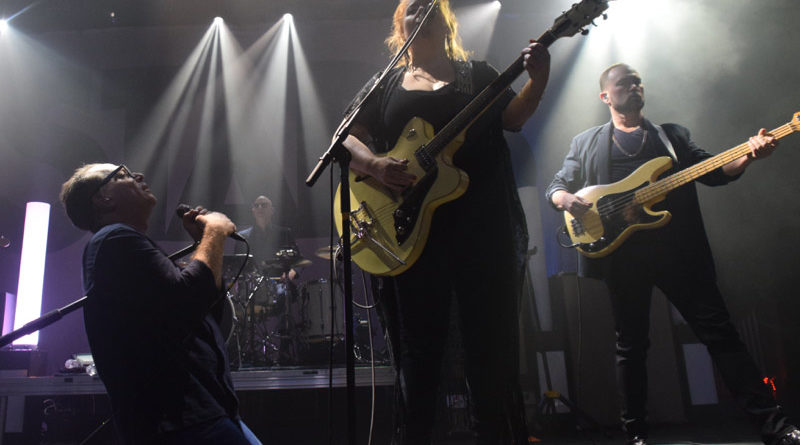 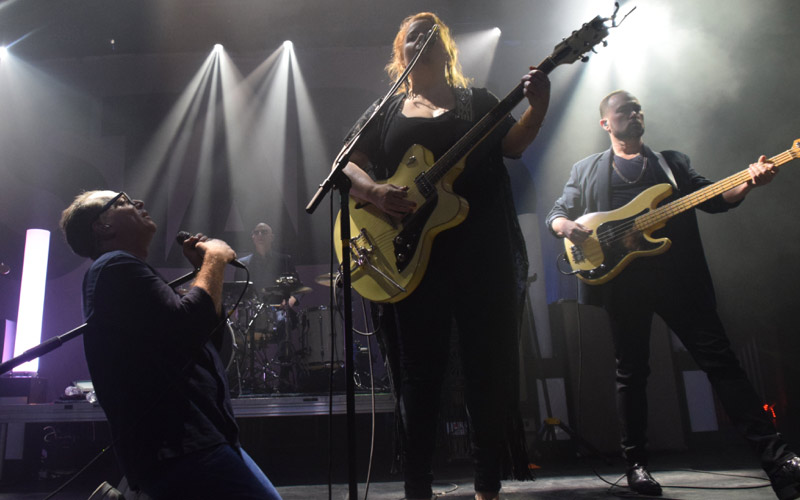 Photos of Stars at 2018 Lollapalooza in Chicago, IL

Photos of Stars at The Fillmore in San Francisco, CA on March 5th, 2015

Photos of Stars at 2013 Riot Fest in Chicago, IL

Photos of Stars at Arts & Crafts Field Trip Festival in Toronto, ON, Canada

Photos of Stars at Music Hall of Williamsburg in Brooklyn, NY on March 8th, 2013

Photos of Stars at 2010 Osheaga

Photos of Stars at The Troubadour in Los Angeles, CA on June 22nd, 2010

December isn’t a great time to go out to a show. It’s cold out. Acts don’t tour as much, November-to-January, thanks to the holidays. Record releases are all box sets for the gift-buying season. We’ve all gotta buy gifts ourselves. And it’s cold out. But Montreal’s Stars warmed up Brooklyn Steel (QRO venue review) with a career-spanning show for long-time fans on Monday, December 10th.

Stars had played Brooklyn just a year ago (QRO live review), three nights at the borough’s much more intimate Rough Trade NYC (QRO venue review) off of that year’s There Is No Love In Fluorescent Light (QRO review). Yet their loyal fans braved December winds for another shot of Stars. It was particularly great seeing the super-fans up front, excited from the get-go, as Stars are a great band to be in love with.

Almost as great to see as the interaction within the band. Yes, the focus is on singer/keyboardist Torquil Campbell and singer/guitarist Amy Millan, and rightly so, but up close one can particularly also see how they bounce off the other, also excited members of the band. Plus, it being a Stars show, of course someone gave the band roses. 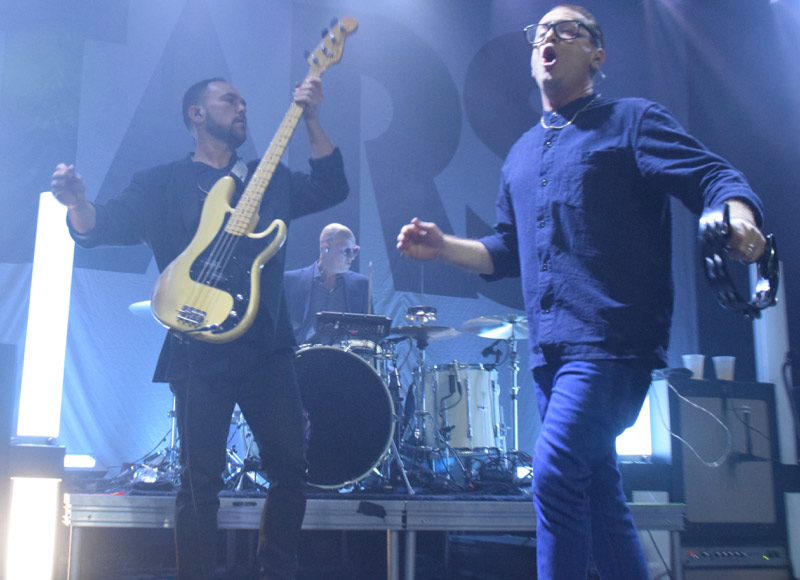 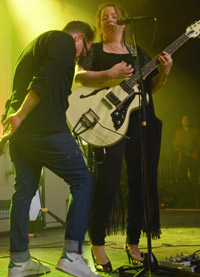 Interestingly, Stars opened with Fluorescent Light’s title song, but it’s a wonderful piece that kind of sums up their mantra with the chorus line, “Come out with me tonight / No one falls in love under fluorescent light.” Stars are a band about going out and falling in love with life.

While there were more songs from Fluorescent than any other record, Stars stretched across their discography and more. Just after “Fluorescent”, they reached back to 2004’s Set Yourself On Fire with the ageless “Ageless Beauty” (and went into the encore break with Fire’s classic “You Ex-Lover Is Dead”). Yes, there were old singles like Heart’s “Elevator Love Letter” and In Our Bedroom After the War’s evocative “Take Me To the Riot”, but also rarer pieces such as “14 Forever” from the Sad Robots EP. And there were two brand new songs, “Ship to Shore” and “Are You With Me?”, the latter dedicated to producer (and Canadian alt-star) Kevin Drew and the late Canadian great Gord Downie. 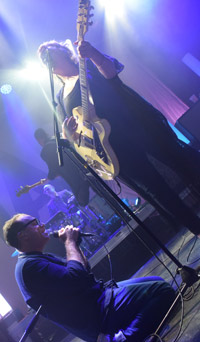 [Note: Kevin Drew was in attendance, but your correspondent failed to find him. QRO did run into fan of alt-Canadian music actor Josh Charles [The Good Wife, Sports Night] who had previously been seen at a Kevin Drew solo show – QRO live review – plus moderating the Tribeca Film Festival’s Drunk History panel]

For this whole tour, Stars have been asking fans on their website to pick their encore. For Brooklyn Steel, it was Bedroom’s “Midnight Coward” and “The Loose Ends Will Make Knots” from 2012’s The North, closing with the title track from 2014’s No One Is Lost (QRO review).

Stars closed leaving the crowd decidedly wanting more, and not just because it was even chillier outside. Thankfully, the L train was running this winter evening (lately, even the days it runs, it’s often out of service by the time a show ends – what will we do went it goes down completely for repairs next April?). Stars’ Light kept us warm in the cold. 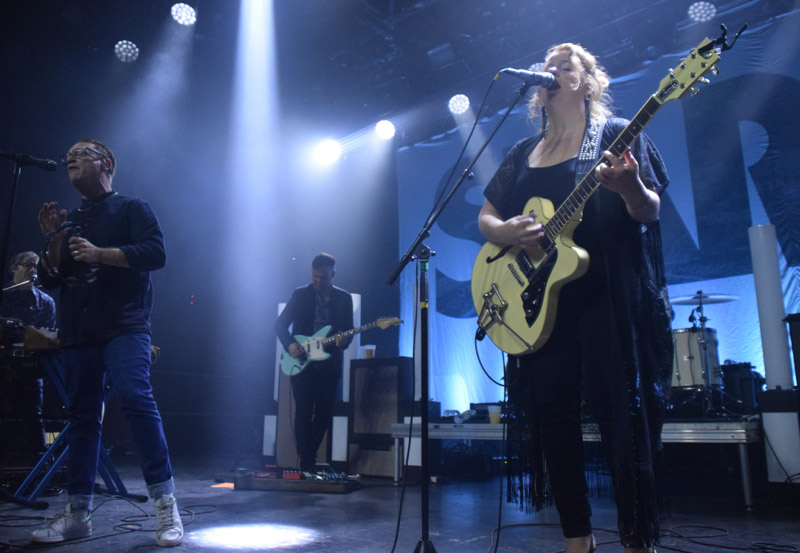 A Very She & Him Christmas Party Concert Photo Gallery