Stars – No One Is Lost

Stars, fifteen years into their lauded career, are really the ones asking themselves these existential questions: What do we want? Who do we want to be?... 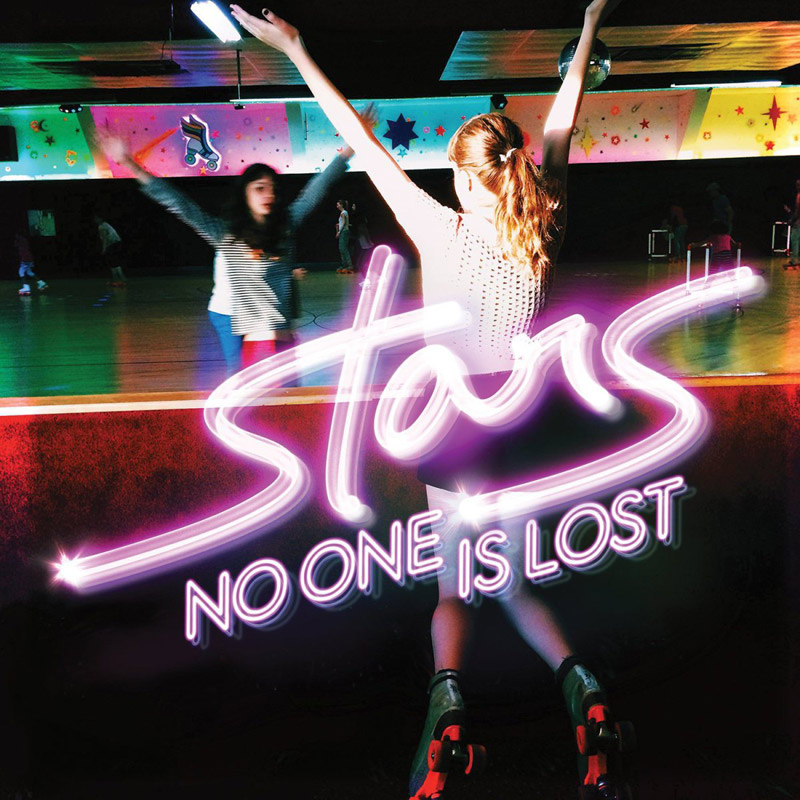 “When you got it, it’s not the way you wanted to be,” sing Amy Millan and Torquil Campbell during the chorus of “You Keep Coming Up”, a skittering piece of Radiohead-tinged synth-gloom. The chorus is a fitting refrain for Stars’ eighth proper album, No One Is Lost, a collection of bittersweet indie-pop anthems flush with stereotypical teenage voices that don’t seem to know what they want or who they want to be. Since these voices are mostly defined in first-person, it is easy to imagine that the members of Stars, fifteen years into their lauded career, are really the ones asking themselves these existential questions: What do we want? Who do we want to be?

Click here for photos of Stars at The Fillmore in San Francisco, CA on March 5th, 2015 in the QRO Concert Photo Gallery

The Montreal quintet has earned their rank as the epitome of heart-on-your-sleeve, romantic indie pop; they are never apologetic in their pursuit of pure sentimentality. Their songs urge, practically beg, listeners to cry, live, and die for the things they love. These melodramatic ideals are always at the forefront of Stars’ music, particularly on their breakthrough 2003 LP Set Yourself on Fire, a highly produced album that gave heartbreak a commercially appealing soundtrack. No One Is Lost continues this tradition and solidifies Stars’ place at the top of the sad rock heap (a “heap” that likely consists of discarded boxes of love letters, used tissues, cassette mixtapes, and other forgotten nostalgic teenage ornaments from the 1980s). Here, the group maintains their trademark rock-without-an-edge aesthetic. Once again, there are the sparring (though occasionally harmonious) female/male vocals: Millan’s humble, smooth and sexy voice continues to outshine Campbell’s endearingly limp tenor (her sleepy and intimate vocals on “No Better Place” are especially enticing). Like 2012’s The North, the band leans heavily on synthesizers and drum machines, while a variety of guitars, live drums, and horns offer visceral, organic flourishes.

What distinguishes NOIS from their previous albums, however, is its blatant mission to be bigger, broader and poppier. The band does succeed at times, particularly during the muted guitar rock of “This is the Last Time”, a lighter version of a Joan Jett song and a distant relative of their breakthrough hit “Ageless Beauty”. However, opener “From the Night” is less successful – an unconvincing dance anthem with a big chorus that celebrates being young, or at least the desire to be young. There are moments in the song, particularly during the bridge, where it’s easy to hear echoes of Arcade Fire’s “Reflektor”. The attempt to rise to AF’s level makes sense: Stars too is a catchy, hook-driven Montreal band that has stood the test of time – haven’t they also earned the right to go for pop gold?

That is, however, the critical issue of this album – Stars will never have the dangerous bravado of indie rock kings Arcade Fire, which makes the soft-spoken quintet’s transition from low-key soft rock to pop all the more awkward, especially when one considers these teenage-centric love songs are being sung by a couple of dorky, middle-aged Canadians. Still, Stars sounds like Stars no matter how hard they try to be something else. The listeners know who the band is and what they want to be, but the question is: Does Stars?