State Champs played to a sold out show at The Royale for their last stop on the ‘Around the World and Back’ Tour.... 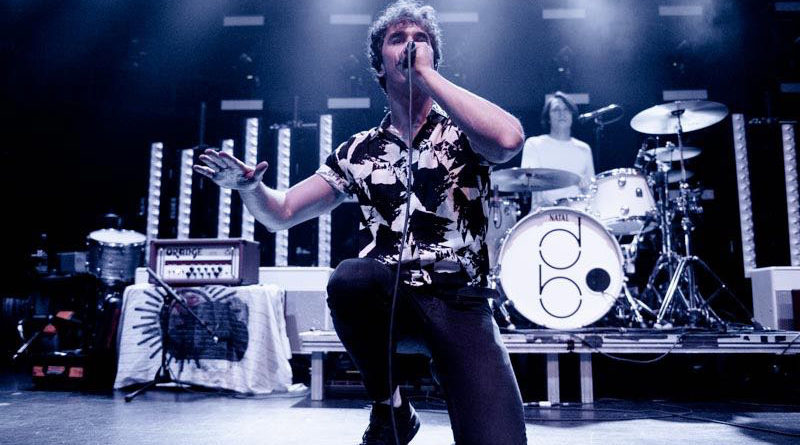 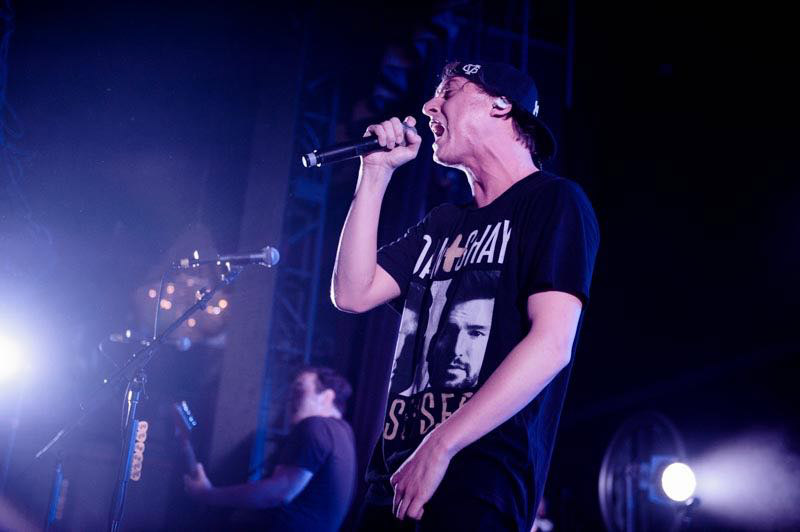 On Sunday, May 14th, State Champs played to a sold out show at The Royale for their last stop on the ‘Around the World and Back’ Tour. Fans lined up early and had wrapped around the block by the time the doors opened at 6pm. The Royale has 1,000-person capacity and is in downtown Boston near the theatre district. State Champs has a variety of fans; from one’s wearing Knuckle Puck t-shirts to One Direction and every in between. This tour really did go around the world and back with openers from England, Australia, and the US. 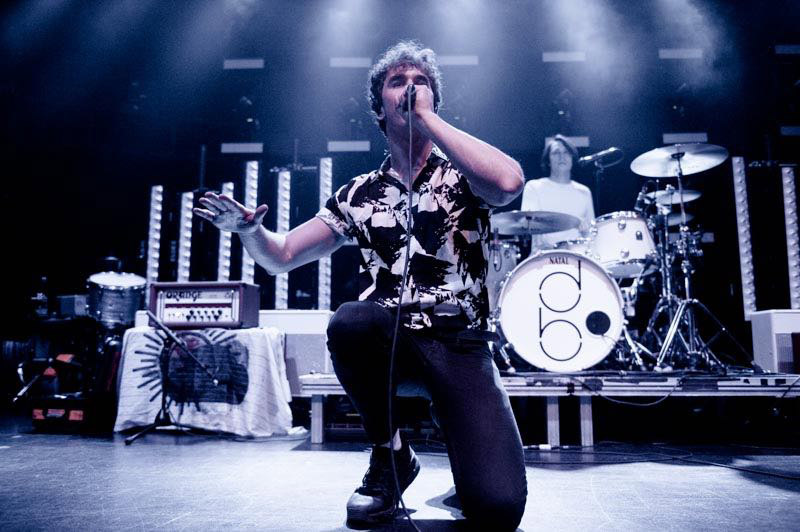 Don Broco was formed in 2008 by Rob Damiani on vocals, Matt Donnelly on drums, Simon Delaney on guitar, and Tom Doyle on bass. They are from Bedford, England near North London, and are signed to SharpTone Records. They played a six-song set, and five of the songs were off of their full length, Automatic, that came out in November 2016. This was Don Broco’s first U.S. tour. They told us that State Champs had talked about the Boston show all tour, and during their fourth song members of State Champs went into the pit, as did Damiani and Donnelly. Later on Damiani and Donnelly crowd surfed.

Don Broco will be at Slam Dunk Festival in the U.K. on May 27th-29th, Rock am Ring in Germany on June 2nd-4th, Pinkpop Festival in the Netherlands on June 3rd-5th, Main Square Festival in France on June 30th-July 2nd, Lollapalooza in Paris on July 22nd-23rd, and their only headliner at Alexander Palace in London on November 11th. 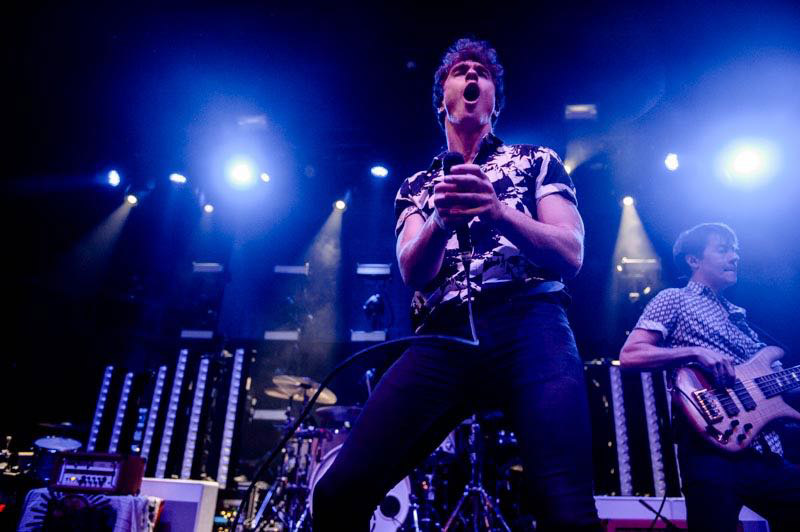 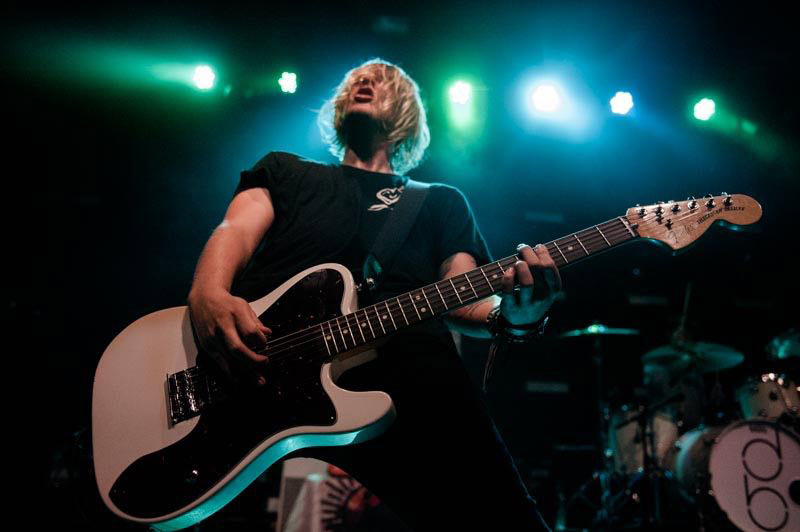 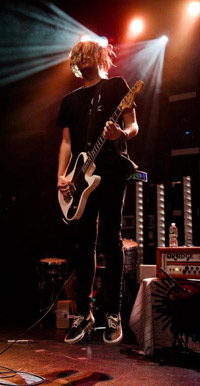 With Confidence was formed in 2012 in Sydney, Australia by Jayden Seeley on vocals and bass, Inigo Del Carmen on vocals and guitar, Luke Rockets on guitar, and Josh Brozzesi on drums. They are signed to Hopeless Records and performed songs off of their Distance EP and full-length Better Weather, including “Voldemort”, “We’ll Be Okay”, and “London Lights”. With Confidence referred to this as the best tour they’ve ever been on, and how they loved all the acts on the tour, which doesn’t always happen.

Later this month, they’re going on tour with Set It Off across the U.K., and then they’re playing a show with State Champs in the Philippines. They’re wrapping the summer up with a tour in Australia with Seaway. 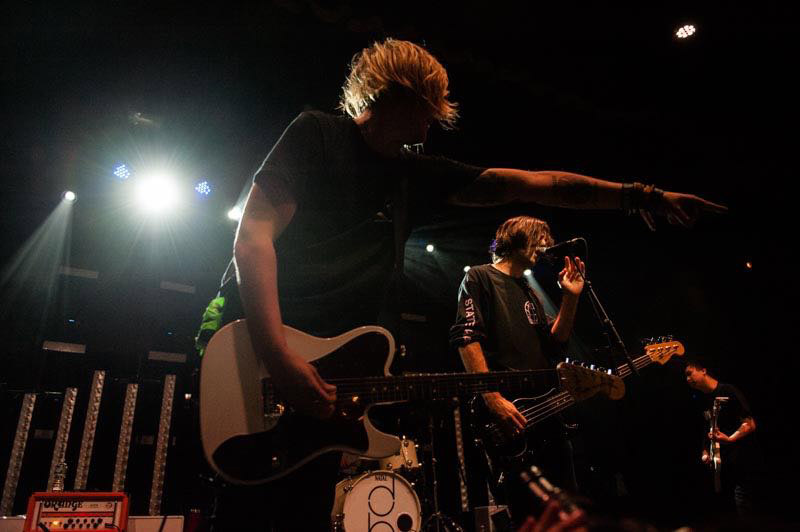 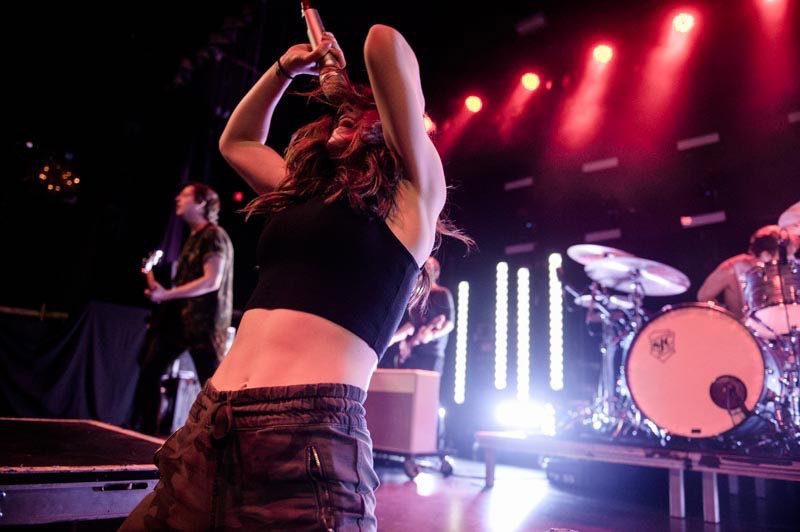 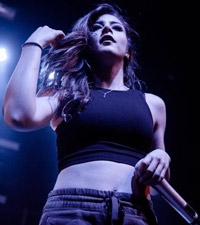 Against the Current was formed in 2011 by Chrissy Costanza, Dan Gow, and Will Ferri from Poughkeepsie, NY. They are signed to Fueled By Ramen, and have two EP’s and one full-length out, Gravity, Infinity, and In Our Bones. They played a nine-song set, and performed songs off of Gravity, and In Our Bones; including “Blood Like Gasoline”, “Talk”, “One More Weekend”, and “Gravity”. Costanza is one of the most high-energy performers that I have ever seen. She, along with the rest of the band and crew, leave absolutely every on the stage.

They will be at Bramham Park in Leeds, U.K. on Aug 25the, and in October they will be travelling through New Zealand and Australia. 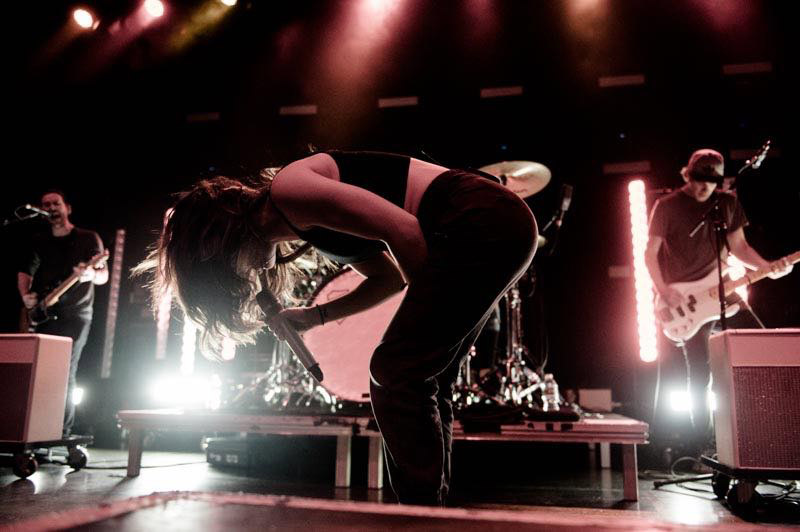 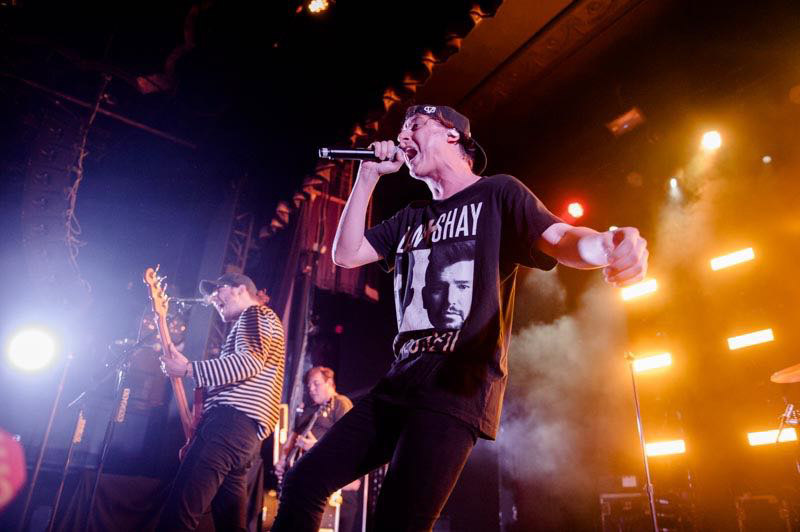 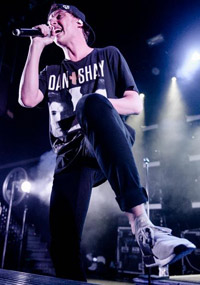 State Champs were formed in 2010 by Tyler Szalkowski, Derek Discanio, Tony Diaz, Evan Ambrosio, and Ryan Graham from Albany, NY. They are signed to Pure Noise Records, and have released three EP’s and three full-lengths, and a deluxe edition of their latest album, Around the World and Back. They played just under an hour and a half with 19 songs, mostly off of The Finer Things and Around the World and Back. Finer was the album that put State Champs on the map of pop-punk, and accelerated their band to incredible heights pretty fast. They played a handful of songs off of Finer, including “Remedy”, “Simple Existence”, “Deadly Conversations”, and “Easy Enough”. The fans went absolutely nuts when these songs started, and at times security had a rough go of it keeping up with all the crowd surfers. They also played “Slow Burn” off of their newly released The World and Back deluxe edition, as well as “Losing Myself”, “All or Nothing”, and “Tooth and Nail” to name a few.

Halfway through the set all the bands joined the stage for flip cup. Discanio played a stripped down version on “Around the World and Back”, and Costanza from Against The Current joined him. If you ever have a chance to see any of these bands, it is a must. Its not all the time that all the bands on a tour are incredible, but these guys and gal knocked it out of the park.

State Champs will be in Europe starting June 1st in the Netherlands, and ending on June 18th in Germany before heading to the Philippines, and China ending on July 1st. 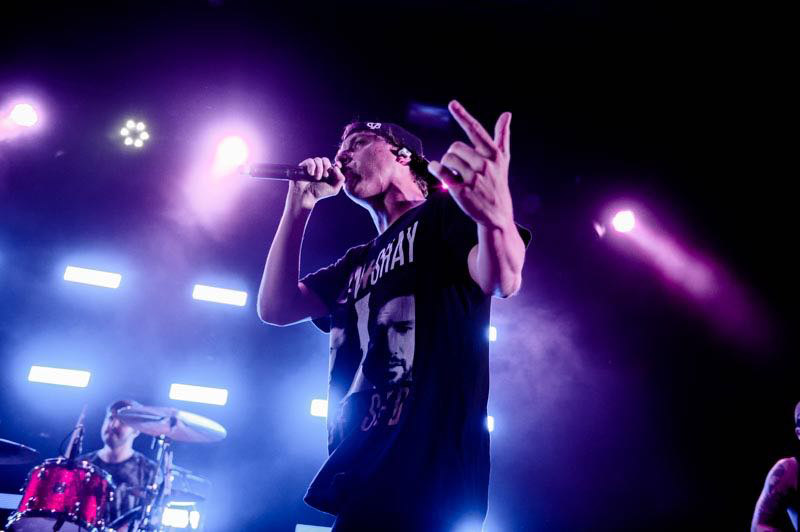