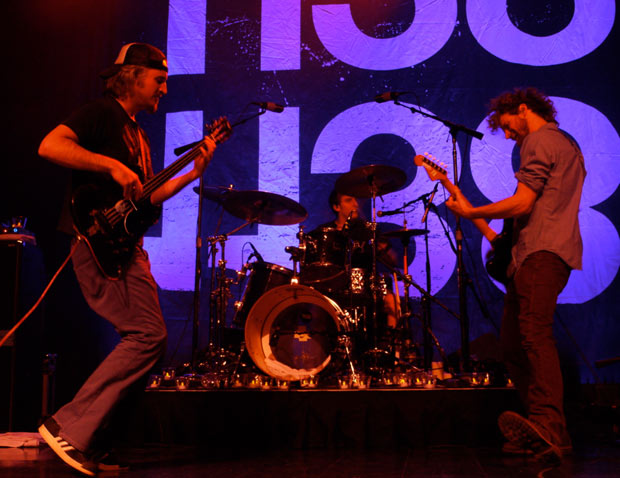 Every major city has at least a few bands they’ve bred and therefore now hold close.  Boston has fortunately seen a slew of acts rise up from their streets, one of which is hometown favorite State Radio.  You would think ending their current tour just before the holidays would be an early holiday gift for this faithful crowd on Saturday, December 15th at the House of Blues Boston but Chad Stokes, Chuck Fay, and Michael Najarian surprised this Boston crowd. 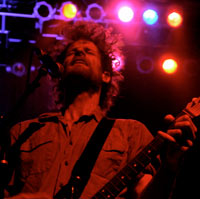 Just after the first song, Chad Stokes announced that they would be playing their six-song EP, Flags of the Shriners, all the way through.  That meant rarities including “Mountain”, “Ill Advised”, and “Uncertain” echoed throughout the venue to an exuberant audience before the band dipped into crowd favorite “Mr. Larkin”.  Like any State Radio show, it’s nearly impossible to pick out what songs will be played but this was a gesture of appreciation to a crowd that has been with them from the beginning.

The first song played off their latest release Rabbit Inn Rebellion was the slow political cry about war, “Take Cover”.  For such a new song, this was one of the more popular songs of the night, a song that the band has been playing even before the recent release.  Nothing could rival the energy and emotion during “Knights of Bostonia” though, and for good reason – the title says it all. 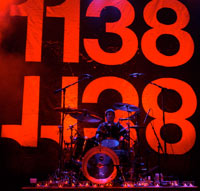 Before closing out with “Gang of Thieves”, Stokes addressed the 1138 numbered backdrop stating that’s the number which outlines the federal benefits gay couples do not receive.  If you haven’t been to a State Radio show before, you’ll soon come to realize they’re as much activists as they are musicians.  If you’re interested in learning more about their nonprofit organization, head on over to callingallcrows.org. 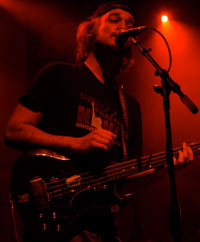 Death In the Afternoon – Kino