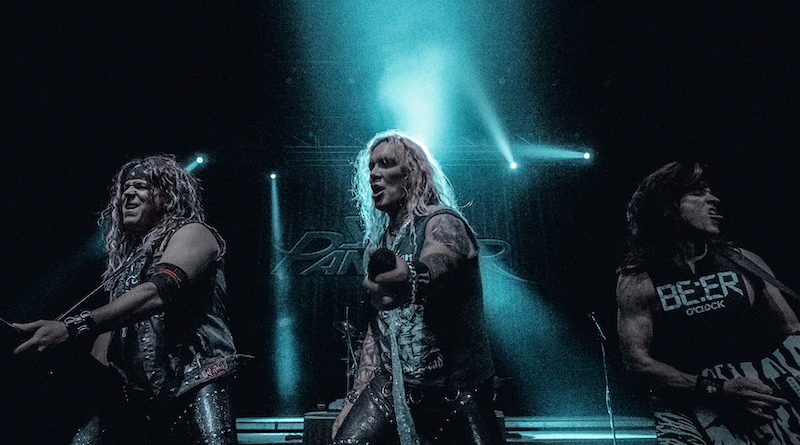 Steel Panther took the stage on Friday night, November 4th, with Black Stone Cherry on their Res-Erections Canadian Tour, at Burton Cummings Theatre in Winnipeg, Manitoba. This was the sixth show of the tour and it was packed from the floor to the top of the balcony of the Burt.

Black Stone Cherry’s first time in Winnipeg was a great rock set. The group is from Edmonton, not to be mistaken with the Canadian city, but from Kentucky in America. It was a five-piece set and played nine songs. Hearing everyone sing along to the new and old songs from the start to the finish it was a real rock show at the Burt. Hopefully Black Stone Cherry comes to Canada more often in the future. They will be on the road with Steel Panther for the rest of the tour.

Photos of Steel Panther at Iron City in Birmingham, AL on May 29th, 2019

Photos of Steel Panther at Center Stage in Atlanta, GA on April 24th, 2017

Photos of Steel Panther at Barclays Center in Brooklyn, NY on October 9th, 2014

Steel Panther then went up and had a great dynamic with the crowd the whole night. They made jokes, and they had fun with it, which felt more like a real experience of a show. Of course, they played hit songs from old to a new song, the crowd enjoyed every single song. Hearing Steel Panther play “Gloryhole”, “Never Too Late”, “Death to All But Metal” and more. The crowd loved the brand new song from Steel Panther and everything else. Great show and hoping for a return for the new record.