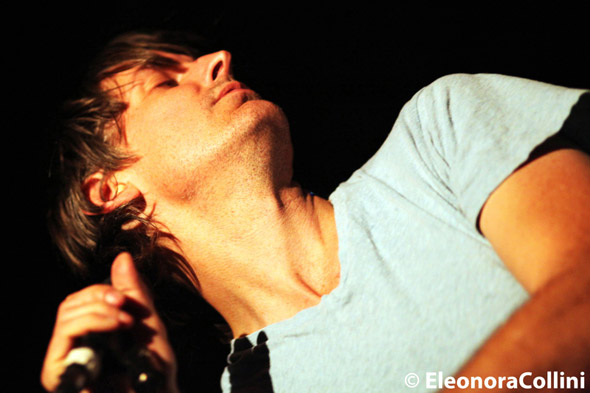 Click here for photos of Stephen Malkmus & The Jicks the following day at Constellations Festival in Leeds, U.K. in the QRO Concert Photo Gallery

Going to a Jicks’ show is always pure heaven.  We all miss Pavement, especially after the awesomeness of last year’s reunion gigs (QRO live review), but it is with The Jicks that Stephen Malkmus seems to be totally at ease and beautifully comfortable on stage.  There is a total chemistry with his bandmates and you can really feel they are all happy to be there for their fans.  They genuinely want the crowd to participate and always give the best of themselves, so none of their gigs can be disappointing, but somehow the show they played at the Arches, a beautiful venue in Glasgow on the 11/11/11 (get that!) was just special.

Click here for photos of Stephen Malkmus & The Jicks at 2008 Siren Music Festival on Coney Island in Brooklyn, NY in the QRO Concert Photo Gallery

Click here for photos on Stephen Malkmus & The Jicks at the 2007 Langerado Festival in Miami, FL the QRO Concert Photo Gallery

This was the third date of their European tour (QRO tour preview) in promotion of new stunning album Mirror Traffic (QRO review), which is a clear departure from the almost psychedelic Real Emotional Trash (QRO review), but though the set list was mainly composed by the catchy, more melody-oriented tunes of new record, Malkmus couldn’t resist to make songs as jammy and expansive as he could.

This was also the first time ex-Joggers Jake Morris played in Scotland with the Jicks: he replaced fans beloved Janet Weiss who recorded Mirror Traffic but then left due to her big commitment with super-group Wild Flag (QRO album review).  Morris had actually hurt his wrist before the show but managed to kick ass on stage anyway.

Like at all Jicks’ shows, there was a lot of banter, the funniest of which resulted in the line, “Kelsey Grammer is a human rim shot.”  Another one was a Malkmus’ joke about the letter “E”, asking the crowd if they preferred “Education” or “Ecstasy” (he first gave the thumbs down to the latter, but then laughed and said those were the two big Es of his life).  Also a lot of Malkmus’ complaining about the backlit, at times strobe lights, and even more about the almost plain dark that some songs were played in. 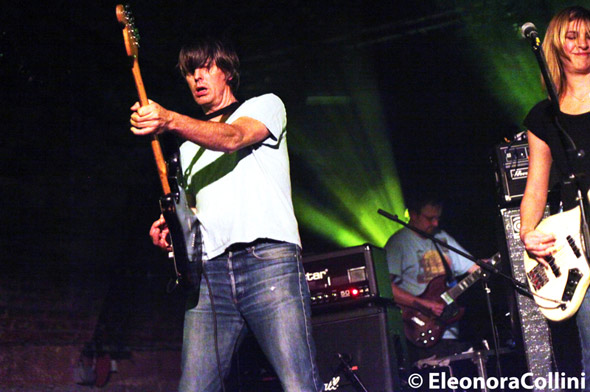 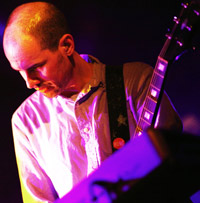 They opened with “Gorgeous Georgie” (perhaps an odd choice as a warm-up), but the mood was only properly set by the catchy Nick Lowe (QRO photos)-y chord progressions of “Tigers” (after “Georgie”, Malkmus actually lead the crowd to believe they’d play “Animal Midnight” instead, but not such luck alas…) and the almost Pavement-esque “Tune Grief”.  After “Asking Price” and “Forever 28” came a totally new track (called “Flower” according to the set list): that’s the beauty of the Jicks’ shows, you know you’re always going to get at least a new song and/or an unexpected cover.  “J Smoove”, another tune that isn’t on any album, but is not completely new to hardcore fans as it’d been played a couple of times before, was also performed two songs later.  The crowd went totally nuts when they heard the first few notes of lead single “Senator”, but even more when towards the end of the set the Jicks played the stunning “1% of One” (from fan favorite second album Pig Lib): it’s a real joy to see Malkmus getting lost to his guitar long jams he sometimes even improvises (and when he does you can tell by the at first bewildered look of lovely Joanna Bolme that always amazingly manages to jam along anyway).  First part of the show was concluded with other two gems from the past: “Jenny & The Ess-Dog” and a jammier version of “Us” still from Pig Lib (the song was actually set to be played in the encore and “Jo Jo’s Jacket” was on the set list instead, but just after “Jenny” Malkmus called a mini think tank with his bandmates to change things around).

Encore kicked off with the lovely “No One Is (As I Are Be)” (Malkmus made a joke blaming the weird grammar of the track title on a Scottish man, and faked a Scottish accent) and carried on with a mind-blowing cover of Jimi Hendrix’s “Hey Joe” before leading into “Surreal Teenager”, another great new song that was played quite a few times during the US tour and that like “J Smoove” and “Flower” sounds like it could belong to Real Emotional Trash rather than Mirror Traffic. 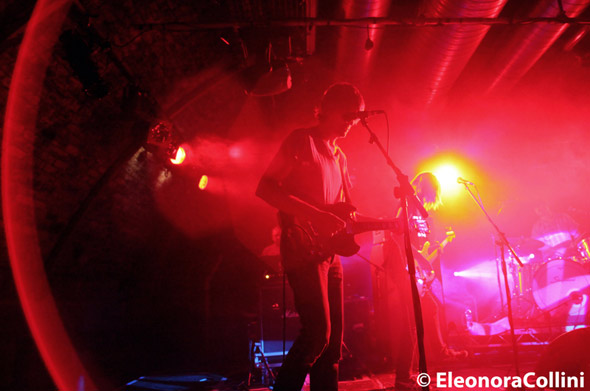 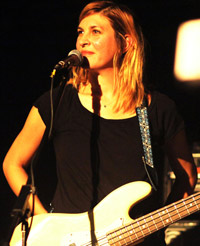