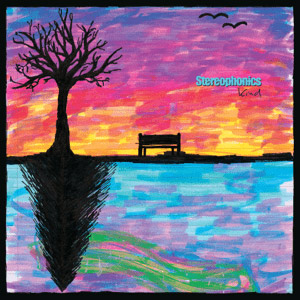 White British boys loving American blues and soul is very old hat, going back to The Beatles & The Stones, but it hasn’t been as present in the twenty-first century as in the twentieth, because now everyone’s got synthesizers and is aping hip-hop. But nineties Brit-rockers Stereophonics embrace their blue soul on Kind.

Click here for photos of Stereophonics at 2018 Tramlines in Sheffield, U.K. in the QRO Concert Photo Gallery

In place of singer/songwriter Kelly Jones’ catchier usual work, Kind looks to the heart. There’s the blues-grit of opener “I Just Wanted the Goods”, and the soul revival that is “Make Friends With the Morning”. He strips down on sweet closer “Restless Mind” (including harmonica), and goes small-to-big in “This Life Ain’t Easy (But It’s the One That We All Got)”, with only the disco-ish backbeat to “Bust This Town” more reminiscent of the band’s earlier radio-friendly appeal.

The Stereophonics have made good moves and bad, yet one can’t quite call this either. Yes, it’s not quite what you wanted from the band that you said were as good as Oasis (when Oasis was great). But there’s also a real authenticity to their ‘new tricks from an old dog.’ This Stereophonics ain’t easy, but it’s the one that we all got.