<img src="http://www.qromag.com/wp-content/uploads/2010/01/stilllifestilljan20.jpg" alt=" " />Still Life Still are staying anything but, with a four-week residency at New York's Mercury Lounge. ... 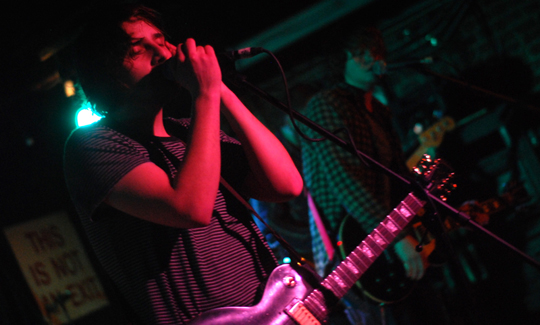 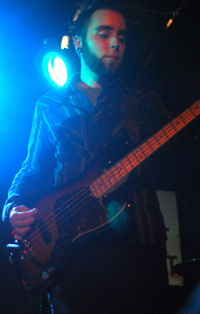 This January has been filled with bands playing multiple shows in a row, like Denmark’s The Joy Formidable’s earlier this month (QRO review), or multiple weeks in a row at a particular venue, like Toronto’s Still Life Still have at Mercury Lounge (QRO venue review).  Venues are unusually open, as no bands tour December-to-January, and most tours don’t start up until February or March.  No one wants to lug their gear up and down the East Coast in winter for a full tour, even if you hail from colder climes.  But if you’re heading all the way to the Big Apple, especially from a foreign country, you want to make the trip worth it.  So multiple shows are a great way to get your name out there, maybe even fit in a little recording, which is what Still Life Still have been doing.

Playing on the 20th, their third Wednesday in a row at Mercury, the band may not have had their biggest crowd, because, unlike other nights where they headline, this night saw blowin’ up buzz-band Freelance Whales (QRO photos) at the top of the bill, with their underwhelming tour mate Animal Tropical (QRO photos) second, leaving Still Life Still second of four that sold-out night, and most people didn’t arrive until well into Animal Tropical.  And between the sold-out nature & the fact that all press people interested in catching Still in New York probably asked for that night, their guest list was seriously cut down, keeping out friends they might have ‘south of the border’ – though there was still one pretty drunk super-fan who knew all their songs, shouting requests between kind of odd, kind of funny “Whoop-whoop-whoop-whoop”… 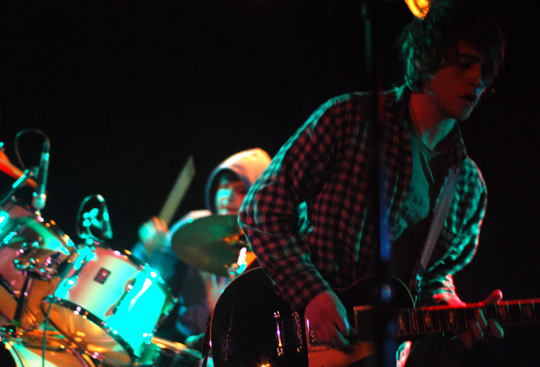 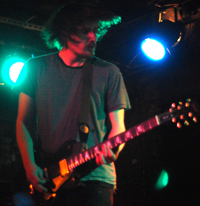 Still Life Still had originally been planning on playing more in New York, but more than the five they are (including an earlier date at Death by Audio – QRO venue review) was always tempting fate.  Luckily, the band brought down their recording gear, and in-between gigs have been working on a new EP.  That new material got a showing, early in the set, after pressing opener “Danse Cave” (also the opener to the band debut LP, Girls Come Too – – and it’s a strong opener).  “Keep You” was a little more rockin’, while “You Can” brought the higher power & press the band did so well on Girls.  The band hit up one more new song, the higher beauty of “Notes To You”, after more Girls high press in “Flowers and a Wreath”. 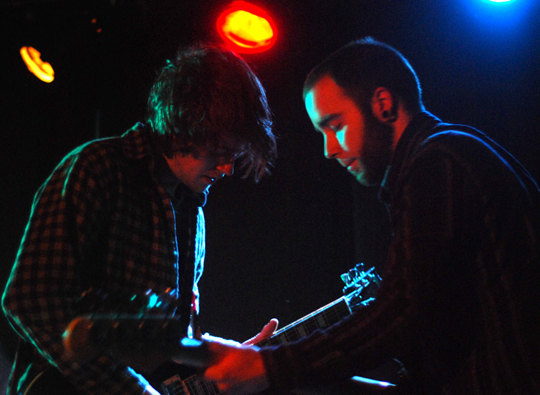 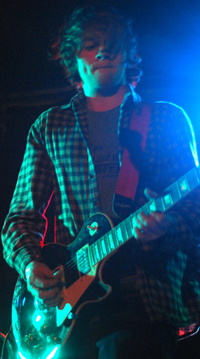 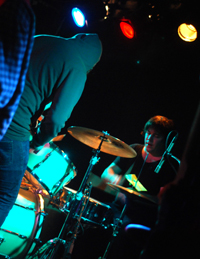 The rest of the set list (QRO photo) was devoted to Girls, including an expansive “Lite-Bright Lawns” and a touching “Scissors Losing Weight”, as well as pressing single/stand out “Pastel”.  Unfortunately, they didn’t play the oh-so-sweet “Kids”, which might be expected, as slow songs can be tough if you’re not the headliner.  But they did add in the mock-sexy “T-Shirts” in the middle, maybe thanks to the super-fan’s drunken matter-of-fact reciting of the lyrics, “I was just saying, ‘I don’t mind your blood on my dick’…”  Instead, they ended with “Neon Blue” and “Knives In Cartoons” – both strong tracks in the band’s high press, but didn’t show off their width of sound (though it did let multi-instrumentalist Josh Romaniuk join his brother/drummer Aaron to rock out on percussion). 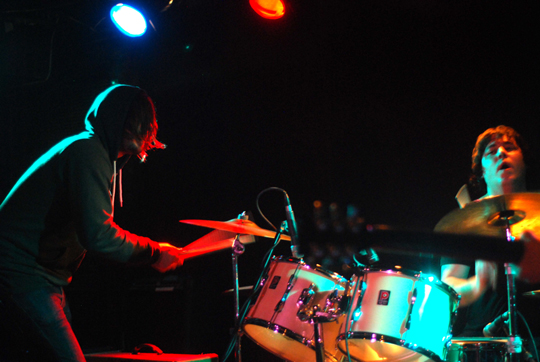 Still Life Still still have one more Mercury show, not this Wednesday but Friday, January 29th, before they trek up north for the even colder climes of Canada, with some new music and some new fans. 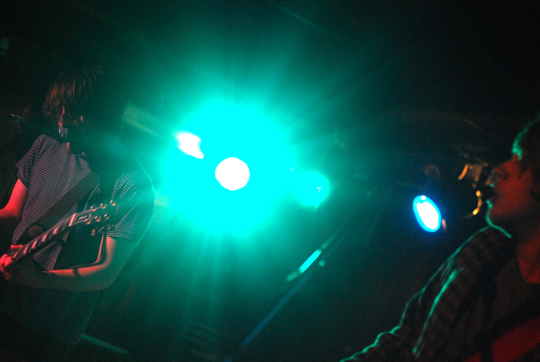