You could be forgiven for being surprised that Stone Temple Pilots are even releasing a new record.... 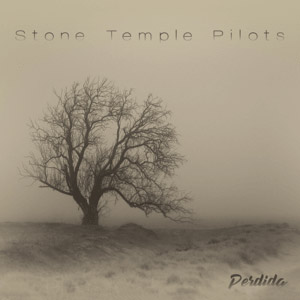 You could be forgiven for being surprised that Stone Temple Pilots are even releasing a new record. The nineties grunge favorites broke up in the twenty-first century, only to reunite about a decade later with a self-titled album (QRO review). Then they fired long-time troubled frontman Scott Weiland, and recruited Linkin Park singer Chester Bennington (QRO live review with Bennington). Bennington left to focus on Linkin, only to tragically take his own life in 2017, two years after Weiland himself died of an accidental drug overdose. Undeterred, STP recruited X Factor star Jeff Gutt, and now have put out their second record with Gutt (after 2018’s second self-titled record – QRO review), Perdida – and it’s all-acoustic.

Maybe Stone Temple Pilots wanted to make a break from all that had happened in the past. Maybe they just wanted to do something different. Maybe they remembered how great their “Interstate Love Song” is. Whatever the case, it wasn’t a bad move, or really a good move, just a move, showcasing them doing something different – at times quite different, as they use the likes of flamenco guitar and even flute solos. The former goes down better than the latter, particularly in the Spanish sad carry title track. Unfortunately, some other songs come off a bit like eighties hair metal ballads, and the all-acoustic nature of the record makes it feel too one-note and dragging.

But Perdida pieces will undoubtedly serve as a good acoustic interlude in a Stone Temple Pilots show – and if they remind of “Interstate Love Song”, that’s maybe the greatest STP song. So take this record for what it is, and be glad that STP are somehow still making music.