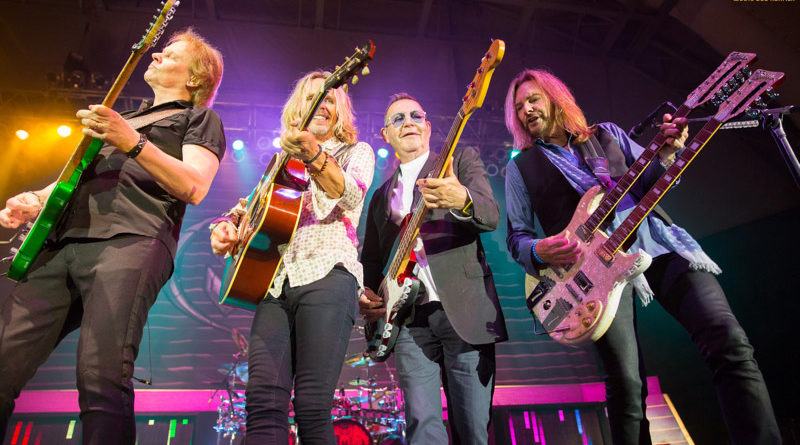 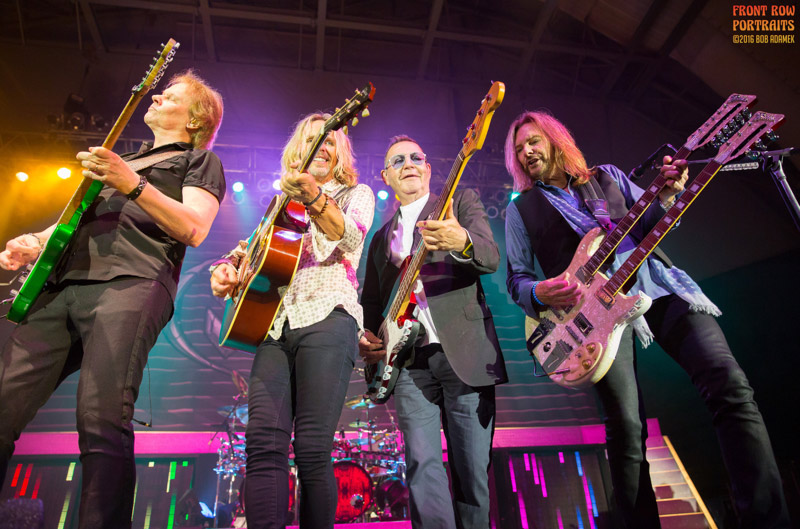 Click here for photos of Styx at Verizon Wireless Amphitheater in Atlanta, GA on May 15th, 2016 in the QRO Concert Photo Gallery

Click here for photos of Styx at AT&T Center in San Antonio, TX on February 27th, 2015 in the QRO Concert Photo Gallery

Click here for photos of Styx at Santa Barbara Bowl in Santa Barbara, CA on July 27th, 2014 in the QRO Concert Photo Gallery

Click here for photos of Styx at ACL Live at The Moody Theater in Austin, TX on November 11th, 2012 in the QRO Concert Photo Gallery

Styx, best known for its mega pop hits and five consecutive multi-platinum albums, came to the Sprint Pavilion in Charlottesville, VA on Tuesday night, September 20th. The band has been touring since 1972 and has grown a significant polish, seen by only rock and roll’s top acts. Founding members James “JY” Young on guitar and bassist Chuck Panozzo were joined by long time hit maker Tommy Shaw on guitar (with the band since ’76), Todd Sucherman on drums (’95), Lawrence Gowan on keys (’99) and Ricky Phillips (’03) on bass and guitar. 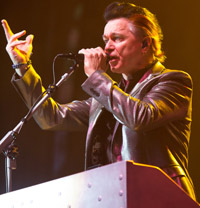 Dressed in black and sporting Paulie Walnuts grey sideburns and slicked back hair, Gowan took very strong lead vocals on the opener, “Grand Illusion”, title track of the band’s 1977 breakthrough album. From there Styx went on to make the cozy 3500 seat Pavilion feel very personal, talking about how much they enjoyed their two days in Charlottesville, naming the places they liked and noting the vibe of the city’s downtown open air mall, where the Pavilion lies. They graciously thanked their fans again and again for coming out and supporting them for so many years. Each time the crowd bought in, cheering more and more. 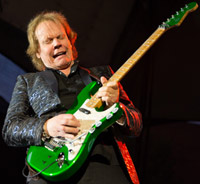 The band was very relaxed and played around on the stage with the ease of a group of fine friends at the top of their game, truly enjoying performing together still. They had an energy that made their songs sound fresh. Their vocals were flawless and musicianship stunning. The stage was set up with a backdrop carrying their logo over a black stepped pyramid. The bottom of the backdrop met a catwalk high in the air behind the drum riser. There was a set of curved steps on either side of the platform meeting the stage floor. 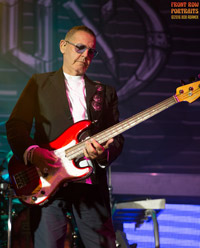 All of this set was used to theatrical advantage by everyone, but even though the spots where the bandmates would pause to sing or play a solo were predetermined, the group never made you feel as though it was rehearsed choreography. They more seemed to be having fun running around, but found themselves in front of a mic or rack of pedal effects when needed. 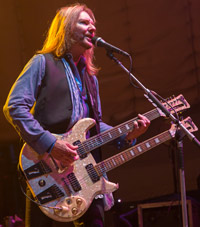 Styx powered through their hits like the muscular “Blue Collar Man”, the iconic “Come Sail Away” and energetic “Too Much Time on My Hands”. Equally impressive was the attention they gave much deeper album cuts like “Man In the Wilderness” and “Miss America” from The Grand Illusion album, “Light Up” from Equinox (in which they had the crowd put up the lights on their cell phones) and “Lights” from Cornerstone. These tunes served as a reminder that the band could play gritty rock and roll with fiery guitar solos. 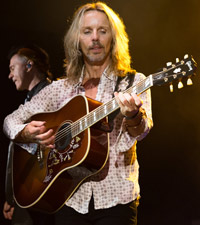 After a 20-minute intermission, the band had some fun with a few cover songs with Tommy Shaw and Lawrence Gowan playing David Bowie’s “Space Oddity”, Gowan covering Elton John’s “Rocket Man” and part of Queen’s “Bohemian Rhapsody”, to go with a first set crushing version of The Beatles’ “I Am the Walrus”. 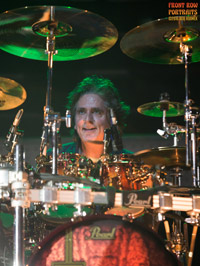 For encores, Styx hit a couple of high notes with the theatrical “Rockin’ the Paradise” and “Renegade”. The band was tossing guitar picks to the crowd all night and came out for the encores by tossing out t-shirts and tons more picks. When “Renegade” was finished they all walked slowly around the front of the stage, shaking hands and signing autographs, happy and unhurried.

If you want to know what a rock and roll show was like in the late ‘70s, with excellent song craft, top notch musicianship, plenty of great guitar solos and well considered showmanship, Styx will hit high marks on all accounts. 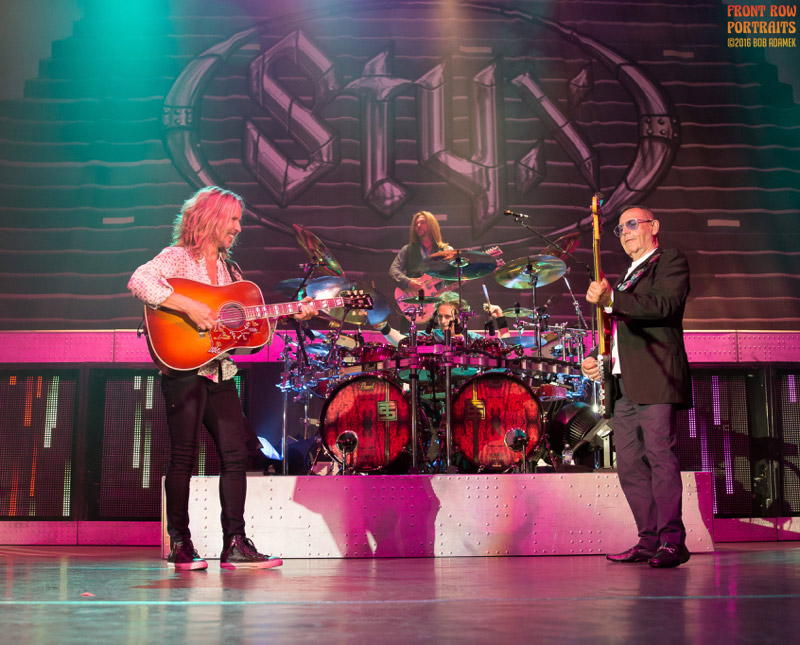