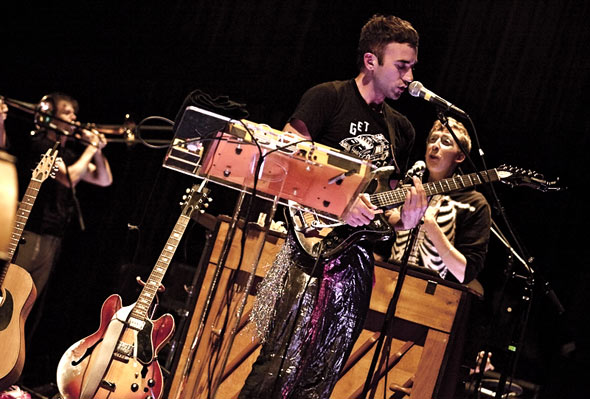 Portland’s Arlene Schnitzer Concert Hall is arguably the loveliest venue in town.  Unfortunately for most music fans, its Rococo-style grandeur lends itself more to opera productions than rock shows.  It’s a rare music act that is well suited for the hall’s dramatic atmosphere.  Sufjan Stevens is that rare act – and the crowd at his show on Friday, October 29th knew their good fortune as they settled into their seats. 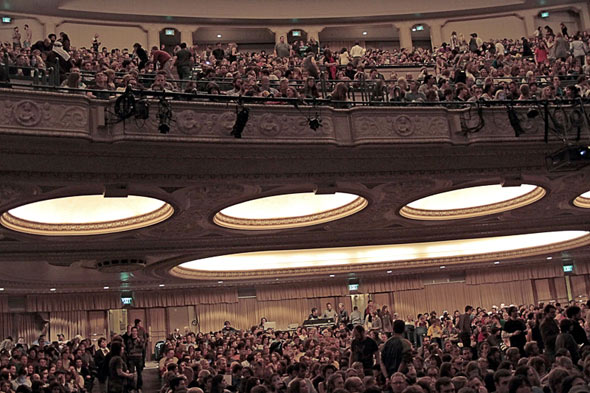 DM Stith, a singer-songwriter on Stevens’ label roster (Asthmatic Kitty Records), began the evening with a succinct set of four odd and delicate songs.  His use of lyrical repetition and looping was trance inducing, and his fluttery fingerpicking and hushed vocals seemed to have a tenuous hold on reality.

Two drum kits, three guitars, seven keyboards, a piano, three trombones, two backup singer/dancers, and one giant video backdrop later, it was time for Stevens’ set.  The set-up would have been impossibly pretentious (and logistically impossible) at a rock club.  But Stevens, the conductor of the nearly two-hour long set, looked at home as he and his ten bandmates (some in silver lame, some in animal masks) took their posts on the concert hall stage.  The set would be mainly comprised of material from his two new releases, the All Delighted People EP and The Age of Adz full-length (QRO review).  Near the end of the set, he would thank the audience for giving him the chance to, “Give it shape on stage.” 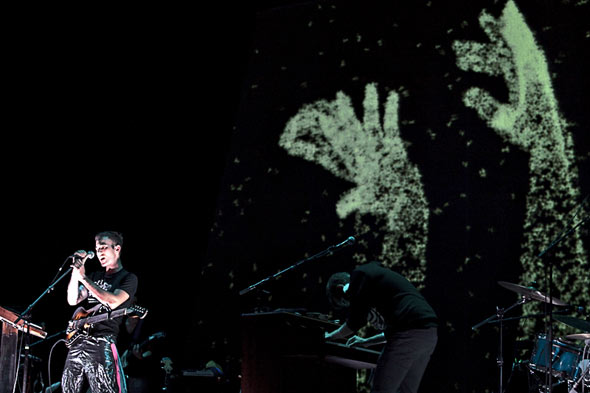 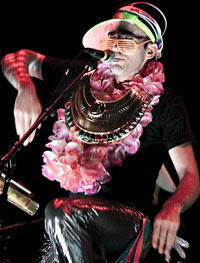 Even on CD, Stevens’ compositions swing wildly between exquisite restraint and ravishing drama.  Live, it’s a thing to behold.  The band began with the eleven-minute title track from the recent EP.  Lights blasted the stage red and silver, and the smoke emanating from the fog machine matched what Stevens would repeatedly refer to as the “apocalyptic” theme of the songs.  Before moving on to the next song, aptly titled “Too Much”, he sheepishly commented that the band had made “quite a dramatic entrance.”  Foolish were the audience members who thought this meant he might rein it in a little.  Stop-motion footage of Stevens dancing ecstatically in colorful clothes flashed behind him on the screen, as he danced ecstatically in colorful clothes on stage.  Who knew Sufjan Stevens could b-boy? 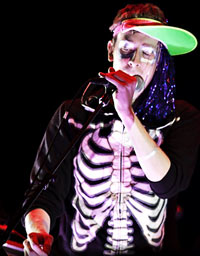 During “The Age of Adz”, the video screen featured animations of the artwork of Royal Robertson, the paranoid schizophrenic whose work heavily influenced the themes of the record.  Stevens told the audience that his recent songs concern, “Love and prophecy, disease, meteorological and emotional disasters…” and told the story of Robertson, in whom he had found, “Relief from my own emotional and physical sickness.”  But in “Heirloom” and in a handful of songs from 2005’s Illinois, Stevens displayed the familiar tenderness and vocal intimacy that his fans crave. 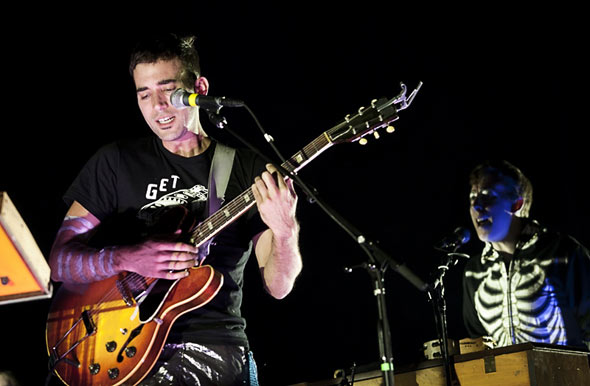 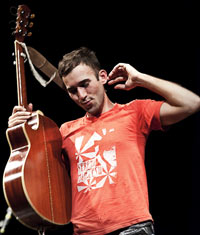 Many of Stevens’ songs can only be described as having ‘movements’, and no song illustrates this as well as the twenty-five minute “Impossible Soul”.  Stevens described it as, “An epic miniseries… hopefully you can stomach it.”  A seemingly simple song about a fight with a lover quickly turned into a laser-fueled space journey.  This gave way to a hip-hop party blow-out with choreographed dance moves, leis around band members’ necks, candy-colored prisms shining on the screen, disco ball glitter trailing the carved walls, and the heavy use of auto-tune.  The refrain, sung over and over as the party raged, went: “Boy, we can do much more together.  It’s not so impossible.”  Thanks, Sufjan, for taking us to the opera. 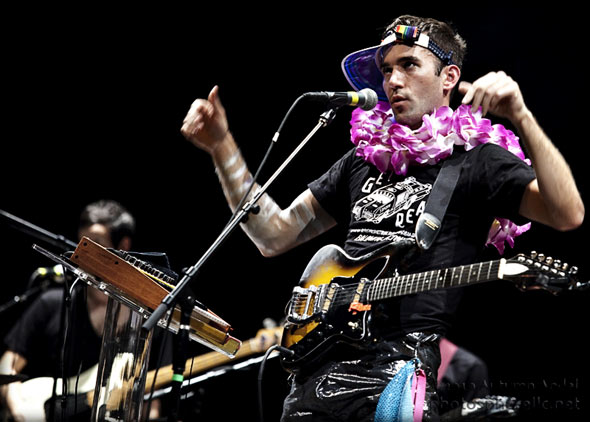