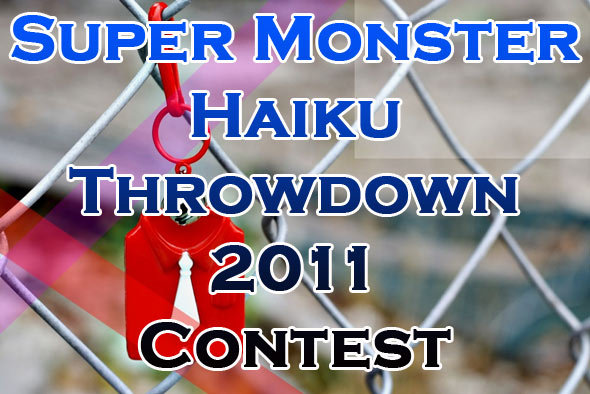 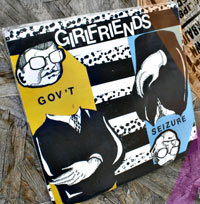 QRO is excited to kick off the New Year with a giveaway in cooperation with our friends at Floating Garbage Continent Records.  FGC is a spunky little label frequenting the nether regions of New England indie; in their own words, "a hot junk circus collective of panopticonartists in hyper-reality…"  Right? They’ve got their fingers in a lot of pies: throwing shows, designing posters, releasing music, ‘zines, chapbooks — and now they can add Super Monster Haiku Throwdowns to the list.

Check out the gallery for some gorgeous photos of the prize package courtesy of Nicole White.  FGC has served up everything except the kitchen sink: ‘zines, pins, posters, plus first edition tapes, CDs, and vinyl from Boston’s beloved Girlfriends (voted best Rock Act of 2010 y’all! and Best Garage/Psych Act of 2010 by the Boston Phoenix), out-of-print 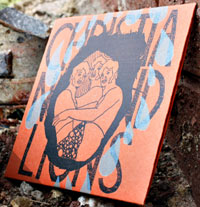 cult sensations Christians & Lions, and one of QRO’s favs, Thick Shakes.  Both Girlfriends and Thick Shakes have new songs and releases forthcoming, so get your hands on this prize pack to tide you over ’til then.

Winning is easy!  All you have to do is serve up the best haiku based on the Floating Garbage Continent motto: trash rules everything around me.  It’s not hard.  A haiku is just a three-line poem, with the first, second, and third line having 5, 7, and 5 syllables respectively:

Planet of the Apes
Fills me with monstrous disdain.
Why can’t chimps just die? 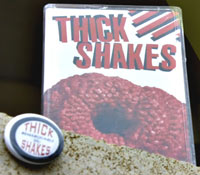 If you’re too dumb for haikus, we will also accept acrostics:

If you’re feeling rambunctious, we will even accept haikrostics: 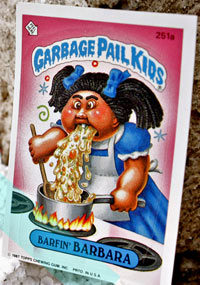 Move over buddy.
Or I’ll smack you in the grill.
My ass is in flames.

Leave your poetic creation below, or email it to [email protected].  Game on, bitches!

This contest is over!  Thanks for entering!