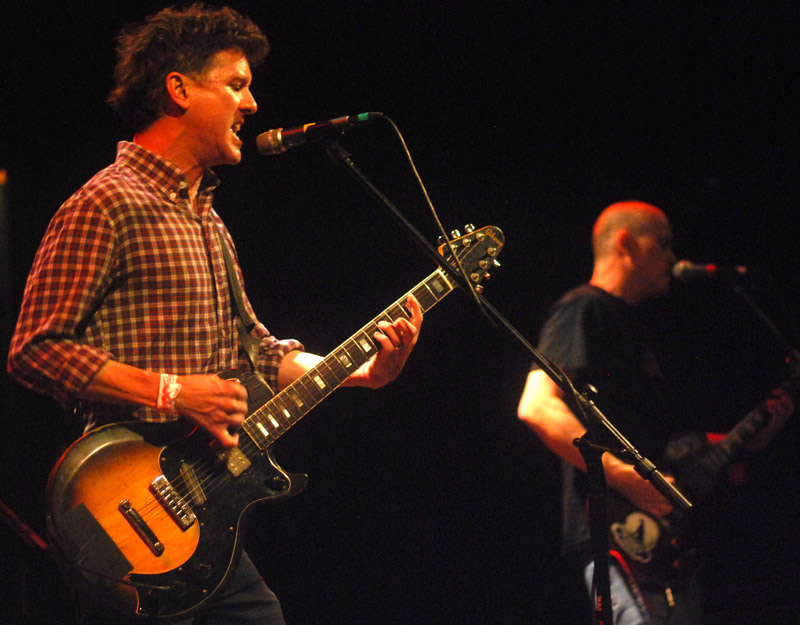 Click here for photos of Superchunk at 2014 Riot Fest in Chicago, IL in the QRO Concert Photo Gallery

There was a time before today’s alt-all stars, when indie bands didn’t play the season premiere of Saturday Night Live like Arcade Fire just did, when people bought records and listened to the radio, when MTV aired music – it was called ‘the nineties’.  It was also when bands could make good tunes and have a good time, not either/or – you didn’t have to be either a bedroom chillwave artiste or a punch drunk garage-rock band.  And Superchunk are bringing it all back, like at their raucous show at New York’s Bowery Ballroom on Saturday, September 28th.

The second of two nights at Bowery, Superchunk were also in town to play Late Night with Jimmy Fallon.  Of course, this was the same night Arcade Fire were playing SNL (QRO Indie On Late Night TV), but Superchunk had a little something to with that, too, as the band also founded Merge Records, home to Arcade Fire & more.  But instead of hobnobbing at 30 Rockefeller Plaza with the likes of Tina Fey that Saturday night, Superchunk were rocking Bowery to its foundations.

Touring behind their new I Hate Music (QRO review), the set naturally was weighted towards that record, as Superchunk started the night with “Break Down” and “FOH”, but the performance arced across the band’s entire career – and much more.  Despite a nine-year break in studio LPs between prior, ‘reunion’ album Majesty Shredding (QRO review) and the band’s original nineties run, fans knew not just the new stuff but also the old – there were huge audience reactions to pieces like “Punch Me Harder” (from 1991’s No Pocky For Kitty) and “Detroit Has a Skyline” (from 1995’s Here’s Where the Strings Come In).  The crowd was admittedly an older one than who usually comes to Bowery (QRO venue review), but had the energy of youth. 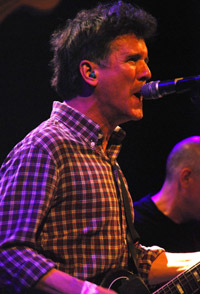 And so did Superchunk.  Singer/guitarist Mac McCaughan jumped around throughout the set – so much so that even guitarist Jim Wilbur could only shake his head and laugh.  If Wilbur wasn’t running around as much on his feet, he was with his mouth, providing some great between song banter – even pointing out that he needs to do banter while McCaughan boringly tunes, “To absorb some of the hate…”  Jon Wurster was understandably tied down to his drum kit, but seemed to be sweating bullets from the get-go.  Bassist Jason Narducy might not have had the same sweat output (McCaughan, after introducing Narducy in the middle of the set, immediately called him out for only then taking off his sweater…), but was certainly active.  Narducy is actually filling in on this tour for regular bassist Laura Balance, who has unfortunately developed hyperacusis, a little-understood condition that makes certain sounds unbearable (though she did play with the band on Fallon the day before; maybe she was taking the chance on Saturday to hobnob backstage at SNL…), but is a well-known commodity at Merge, as he plays in the band for the label’s punk icon Bob Mould (QRO live review), as Mould’s rhythm section – with Wurster. 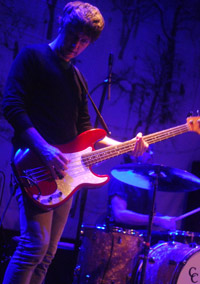 Standouts from the set included “FOH” (which stands for ‘Front of the House’, so always a good song live), the following “Crossed Wires” (from Majesty), “Detroit”, and “Punch”.  All of those came early, admittedly making the middle of the performance a bit of a lull, but then came killer I Hate Music single “Me & You & Jackie Mintoo” (whose chorus gave the album its awesome title), followed by Kitty’s “Cast Iron” (another ‘old fan favorite’), Majesty’s “Digging For Something” (where McCaughan reveled in the crowd’s clap-along, “Because then your hands aren’t holding a cell phone or an iPad, but just clapping like you did since you were two” – and proceeded to get the crowd to shout out, “I’m a big baby / Baby loves rock ‘n’ roll”…), and Hate’s “Trees of Barcelona”, one of the pieces that show that Superchunk aren’t just fun, but also can bring emotional weight. 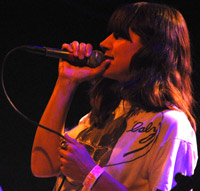 But the night was really about the fun, and that got kicked up another notch after the encore break, when Superchunk were joined by another Merge artist, Eleanor Friedberger (also of The Fiery Furnaces – QRO photos), in a sort of ‘Merge supergroup’.  Friedberger came to the stage with a bottle of water and lyrics sheets (even joking about how cool that was…), as she & the boys performed two covers that they hadn’t even practiced, Patti Smith’s dark & dirty “Easy Money” and The Ramones’ rollicking “Oh Oh I Love Her So”.  And then Superchunk closed things down with their early ‘hit single’, “Slack Motherfucker”.  The band might be small business owners now, not young laborers like when it was written for the 1990 self-titled debut, but they’re still “Not working for you…” 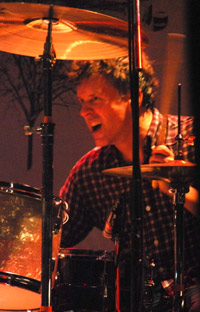 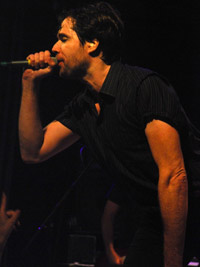 Nor were they done.  After a second encore break, Superchunk returned for five more songs!  The final two were covers, and while seguing from Misfits’ “20 Eyes” to Black Flag’s “My War”, McCaughan put down his guitar and took over drumming duties from Wurster (without missing a beat), while Wurster took up the mike.  @JonWurster is maybe the funniest musician on Twitter, thus it’s always a bit of a shame that he’s trapped in the back while performing, so it was great to see him come to the front of the stage and sing directly into the audience to end the wild night.

Superchunk will probably always be primarily remembered for founding Merge Records (which also hosts artists such as Spoon, She & Him), but their own material is fondly remembered by many – and their energetic live show should be loved by all. 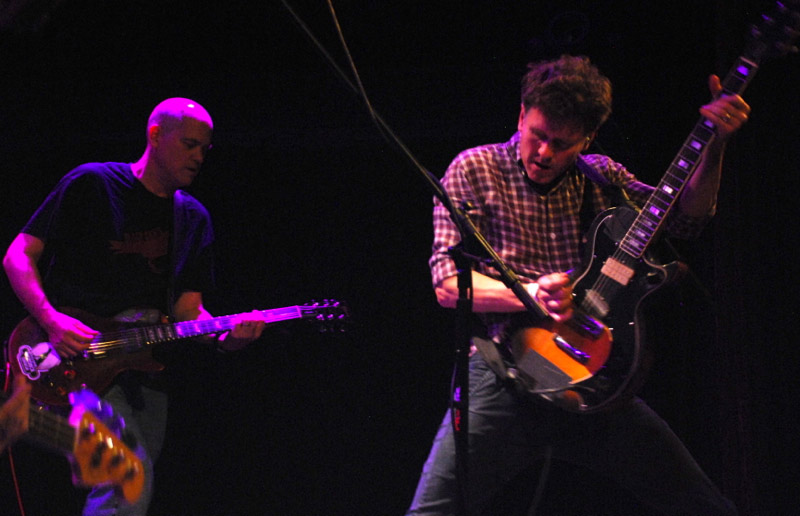