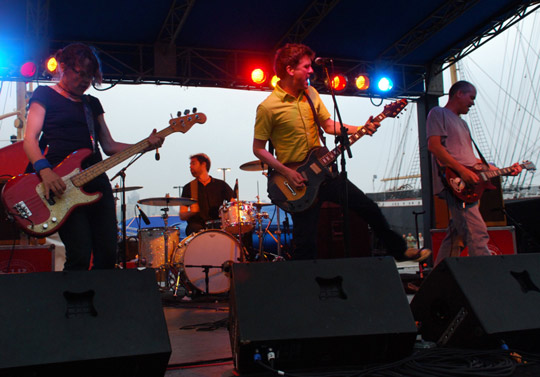 Click here for photos of Superchunk at SXSW 2010 in Austin, TX in the QRO Concert Photo Galery

Remember when indie-rock was fun, but didn’t have to be ‘just’ fun?  When a band could have skill & emotion when they rocked, but they & the crowd could also be having a good time?  When a show didn’t have to be either some serious soul bearing, or wacky, zany live antics?  When a band was just as good on record as they were on stage, and vice-versa?  I.e., remember the nineties, when ‘indie’ was still ‘alternative’?  Well, nineties alt-rock heroes Superchunk brought it all back when they played South Street Seaport as part of the River-to-River Festival on Friday, July 17th. 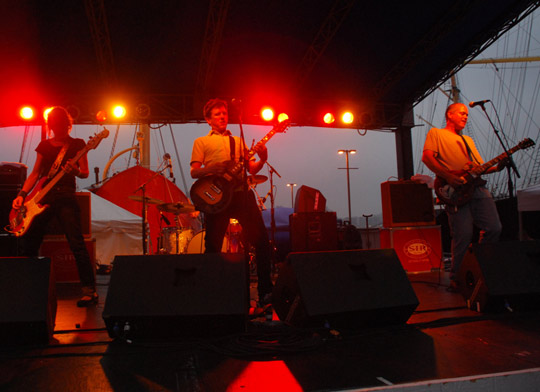 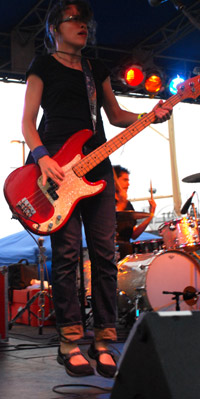 Nowadays, Superchunk is most famous for being the founders of North Carolina’s Merge Records, that ‘little indie imprint that could’, with acts like Arcade Fire (QRO live review), Spoon (QRO live review), M. Ward (QRO album review) and more.  But singer/guitarist Mac McCaughan and bassist Laura Ballance founded Merge for themselves, and it was when Superchunk left Matador for Merge in 1994 that the label first got noticed.  In this decade, Merge seems to have taken up more & more time, as the band hasn’t released a new full-length since 2001’s Here’s To Shutting Up, but they have managed to put out some compilations of old material, live recordings (the Clambake series), and new seven-inches (including “Misfits & Mistakes” with Meatwad, for Aqua Teen Hunger Force Colon The Movie), as well as doing a few choice performances here and there, from 2006’s The Daily Show 10th anniversary celebration at New York’s Irving Plaza (QRO venue review), to a cancer benefit the following year in Chicago, to appearing at southern California’s Coachella Festival this year (QRO Festival Guide).  Also in there have been a couple of free, outdoor summer shows in New York, including 2007’s first Pool Party (QRO review) at McCarren Park Pool (QRO venue review), and now appearing at South Street Seaport (QRO venue review) for River-to-River. 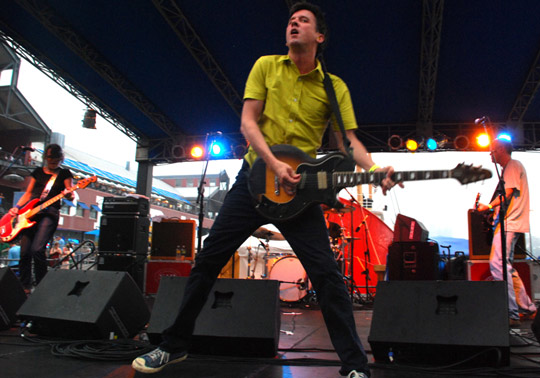 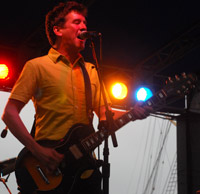 Note: you don’t have to be a Superchunk devotee, or even just a die-hard nineties alt-rock fan, to enjoy their show.  Despite their age (though only near-bald guitarist Jim Wilbur really looks it…), Superchunk have a ton of energy on stage – maybe they save it up by only playing a few shows every other year.  McCaughan sung with more vigor than most of the young hipsters across the East River, and Ballance leaps as much as she can.  But they’re not some party-rock band with forgettable songs that all bleed together (though they do have, as McCaughan put it, “sound-smears”) – there was a force behind pieces as old as “Slack Motherfucker” or “Driveway To Driveway”, to new ones like “Learned To Surf” & “Crossed Wires”, as well as actual skill (though they didn’t play “Misfits” – well, it’s not as good without Meatwad…). 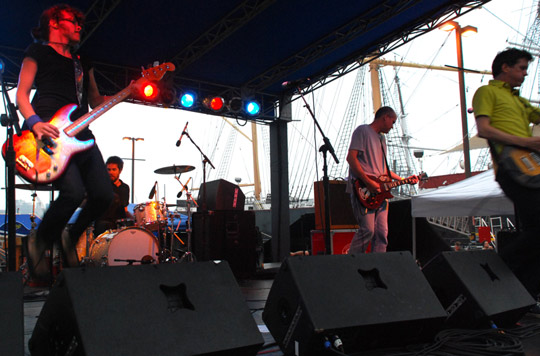 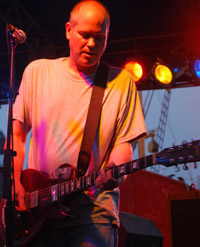 Superchunk were also enjoying themselves on stage, without it feeling overdone.  They joked on each other, like when McCaughan asked Wilbur for some duct tape at the side of the stage, because “I don’t want to get in anybody’s way…” – the guitarist replied, “Too late!”  But when Wilbur announced that he hadn’t practiced a certain song, McCaughan ribbed back that Wilbur was just trying to show how good he was, or, as Ballance put it, “When this came up in practice, [Wilbur] said, ‘Oh, we practiced this one in May’…”  They called another song drummer Jon Wurster’s “favorite”, when it almost certainly wasn’t, and ripped on the “incompetent boobs at Merge” for not having “Crossed Wires” seven-inch out yet for sale at the merch table (though if you didn’t know Superchunk founded Merge, might have thought they were just bitching…). 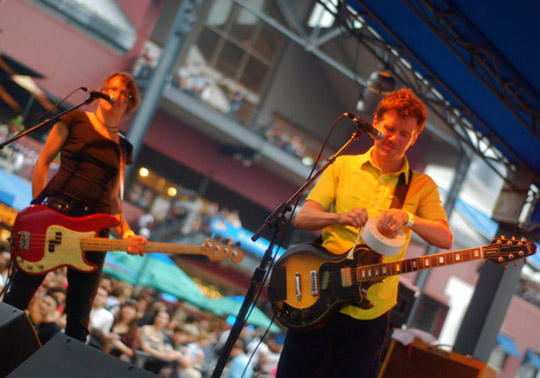 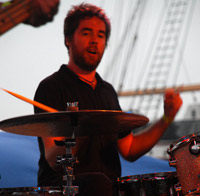 The rise of file-sharing, collapse of the major label system, and ease with which people can distribute music (if not get paid for it…) has all led to a plethora of indie bands, and they each struggle to make their mark.  Usually, they go one of two ways: either load up on the skill, like stripped alt-folk or experimental tech, or load up on the wild, like stage antics or super-audience-involvement.  But remember when an alt-band didn’t have to be one or the other, didn’t have to try so damn hard, but just did what they wanted, had a good time, and made good music?  Superchunk provided the perfect revival. 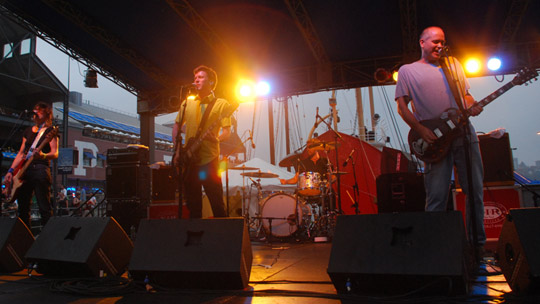 The Danks : Are You Afraid of The Danks?