<img src="http://www.qromag.com/wp-content/uploads/2010/01/susurandrandr.jpg" alt=" " /><i>R and R and R</i><span style="font-style: normal"> is a provocative musical statement that will command you to attention with all the authority of a drill... 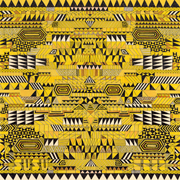 Susu is an aggressive artcore machine out of Brooklyn with one setting (loud) and no off switch.  Eschewing standard verse-chorus-verse formats, their latest release, R and R and R, is a provocative musical statement that will command you to attention with all the authority of a drill sergeant on acid.  Most of the sonic vocabulary, the raw guitars and the howling vocals, are reminiscent of the textures of the New York underground scene of the ‘80s: intense, experimental, and a little bit dangerous.  Susu takes this sound and reconfigures the elements into often exhilarating inventions of proggy, punky chutzpah.

The opening track "Mustang Sally" and "Clockwork" are instrumentals highlighting the sheer musical chops of the band.  Susu is tighter than a Jersey Shore guido’s abs.  Acerbic guitar licks, frenetic bass lines, and the spitfire drums of Oliver Riviera-Drew flex in a single unified motion, hurtling the songs forward at breakneck speed and changing tempos at the drop of a dime.  The songs on R and R and R speak volumes about the possibilities of collaborative composition (as opposed to drawing up songs alone in your bedroom with a laptop).

The instrumentation is so impressive that the vocals strike you as a bit of an afterthought.  Andrea Havis (guitar) has cultivated an early Kim Gordon (of Sonic Youth – QRO live review) howl (circa Confusion is Sex) on "M.B.T" and "Sympathy is Free".  Mike Gabry (bass) draws from a number of influences in his vocals: David Byrne, Mark Mothersbaugh, and Fred Schneider from the B-52s (QRO album review).  The common denominator is, of course, that none of them would have gotten the girl in a teen movie (well, maybe the Loveshacker).  Mr. Gabry channels the geek chic on tracks "Clean vs. Dirty" and the bizarre, but loveable, "Las Sirenas", which will have you scrambling for your Spanish-English dictionary.

Much of the avant-garde music that came out of New York during the ‘80s proved tremendously influential.  But when you go back and listen to the recordings of early Sonic Youth, Theoretical Girl, and so forth, you can’t help but feel the dingy audio doesn’t do justice to the music.  Even the ‘high art’ symphonies of underground legend Glenn Branca sound pretty shoddy (Wharton Tiers didn’t quite have his ‘A’ game going yet).  Luckily, Susu’s latest release gives you an idea of how good that music could have sounded if recorded properly.  Timing in at just over 34 minutes, the album (wisely) challenges the listener without crossing into abrasive territory.  R and R and R is a great tribute to artcore tradition, and a novel, exciting work of art in its own right.