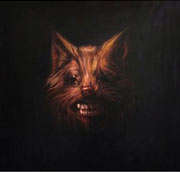 When it comes to Swans you can’t have beauty without the opposite.  Even at their most composed, you get the feeling that they’re smiling at you with bloody hands behind their backs.  Borne out of the nihilistic No Wave scene, Swans have outlasted many of their peers by building a career on rejecting any normative standards of music and adhering only to extreme experimentation.  Swans also built a reputation for themselves through their notorious live shows, which saw audience members suffer physically from extreme sound levels or even at the hand of lead singer Michael Gira.  Swans has been the vehicle for Gira’s art rock experimentations since the ‘80s and their music has evolved through various phases, shifting from dark to darker.

Defiance, experimentation and finding new ways to torture music have always constituted the backbone of Swans’ sound.  It has outlined the conceptual framework for their music and helped them manifest their legacy in alternative culture.  Despite their non-approach to making accessible music, Swans have come dangerously close to being just that at many times.  1989’s The Burning World was a distinctive move away from noise rock and showed an out of character Swans exploring almost gentle Americana.

Click here for photos of Swans at 2014 Le Guess Who? Festival in Utrecht, Netherlands in the QRO Concert Photo Gallery

Click here for photos of Swans at 2013 Optimus Primavera Sound Festival in Oporto, Portugal in the QRO Concert Photo Gallery

Click here for photos of Swans at 2013 Primavera Sound Festival in Barcelona, Spain in the QRO Concert Photo Gallery

Click here for photos of Swans at La Zona Rosa in Austin, TX on September 14th, 2012 in the QRO Concert Photo Gallery

Click here for photos of Swans at 2011 All Tomorrow’s Parties at Alexandra Palace in London, U.K. in the QRO Concert Photo Gallery

Click here for QRO’s review of Swans at Roseland Theater in Portland, OR on February 27th, 2011

During their 30 year long history, Swans have dug themselves deep into the trenches of their music and somehow they’ve always managed to find their way out.  It’s unclear whether Swans themselves know what they are seeking when they go digging, but the things they find along the way represent some of music’s most interesting findings.  These souvenirs from the underground are all on display on their latest album, The Seer.

The Seer, Swans’ twelfth album to date, is a two-hour long process in which Michael Gira takes your mind as hostage.  On the cover you see some sort of wolf-like creature appearing through the shadows, staring at you with a malicious grin.  This is precisely the kind of images that The Seer conjures up.  Carved out of some kind of raw material its sound is rugged and rustic, molded by the band’s craftsmanship.  The instrumentation is mainly acoustic which creates a rough and organic texture through guitars, the occasional bagpipes, strings and bells.

On album opener “Lunacy” he has the assistance of Low’s Mimi Parker and Alan Sparhawk (QRO album review), who form an ominous choir accompanying Gira.  Their voices appear from somewhere in the dark, rushing towards you in an incessant chanting of “Lunacy, lunacy, lunacy.”  At first they urge, and then they command.  Gradually it encapsulates you in a mystical haze, easing you into a meditative state.  As it grips you, it targets your subconscious and before you realize it you are initiated in the world of Swans.  Then “Mother of the World” takes over, with a three minute limping of two notes, followed by Gira’s atonal singing that comforts like some twisted lullaby.  Karen O (QRO album review) makes a guest appearance on “Song For a Warrior”, a somber number that she carries beautifully as a protecting mother figure contrasting the album’s violent nature.

Swans’ music has the ability to trigger primal reactions, as would any sort of negative stimuli.  Take the title track for instance, in which they spend 32 minutes experimenting with different sounds and come across as a wild animal chasing its own tail.  They move around the same few notes as Gira repeats, “I’ve seen it all, I’ve seen it all.”  The aggravated, staggering progression of drums rapidly gaining in speed leads into a crescendo of distortion, at which point the song collapses in on itself.  This offers no release.  Therein lies the essence of Swans’ music.  There is no release, only a perpetual grinding of your senses.  There isn’t necessarily a light at the end of the tunnel but that’s never been a concern of Swans’.  It’s there in the middle of the darkness, in the eye of the storm that they are in their element.

Early on they found their own creative space between No Wave’s aptitude for tearing music apart and the punk movement’s emphasis on individual expression.  This is where they have remained, where experimentation is the final destination and not the gateway.  The Seer is a place to which you’re bound to return, like a recurring nightmare that you have to dissect, in order to understand what it symbolizes, to discover what really lurks in your subconscious.

MP3 Stream: “Song For a Warrior“