It was a hell of a Hump Day at South-by-Southwest....

The Economist just said that the music industry is growing again – or at least finished bottoming out. So with that ringing endorsement, there hadn’t been a better time to head down to Austin for its annual, massive, music industry festival, South-by-Southwest – Tuesday-Saturday, March 12th to 16th, which QRO did, with Ted Chase, Ivey Haber, and Alex Ramirez.

Still the ‘real’ start to South-by-Southwest, Wednesday was jam-packed with acts big & small, events you could just walk into & ones you’d have to wait in line hours for.  It was a hell of a Hump Day: 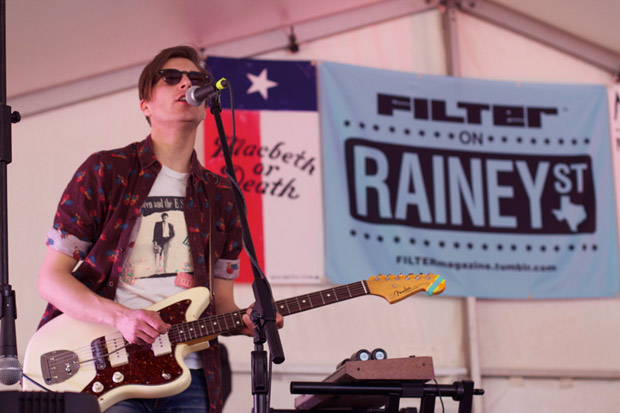 Ivey Haber got a ‘solid’ start to her South-by-Southwest Wednesday with Solid Gold. 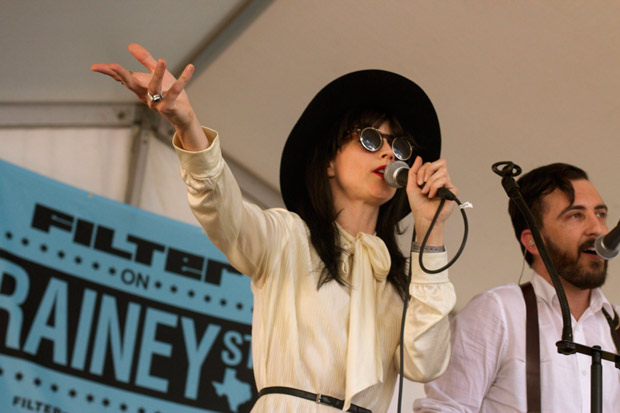 Following up were one of Ivey’s favorite bands of South-by-Southwest 2013, In the Valley Below.  Especially special about the Los Angeles outfit was the outfit of lead singer Angela Gail. 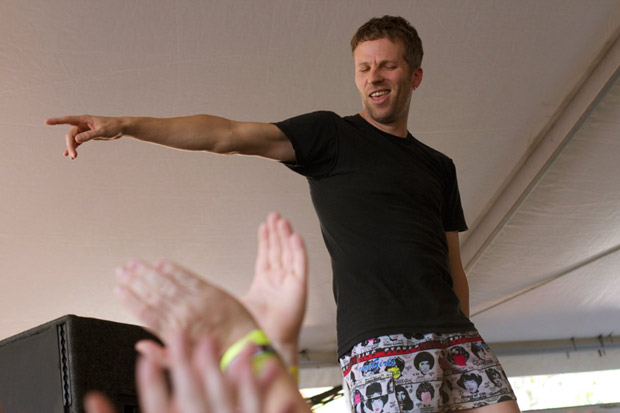 Closing out the day party was !!! with a really fun dance party – as one fan said, “They are like Billy Joel snorting a disco ball!” 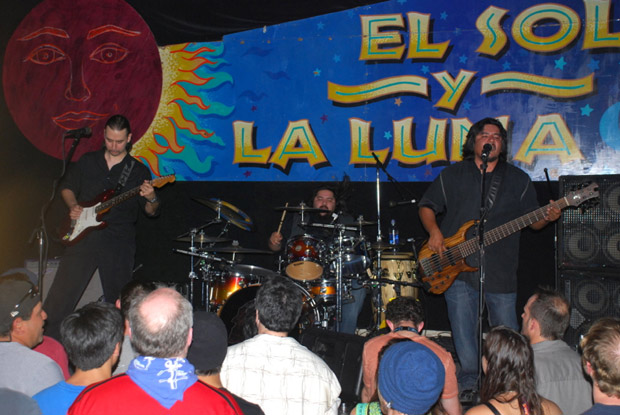 After flying overnight to Austin on Monday night/Tuesday morning, Ted Chase crashed and slept through the day on Wednesday.  Finally managed to get downtown for Camper Van Beethoven and the Make Your Mark party at El Sol y La Luna (thanks to a special wristband picked up the day before during some free time) – only for Los Lonely Boys to still be on, jamming away.  Did get to run into the likes of CVB’s Greg Lisher and David Lowery (QRO interview), but when LLB went into another song after seven o’clock (when CVB were supposed to have started), had to take off to get in early for the night’s big event. 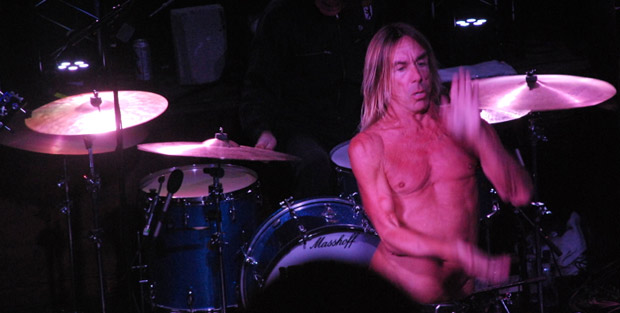 One of the biggest artists playing SXSW ’13 was the one-and-only Iggy & The Stooges – and they weren’t playing the usual big Austin venues, but rather the more moderately sized Mohawk.  And they were playing early, 8:30 PM start time, after a 7:30 PM opening set by Japandroids.  It was badges only, but Iggy’s PR people put Ted Chase on the VIP list, making for a must-catch.

But not for much of a ‘VIP’ list – the line for it crossed Red River.  In fact, there were multiple lines to get in, including regular line (which seemed to actually have let wristbands in as well as badges), a cash line that was created despite it being billed as a no-ticket show, a line for people with ‘red skull tokens’ that apparently could get one into anything at SXSW, Iggy’s own personal list, and more (including numerous people who thought they were so VIP that they could just walk up to the back entrance and walk right in…).  The line moved at a snail’s pace, taking over an hour-and-a-half to get in (completely missed Japandroids – thankfully caught them the prior night) – and once there, the clearly way overworked Vans people with the list had never heard of Iggy’s PR company!…

However, they said that Ted had been so patient that they took his word for it and let him in.  And met some great people on the line, including Adam Schatz (QRO interview) of a million bands – currently Man Man (QRO live review) and Landlady (QRO mp3 review), but knew him best when he previously was in Previously On Lost (QRO live review).  And once inside had the Vans VIP wristband (which literally said, “I’m on the List”) for free drinks and VIP balcony area. 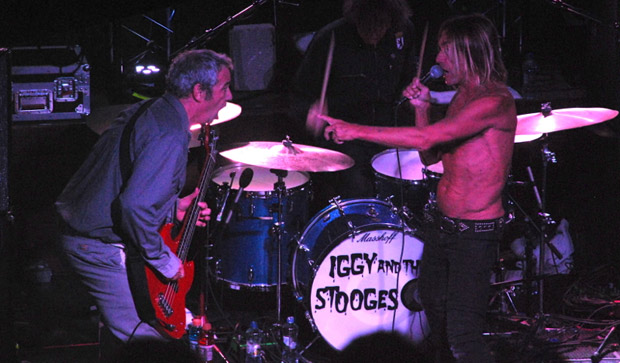 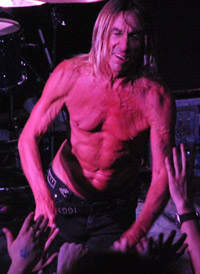 More importantly, Iggy Pop still totally had it.  It was great to hear him play classics like “I Wanna Be Your Dog” and “No Fun” alongside the live debuts of tracks from the new Stooges record, Ready To Die, such as “Dirty Deal” (about the music industry, of course…).  And who was on bass for The Stooges, replacing the late Ron Asheton?  Why punk-bass icon Mike Watt (QRO mp3 review), of such eighties acts as Minutemen and fIREHOSE (not to mention his solo stuff & working with everyone from Iggy to Kelly Clarkson)!

Admittedly, was more ‘hear’ than ‘see’, because it was packed on the stage floor and even in Mohawk’s balconies (lots of lifting of the camera above the head), and whenever Iggy would lean into the crowd, he’d lean out of the light.  Still an incredibly special event – right up & including Iggy leaving the stage and going straight into a parked SUV on Red River, then high-tailing outta Dodge… 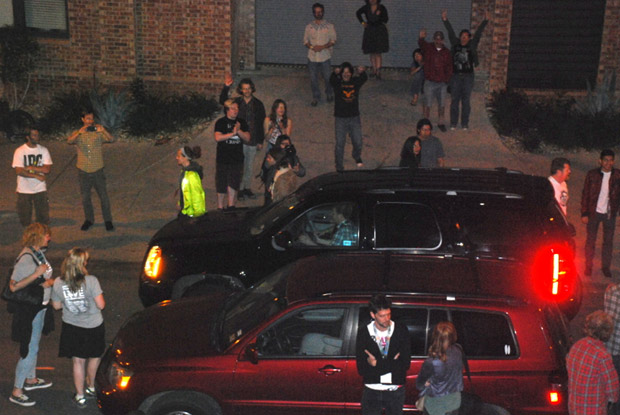 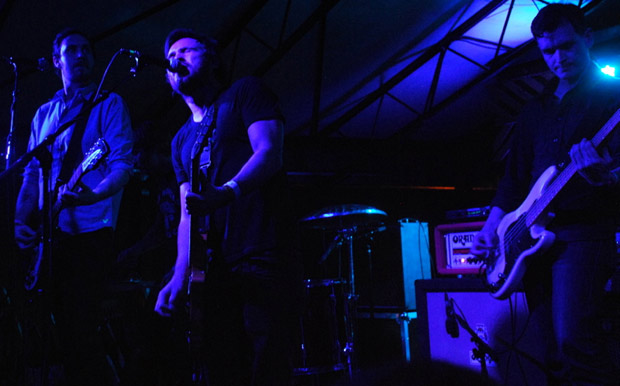 In the unfortunate situation of having to follow Iggy & The Stooges were Middle Class Rut – and after them came The Specials & Ghostface Killah, so it was really a no-win for MC Rut.  They did deliver their hard rock, if to a much less packed Mohawk. 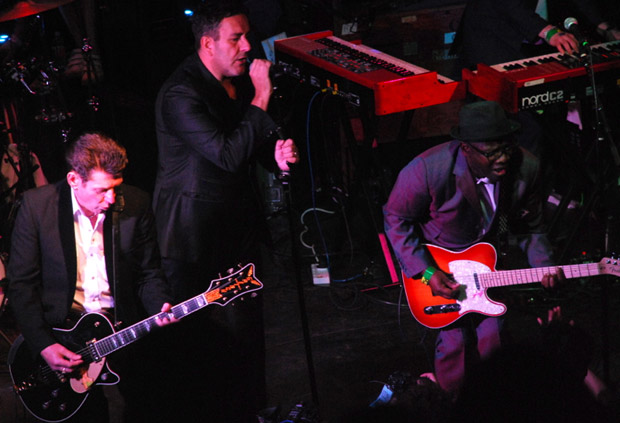 There was a bunch else going on, but how can you pass up The Specials?  The original two-tone masters of ska don’t have Jerry Dammers or Neville Staple from the original line-up, but they still played classics like “Rat Race” and “Nightclub” (no VH1 Classic 120 Minutes favorite “Ghost Town”, however – maybe just not appropriate for Austin during SXSW…).  They are a band where your enjoyment depends on everyone else being into the show, and between Iggy before and Ghostface Killah afterwards, didn’t have the most skankin’ of crowds. 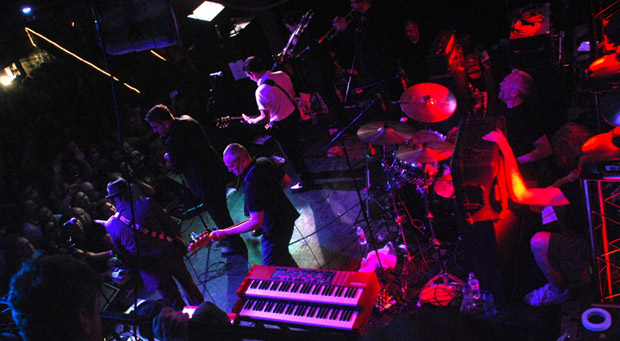 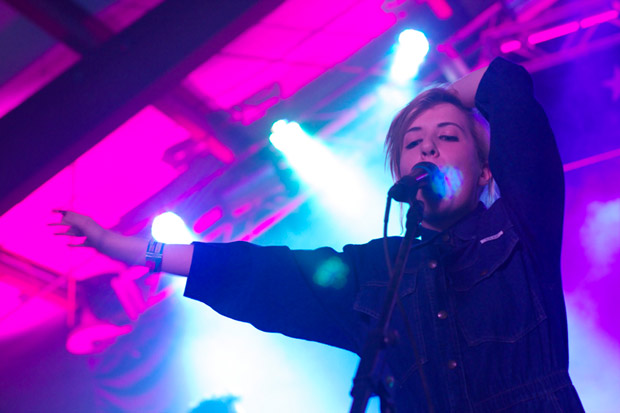 Photos of Austra at 2012 London Calling Festival in Amsterdam, Netherlands

Photos of Austra at Brighton Music Hall in Boston, MA on May 25th, 2011

Austra was scheduled to go on at 10:30 PM at VICELAND, but didn’t hit the stage until more than an hour later – a South-by-Southwest show running late?  What a surprise…

Still, she & her great band had some awesome fans.

But there was insane dancing for Icona Pop – people were jumping up & down for the Swedish electro-duo.  Another of Ivey Haber’s SXSW ’13 favorites, they closed with “I Love It”. 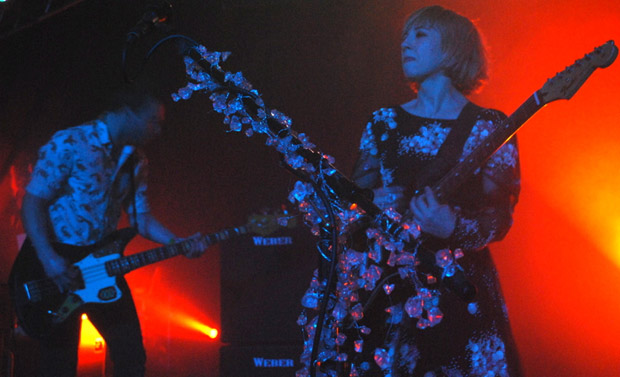 Photos of The Joy Formidable at Bowery Hotel in New York, NY on November 8th, 2012

Photos of The Joy Formidable at Bluebird in Bloomington, IN on March 22nd, 2012

Photos of The Joy Formidable at 2011 Fun Fun Fun Fest in Austin, TX

Photos of The Joy Formidable at Music Fest NW 2011 in Portland, OR

Photos of The Joy Formidable at 2011 Osheaga Music Festival in Montreal, PQ, Canada

QRO’s review of The Joy Formidable at Webster Hall in New York, NY on April 29th, 2011 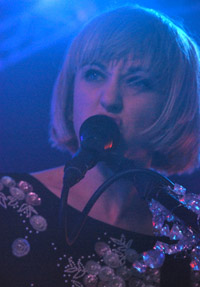 vey and Ted Chase crossed paths at VICELAND, with Ivey leaving as Ted arrived (after the Vans open bar at Mohawk closed…) for The Joy Formidable.  At least there was no line to get in (unlike the prior night), and the stage had been moved inside – and with a photo pit (kind of closing the barn door after the Japandroids had gotten out, though…).

Photos of The Joy Formidable at Lincoln Hall in Chicago, IL on April 5th, 2011

QRO’s review of The Joy Formidable at Terminal 5 on January 9th, 2010

Despite the late hour, The Joy Formidable still had tons of energy and Ritzy Bryan is still a killer frontwoman, as excited about performing as anybody.

-alt-J (QRO photos), Yeah Yeah Yeahs (QRO album review), Café Tacvba, and Nick Cave & The Bad Seeds @ Stubb’s, 7:45 PM – 2:00 AM.  Maybe the hardest official show of SXSW to get into was this one from NPR, with Nick Cave playing early (like Iggy), the return of the Yeah Yeahs, and Mercury Prize winners & overnight U.K. hits alt-J (plus Mexico’s Café Tacvba – this was an NPR showcase, after all…).

-Tenacious D (QRO live review) @ Brazos Hall, 10:15 PM – 11:00 PM.  Last year when The D played SXSW (QRO recap), the line was massive and later announced to be badges-only – likely was the same again for Hollywood Jack & Rage Cage.  But thought they said rock was dead and it was back to The Jazz (QRO photos at jazz café)?…

-Heartless Bastards (QRO live review) @ The Stage On Sixth, 1:00 AM – 2:00 AM.  Was likely packed for Austin locals at Partisan Records showcase, like when they played last SXSW (QRO recap).