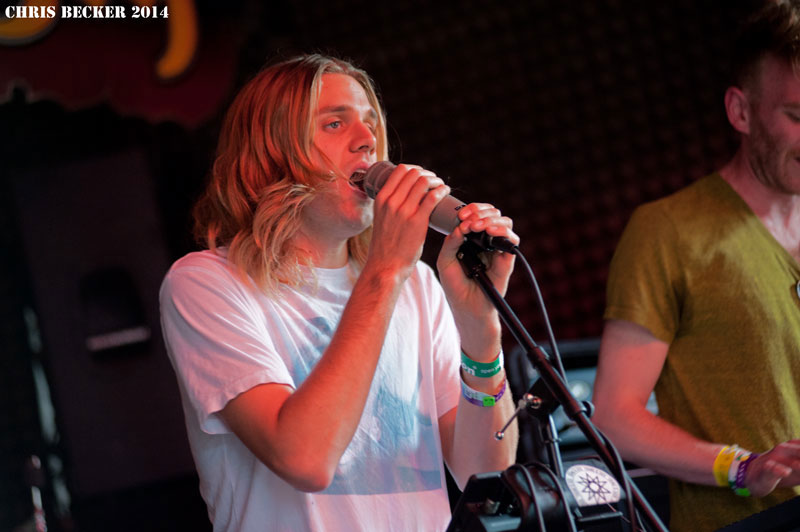 San Francisco’s own multi-venue festival, Noise Pop, kicks off the festival season early every year in February – and early on Friday art/music collective Young & Sick played their showcase (before heading to New Orleans for The Buku Music + Art Project – QRO preview – which they did the art for last year). 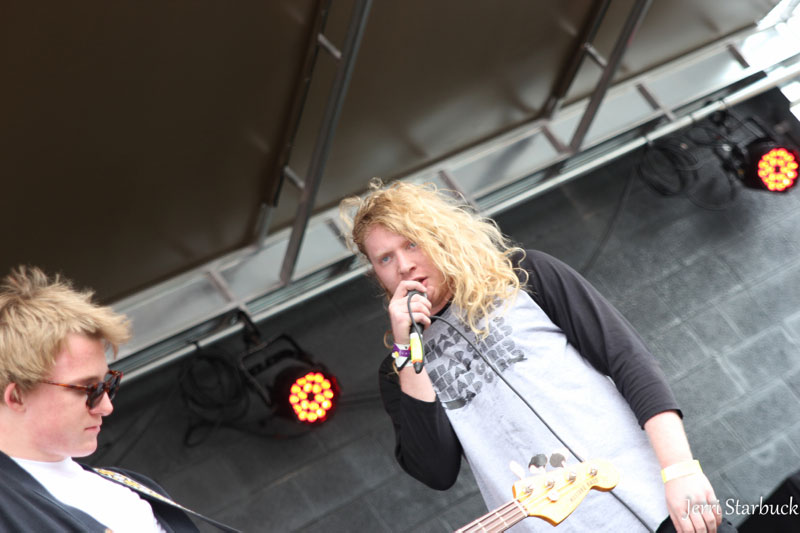 One of the best SXSW parties, year-in & year-out, is SPIN Magazine’s on Friday afternoon at Stubb’s.  This year it expanded by setting up a second ‘North Stage’ at the other end of the outdoor space, which was opened by the wild antics of The Orwells. 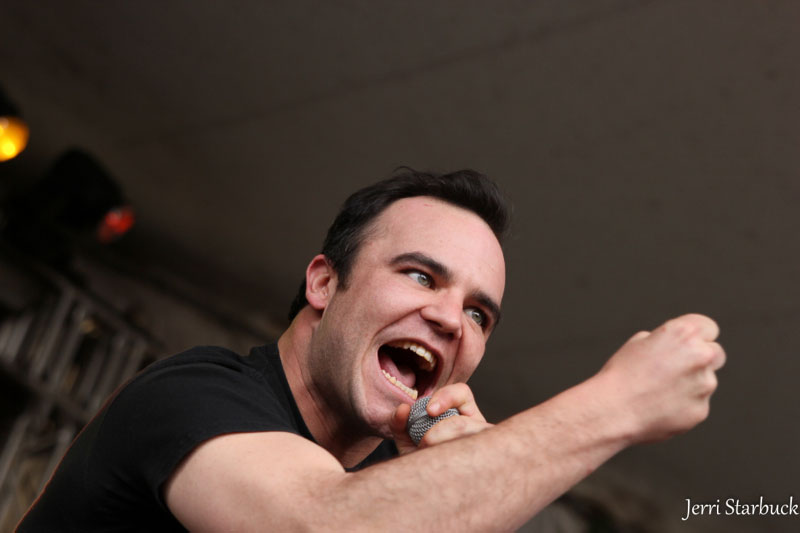 On the main stage was the more intense than wild art-punks, Future Islands. 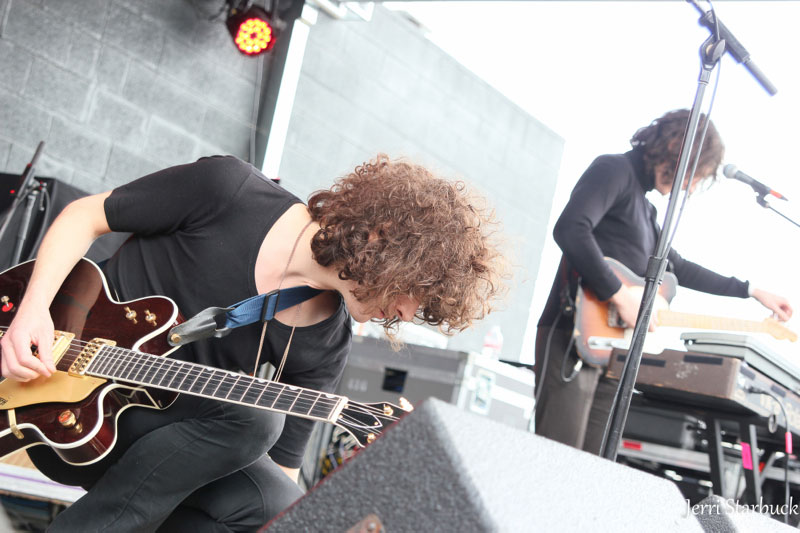 QRO caught Temples for the second time at SXSW ‘14 (QRO photos from first time), more by accident and because the psych-rock act has hype behind them, leading to lots of bookings at the festival.  Still thought that psych-rock loses something outdoors – or at least theirs did.  They even had country, honky-tonk-like songs… 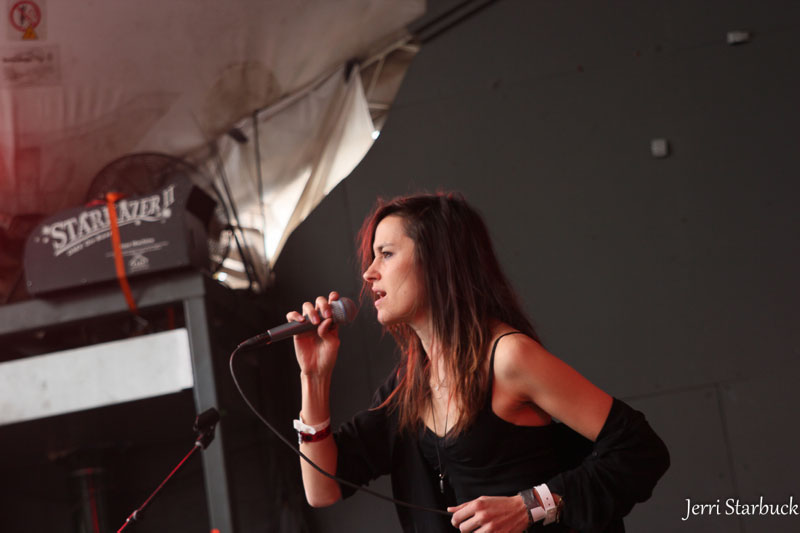 A very highly hyped act playing the SPIN party was Warpaint – and not just because they’re a good-looking all-girl band.  But kind of could only remark on their looks, because their synth-y, neo-goth set was shortened and marred by technical issues, which the band apologized for. 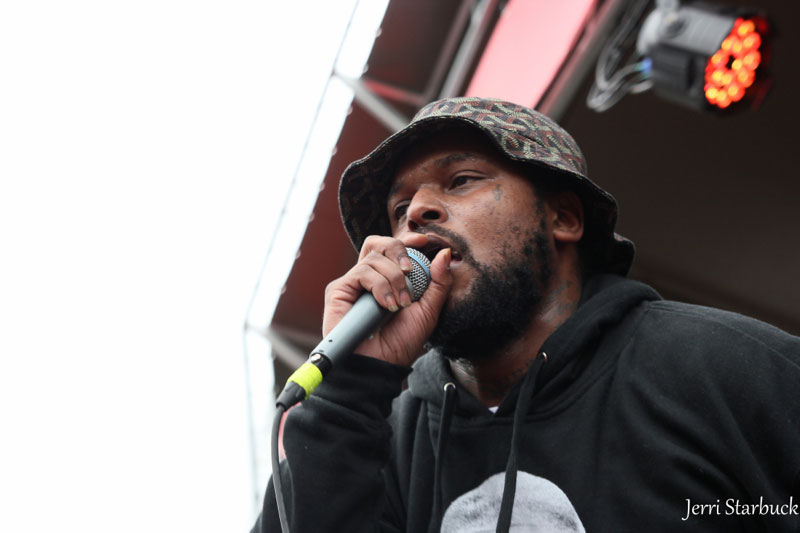 “Gangsta!  Gangsta!  Gangsta!”  ScHoolboy Q played at the very front of the North Stage, remarking how “bourgie” the whole thing was.  While people there might have been drinking for free, when ScHoolboy Q asked his real fans to step up they were also standing on dirt next to the line for port-a-potties. 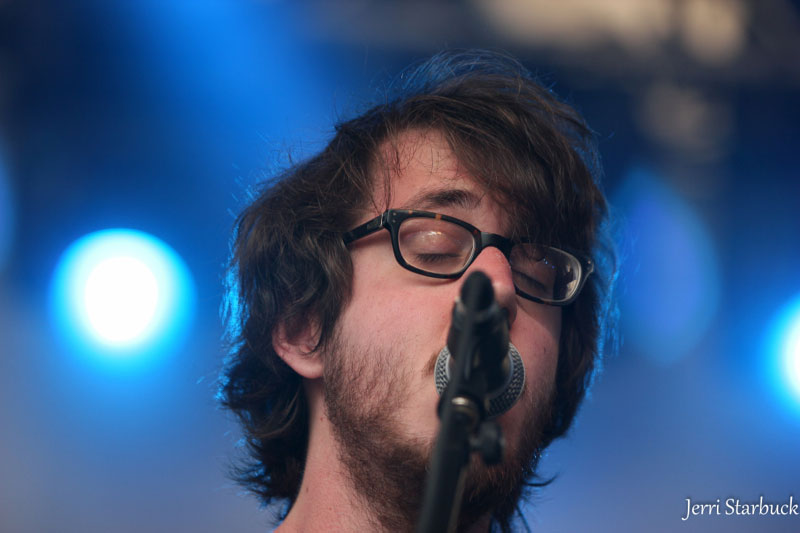 There’s a lot of Brooklyn rock, and yet Cloud Nothings still manage to stand out.  Nicely kicking ass with out just being ‘kick ass’, the group played behind their upcoming Here and Nowhere Else.  Garage-rock bands, take note: this is how to do it. 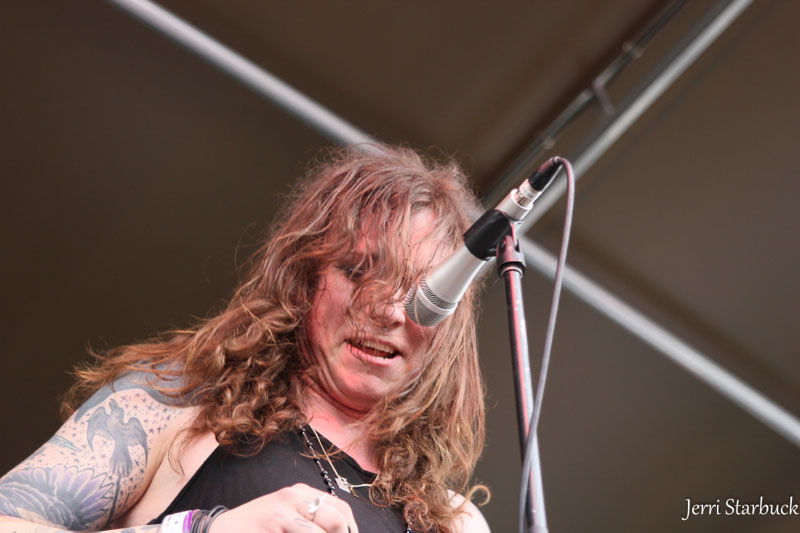 God bless Against Me!’s transgender heart.  The punks had once been running out the played out ‘teenage anarchist’ string (though they did play that song) with White Crosses (QRO review), but the sex change of frontperson Tom Gabel (QRO interview), now Laura Jane Grace, revitalized the political band with this year’s excellent Transgender Dysphoria Blues (QRO review). 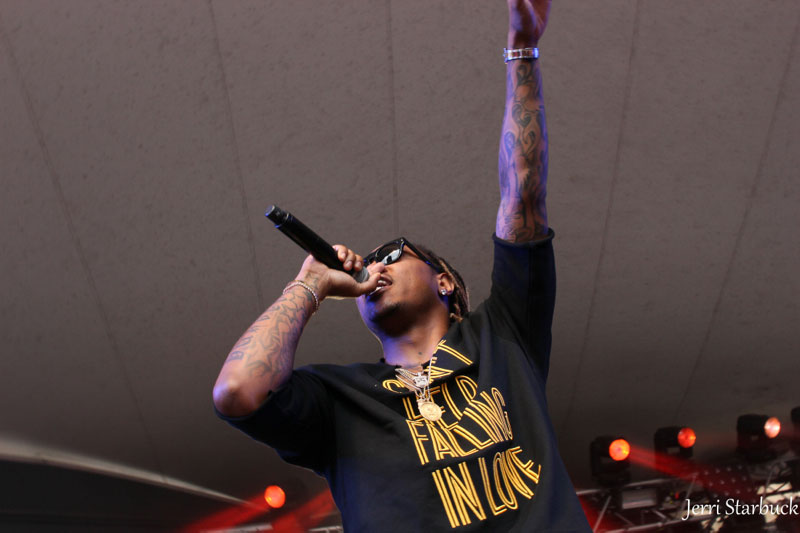 Future brought bigger hip-hop to close out SPIN’s SXSW ’14 showcase, which might have not had a huge headliner like last year’s Kendrick Lamar (QRO photos), but was better balanced thanks to the two outdoor stages.  But Future just said, “Fuck that shit – gotta head back…”

A major presence in the indie-booking world, Flowerbooking put on a showcase at reopened for the daytime Cheer Up Charlie’s with Kid Karate, Creative Adult, and Honeyblood. 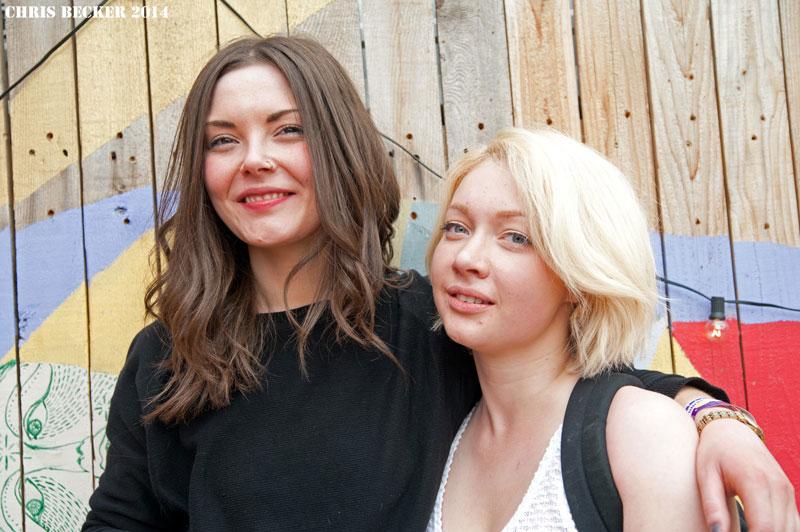 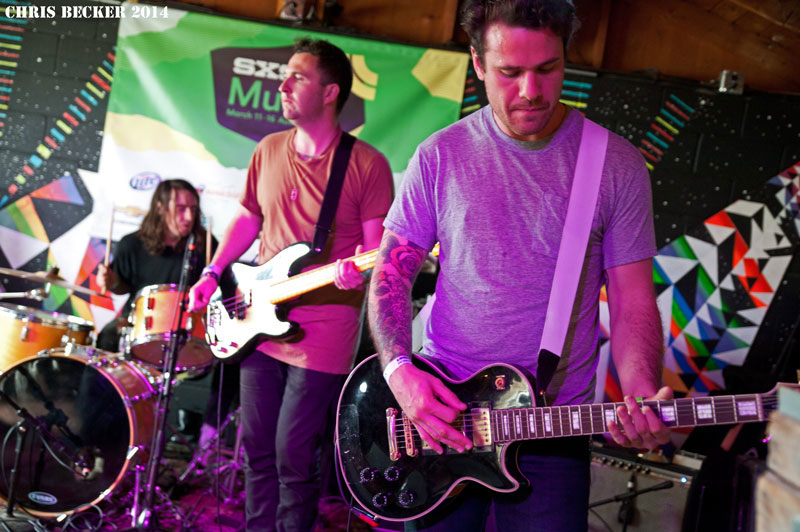 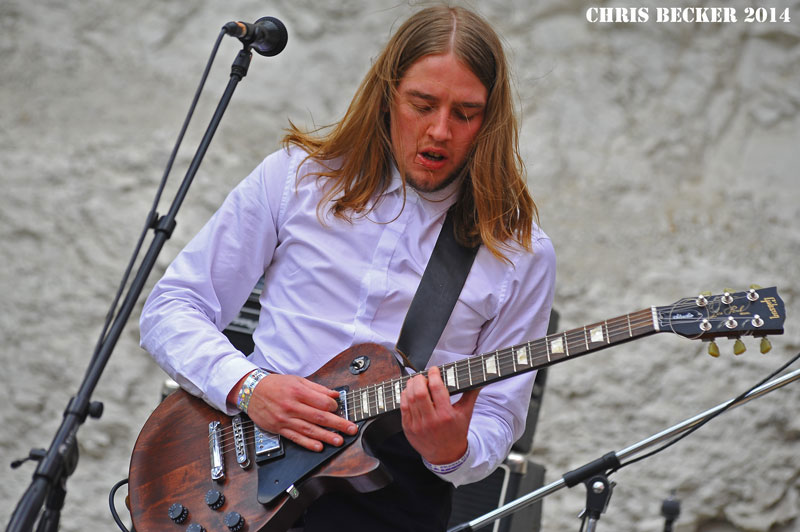 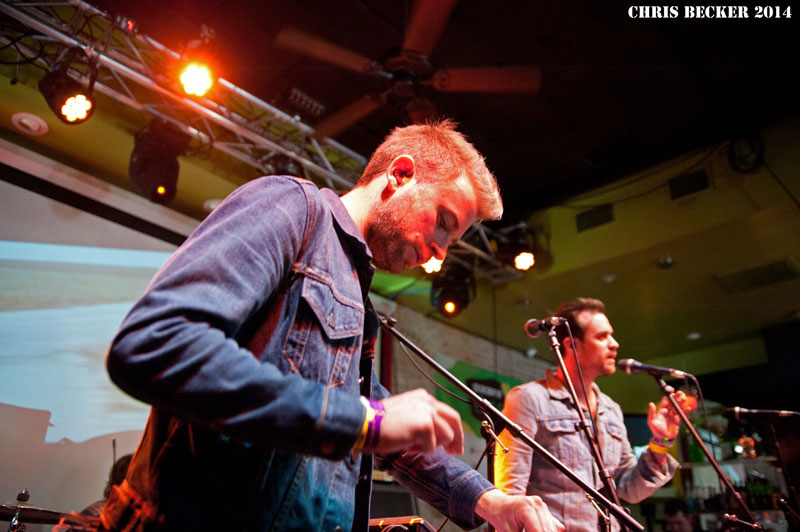 The Brits took over Latitude 30 during the day & night once again at SXSW, including Until the Ribbon Breaks. 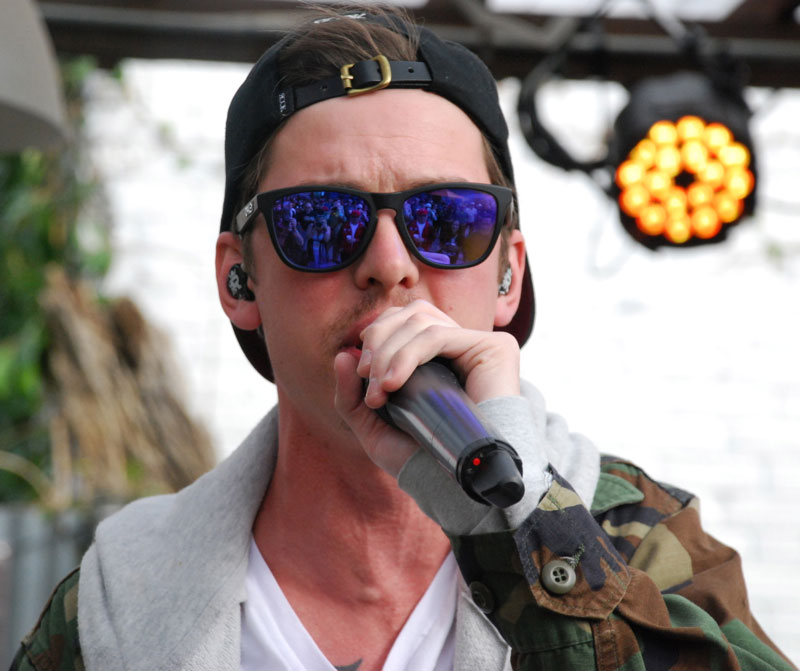 If you showed up too late for the free Stubb’s brunch courtesy of SPIN, one could still always count on free food at the Rachael Ray House.  Also there was Grieves, a funny white guy from Seattle doing hip-hop – QRO can’t be the only one to think of comparisons to Macklemore (QRO photos at SXSW last year)… 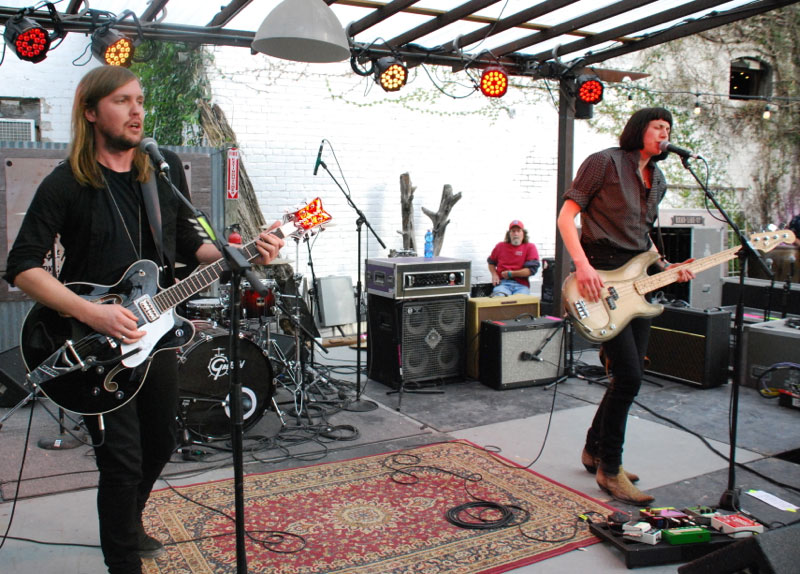 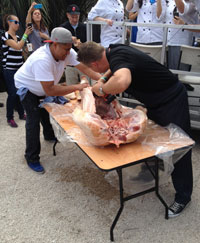 Loud rock ‘n’ roll, grit-style, came from Band of Skulls.  It kind of fit with the carving up of a pig at the Rachael Ray House (even though they served chicken – pig was for next day…). 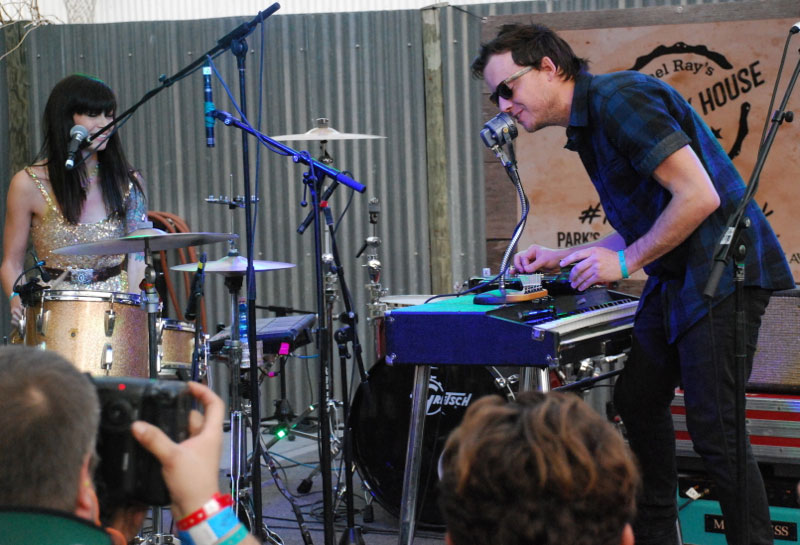 You don’t have to be a sexist to be focused on Celeste ‘CC’ Spina hitting the skins, as that half of Little Hurricane is a lot more interesting to watch than Anthony ‘Tone’ Catalano turning knobs. 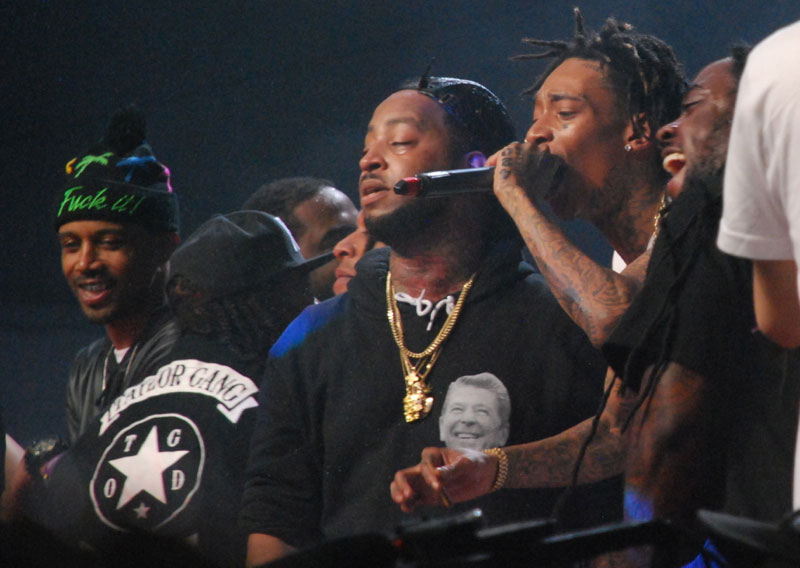 “Hoda!  Hoda!  Hoda!”  There was a giant hip-hop scrum on stage for Taylor Gang – and in the crowd, making it impossible to get to the photo pit.  But who knew that the Gang was such fans of the anchor from the fourth hour of the Today Show?… (to be fair, she’s a professional woman who manages to pull off drinking during the day, yet still isn’t the drunkest one at her job…) 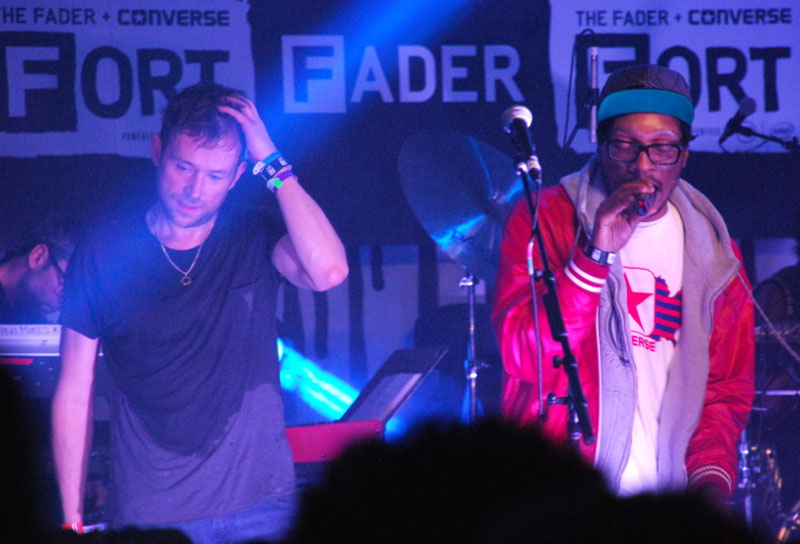 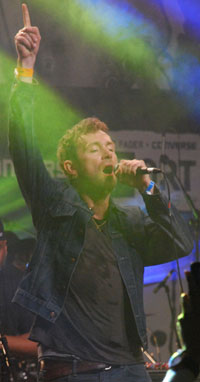 After an understandably underwhelming late set at Stubb’s on Wednesday night, Damon Albarn still had something to prove, headlining FADER Fort.  Albarn apologized that he & his band were going to play new songs, but promised old ones after.  The new material was more like his work in The Good, The Bad & The Queen (QRO album review) than anything else he’s done, kind of as Atoms For Peace (QRO album review) are to Radiohead (QRO live review in Austin), Albarn’s solo stuff is to his main gig, fronting Blur, and there’s a lot to be said for that (now when are the reunited Blur playing America? – QRO photos of Blur in Europe).

A highlight of the set did include bringing on a local Austin choir to sing Brian Eno’s part in his duet with Eno, “Heavy Seas of Love”, the last song on Albarn’s new Everyday Robots – but there were other great guests to come in a set billed as, “Damon Albarn + Special Guests”.  De La Soul (QRO photos from the week before) came out to join Albarn for “Feel Good Inc.”, a Gorillaz (QRO album review) piece – that was also when you realized exactly where the hip-hop-loving crowd at FADER knew Albarn from (hint: it wasn’t from Brit-pop…). 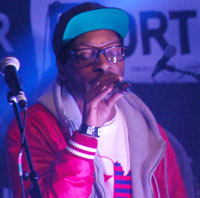 And to close his set & that night at the FADER Fort, Albarn & co. had one of the highpoints of the entire festival, bringing out fellow Gorillazer Del the Funky Homosapien, to do Gorillaz’s best-known piece, “Clint Eastwood”.  Indeed, it was, “The first time we’ve ever played it proper – and maybe the last time,” as Damon & Del had never performed it live together before!  The crowd went nuts, especially when Del rhymed while Damon played melodica – oh, and Snoop Dogg appeared on stage to throw in a few lines of “Drop It Like It’s Hot”, because he was in town & at the Fort (QRO photos of him guest-spotting at FADER Fort previously), and he’s kind of like a black Slash (QRO live review) – everywhere, and always welcome. 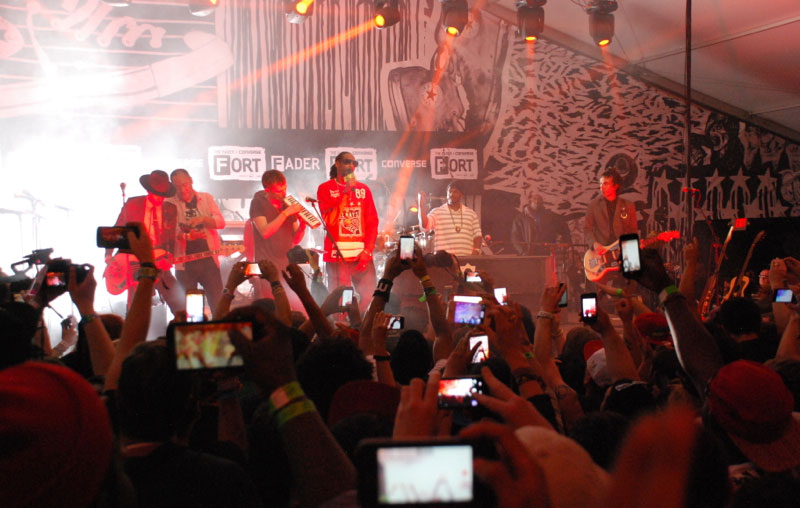 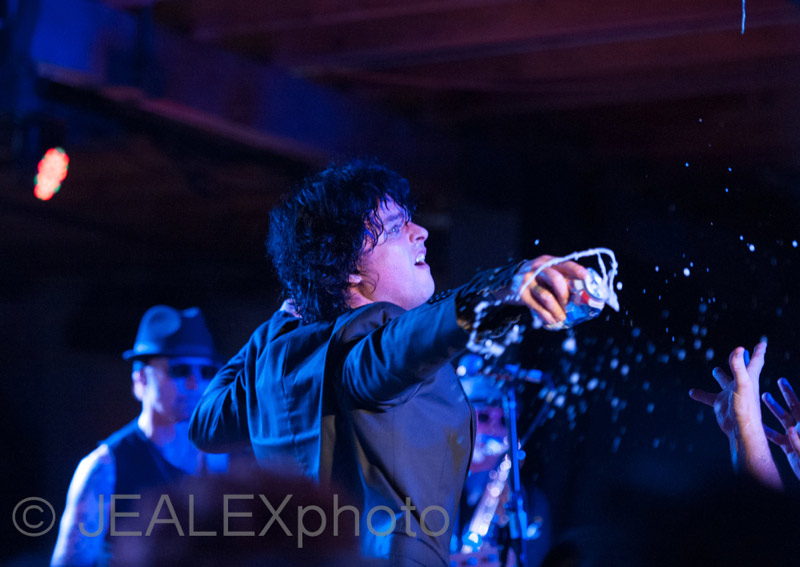 Last year, the biggest act playing SXSW was Green Day.  This year, it was ‘Foxboro Hot Tubs’, the not-so-secret alter-ego of Green Day.  Brazos Hall was packed, even though they didn’t play any actual Green Day songs. 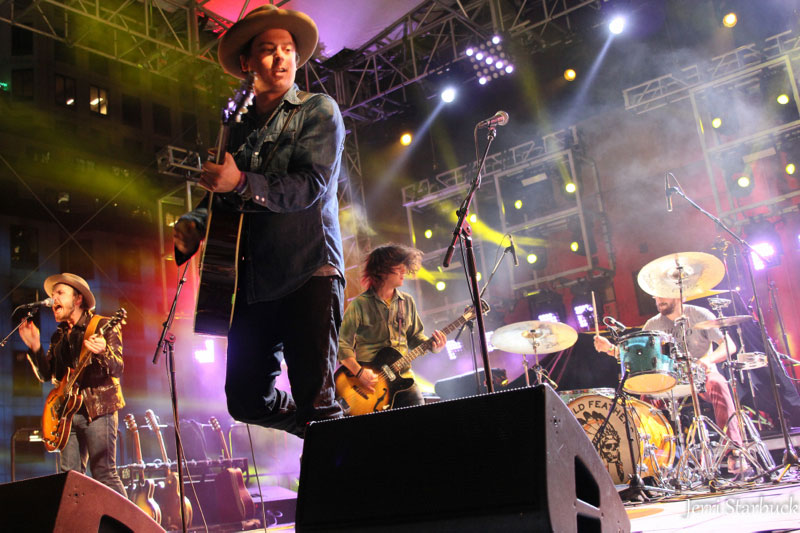 SXSW draws big name sponsors for big name events that are taped for the big name sponsors, and thus very hard to actually get into.  ACL Live at The Moody Theater had the iTunes Festival bringing big name acts there, and so did Guitar Center, whose Sessions were atop the Starr Building.  One, yes, big name act who played both was Soundgarden, and QRO caught their Guitar Center Session, along with The Wild Feathers. 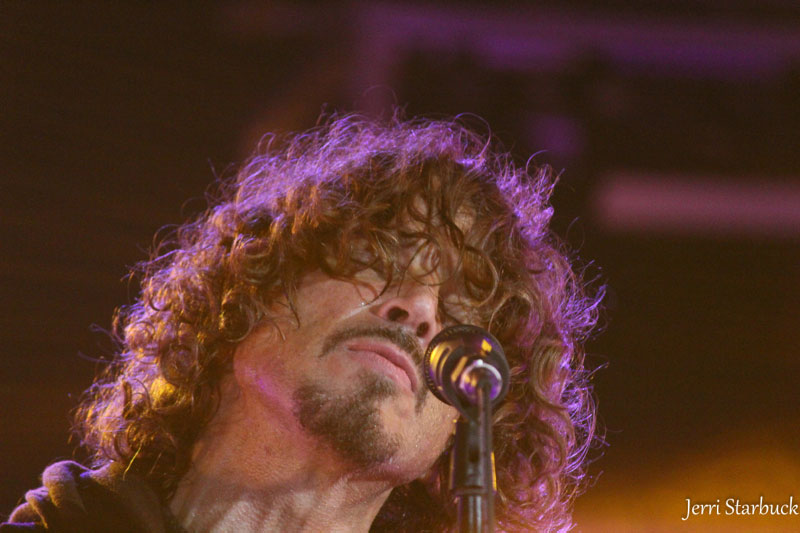 SXSW draws big name sponsors for big name events that are taped for the big name sponsors, and thus very hard to actually get into.  ACL Live at The Moody Theater had the iTunes Festival bringing big name acts there, and so did Guitar Center, whose Sessions were atop the Starr Building.  One, yes, big name act who played both was Soundgarden, and QRO caught their Guitar Center Session.

-There’s really something to be said for heading home relatively early in the evening at SXSW, especially on later days and/or when you’ve been drinking all day…