Some of the biggest parties of SXSW happened on Friday – despite the rain....

Some of the biggest parties of SXSW happened on Friday – despite the rain. 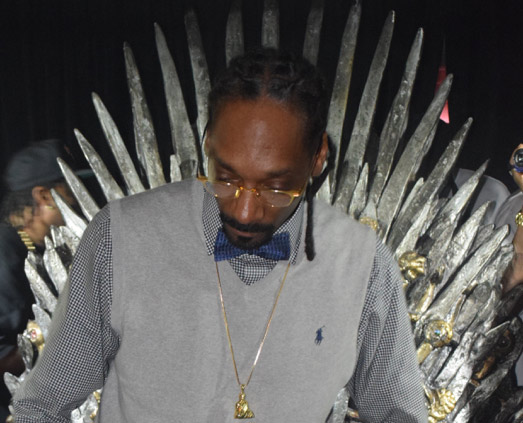 After interviewing Denmark’s Mew at Holiday Inn Town Lake, headed back up to catch a special DJ set from the one-and-only Snoop Dogg, celebrating the release of the second Catch the Throne mixtape, a mixtape inspired by Game of Thrones, curated by the D-O-double-G. He was fresh off his SXSW 2015 keynote speech, and took the Iron Throne with his laptop and his smoke rings (though the bright lights on the Throne made him spend most of his time with his back to them & the crowd).

Though Snoop was there, otherwise the event wasn’t as good as the NYC release party the week prior (QRO review), as the space wasn’t as nice, no sweet hors d’oeuvres or Lannister bobbleheads, and it was during a rainy day when lots of other stuff was going on. 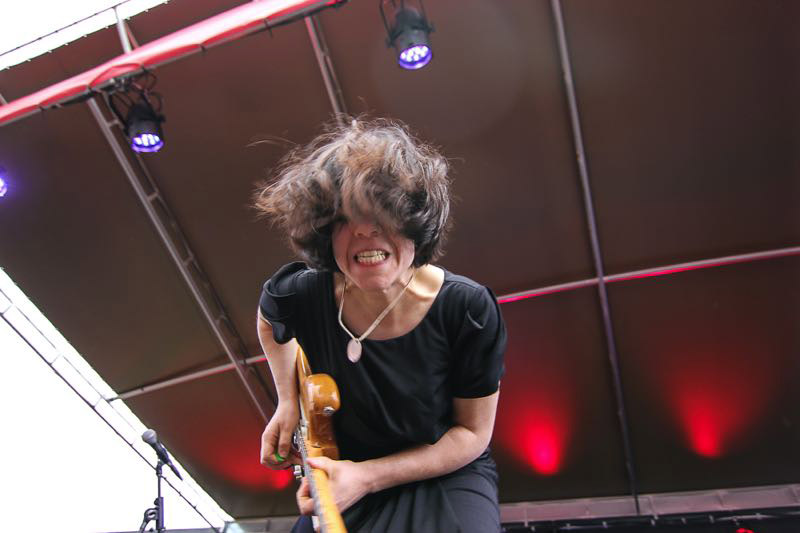 The big event on Friday afternoon at SXSW was once again the SPIN Magazine party at Stubb’s. Like always, it was a varied mix of artists on the two stages, such as the very loud Screaming Females. 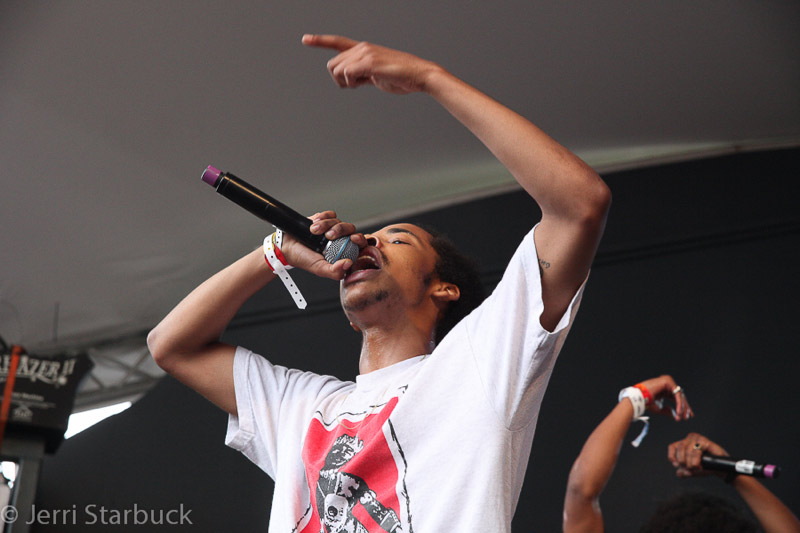 From that, one switched all your gears for Earl Sweatshirt, who’s successfully made his own name outside of his Odd Future (QRO live review) crew. 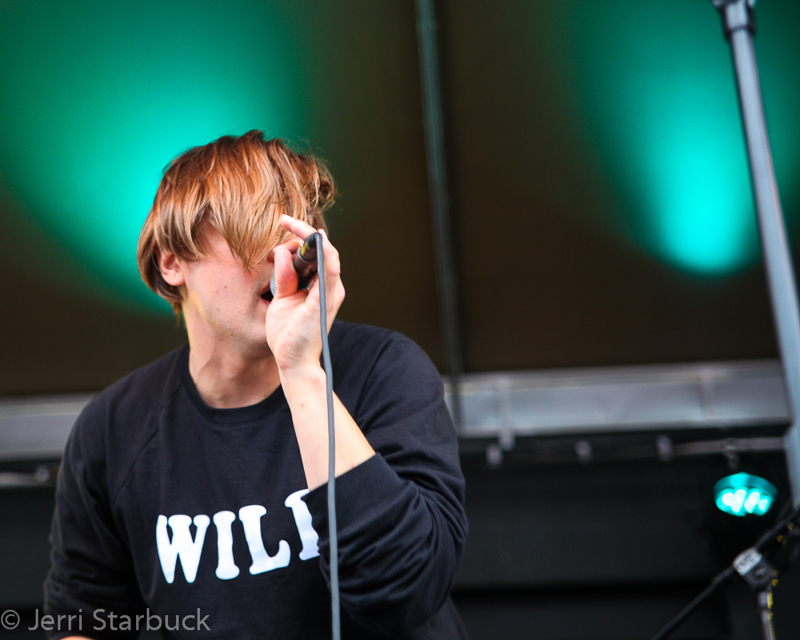 Looking to make his own name at SXSW ’15 was Will Butler of Arcade Fire (QRO live review). Long the younger brother to the mega-indie act’s frontman Win (who was also DJing at SXSW – QRO photos), this year Will has released his own solo record, Policy, and played a bunch of shows in Austin. 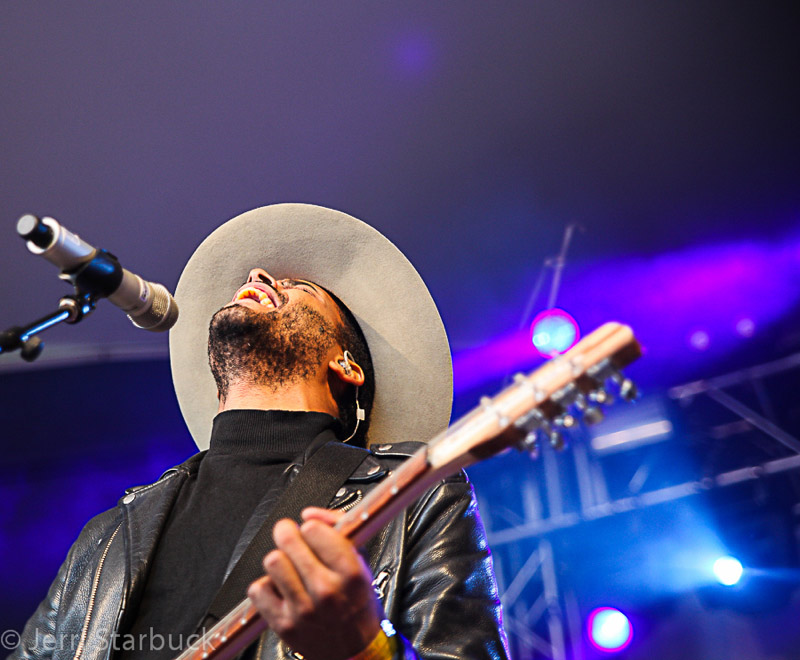 Twin Shadow was an easy addition to the SPIN party line-up to give it some dance, though wasn’t as fresh as some other acts. 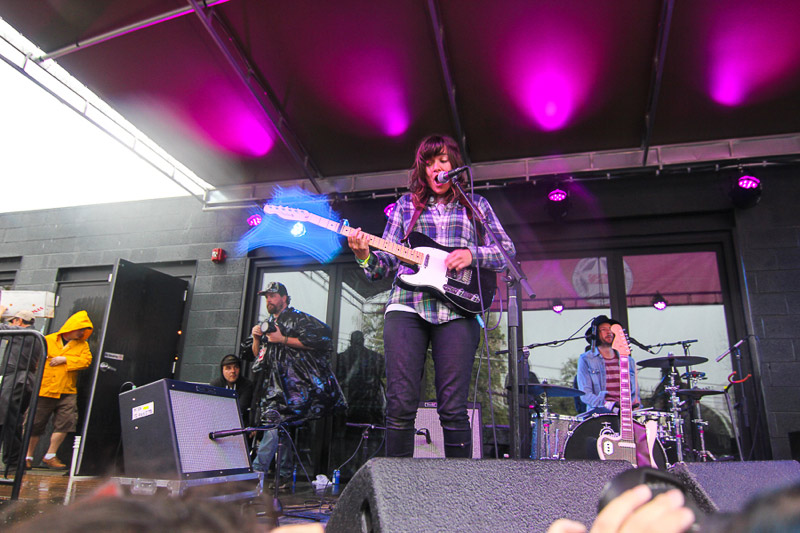 The SPIN party closed with some artists having real fun on the stage, including up-and-coming rocker Courtney Barnett. 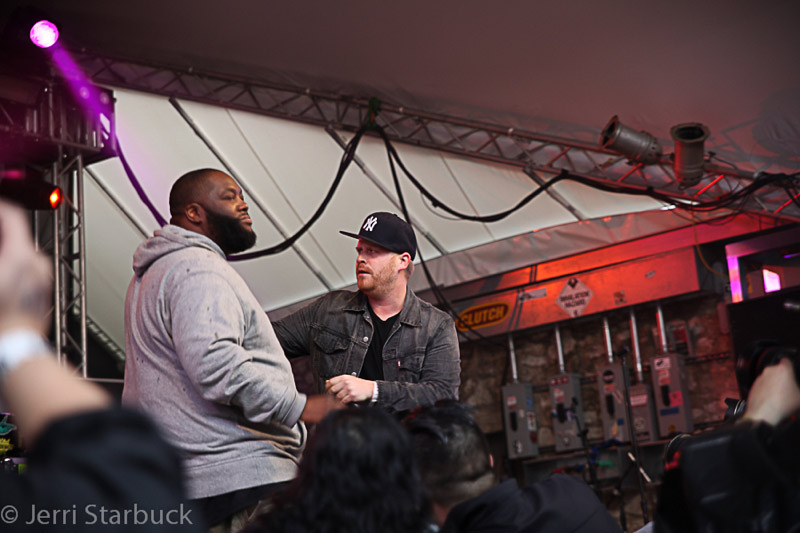 But particularly having a ball was Run the Jewels. It was great to not only see them succeed, but see how much they are totally enjoying their success. They killed it to headline the party, with Killer Mike even remarking that he was going 100% despite his torn rotator cuff – his doctor at first said not to tour, but once Mike insisted, the doctor said he had to go all out, and he & El-P did. 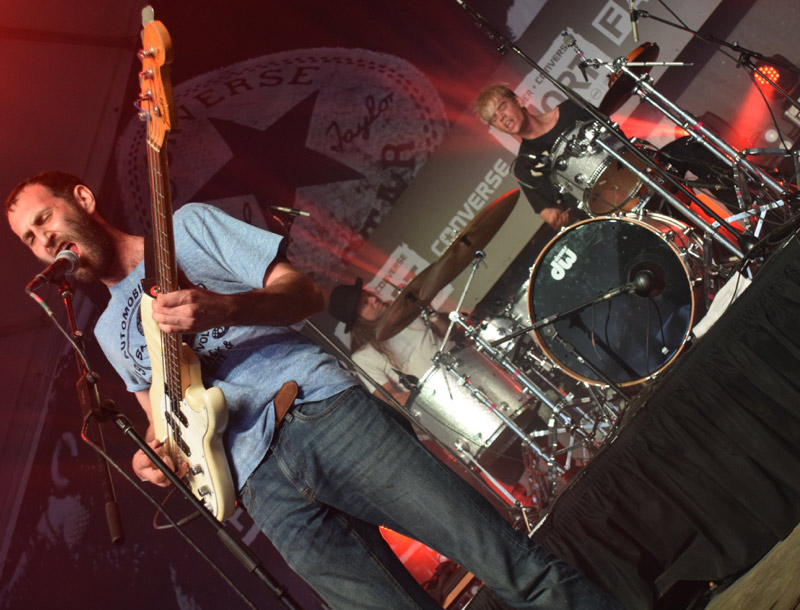 FADER Fort also mixed styles all of SXSW, but more & more the place drew a hip-hop crowd, which didn’t help Viet Cong. Also not helping was drummer Mike Wallace breaking his hand, but actually helping was guest percussionist Thor Harris (of Swans). And the crew who were holding back the flood, who the band thanked during their set. 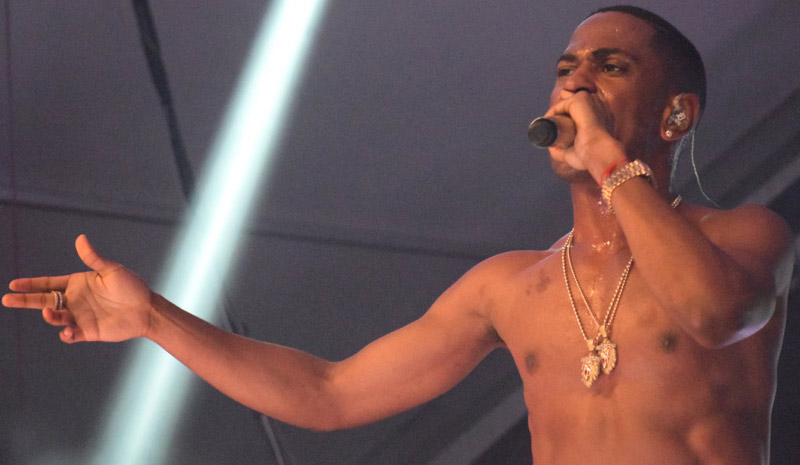 But that hip-hop crowd absolutely loved special guest Big Sean, who progressively stripped down as his set went on.

Instead of hiking out for another night of showcase(s), took it easy Friday evening at your correspondent’s SXSW ’14 discovery, Rachael Ray House – great free food to go with free drinks and alt-country/blues artists like Alberta Cross and Colony House. 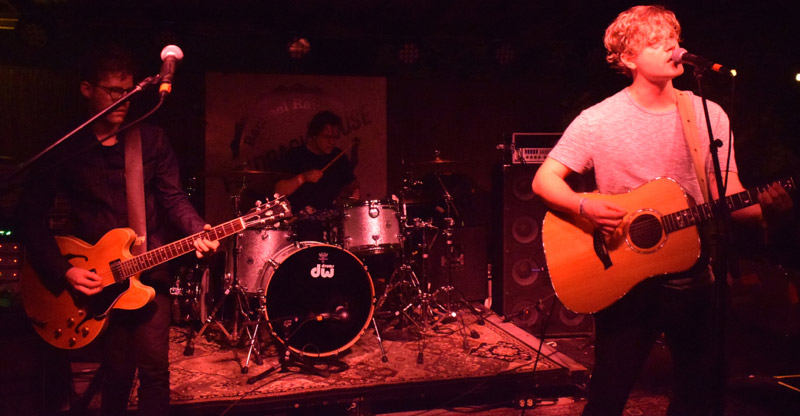 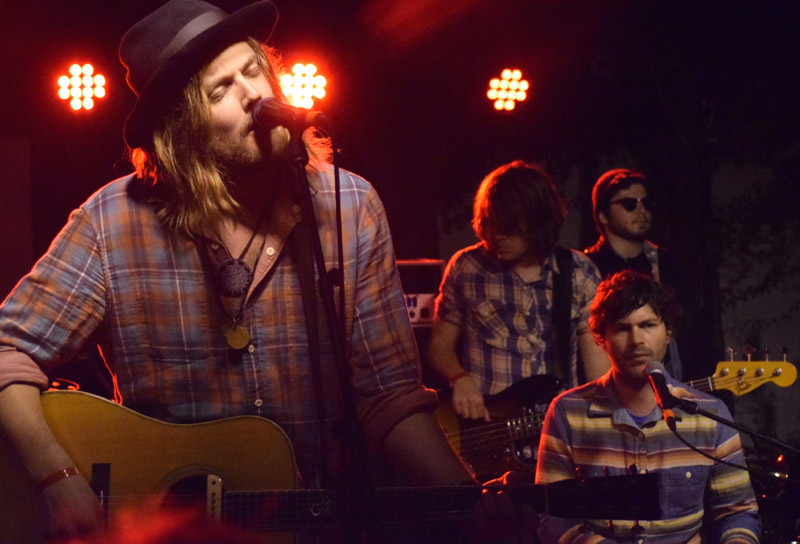 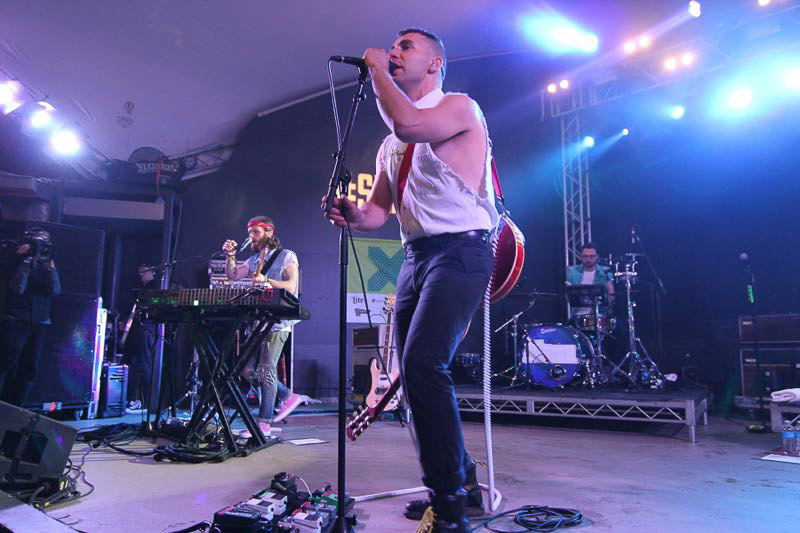 Couldn’t hurt to catch one of the bigger acts playing SXSW ’15 again, Bleachers, this time on the big official stage at Stubb’s. 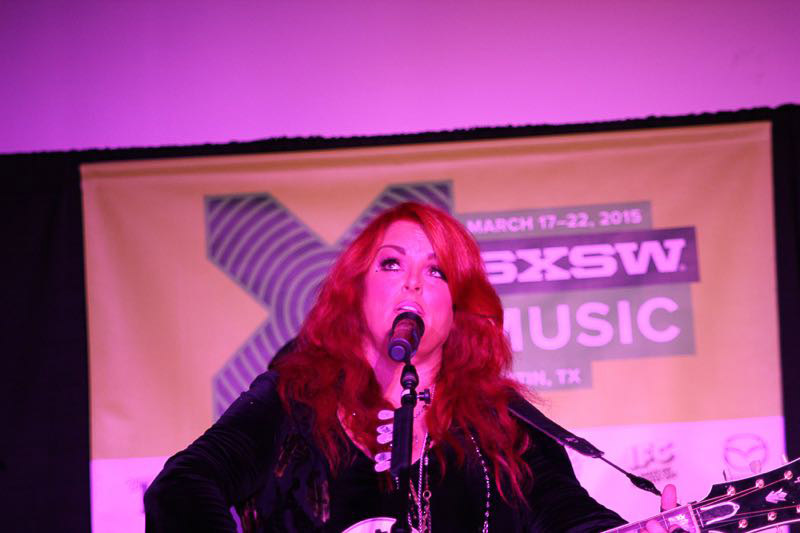 There are always a few big, older artists who for some reason play South-by-Southwest, and a more fitting one was 2015’s Wynonna Judd, who brought not just songs but also stories. 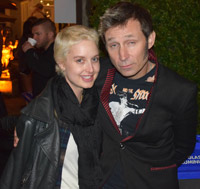 -Not only was Rachael Ray herself at her eponymous house, but also was Mike Dirnt of Green Day!

-T-Pain @ FADER Fort, 7:30 PM – 9:00 PM. As the day (and the week) wore on, it became harder & harder to get through the crowd to the photo pit at FADER Fort, not to mention exit it again. So didn’t stick around to see a dreadlocks-free T-Pain play his mammoth 42-song set.

-The Juliana Hatfield Three @ Buffalo Billiards, 1:00 AM – 2:00 AM. Too late for either Hatfield (QRO spotlight on) or Rubblebucket, plus caught JH3 in NYC (QRO photos).