Thursday at SXSW is the perfect day to showcase hop: late enough in the week that all the acts are there, but not so late that there are weekend...

Thursday at SXSW is the perfect day to showcase hop: late enough in the week that all the acts are there, but not so late that there are weekend parties that one is committed to. 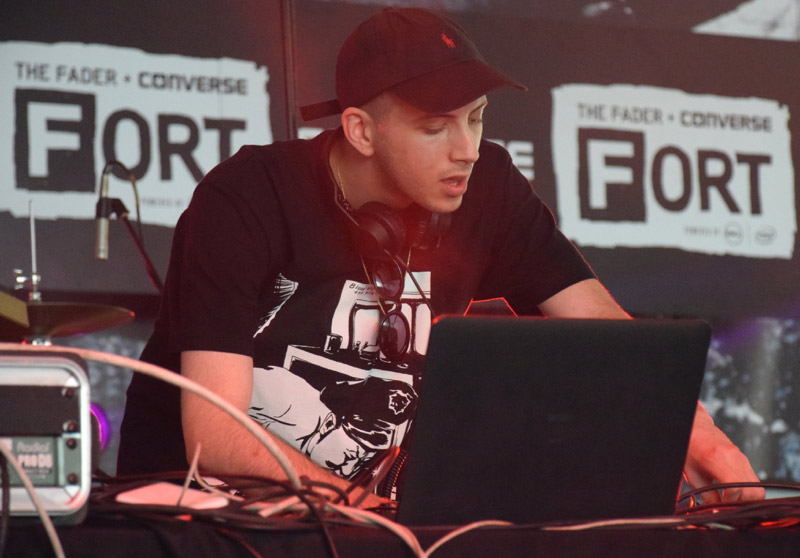 Still was committed to FADER Fort, and after once again missing key early acts (see below), did catch DJ Shlohmo perform with a band for the first time ever. That of course meant technical difficulties, though they were the kind that the artist noticed a lot more than the crowd – he kept turning and looking off stage, concerned about some problem that one couldn’t really hear in his nice mood electronics. 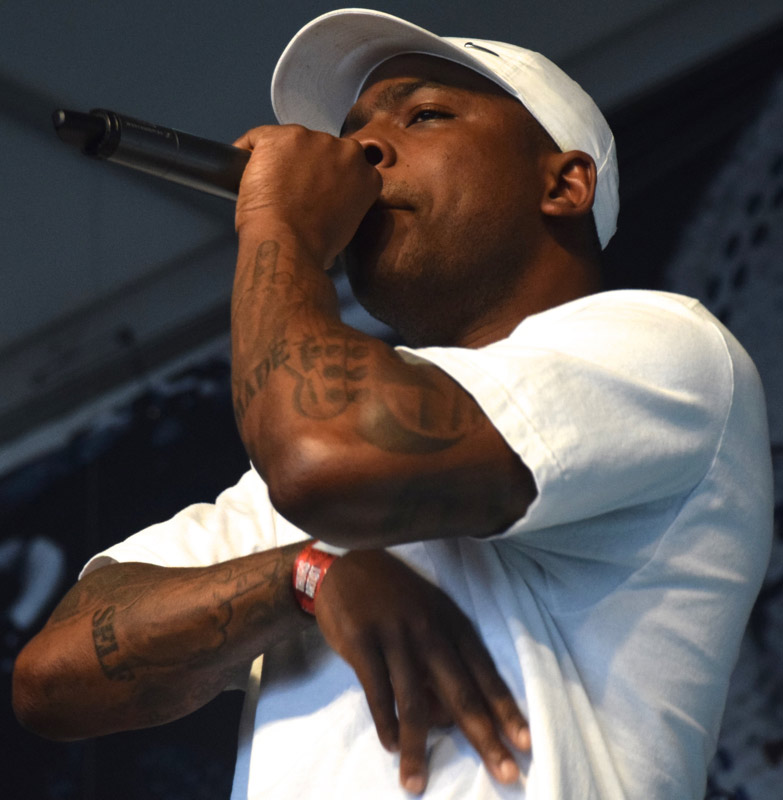 With all the American hip-hop at FADER Fort ’15, it was great that some space was also found for the U.K. grime-rap of Skepta, who definitely got notice from U.S. ears. 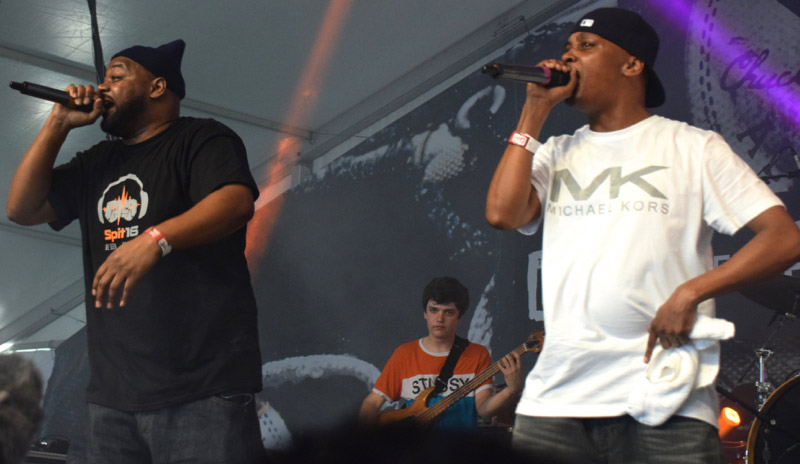 This could have gone so badly. Legendary Wu-Tang Clan member teaming up with a Toronto experimental music collective? Yet it did work – admittedly there was a bit of a wait as BADBADNOTGOOD played two free-form near-jazz songs on their own to start, and that only left Ghostface Killah with even less time, but the unusual pairing really hit it off. It was great to see Ghostface & co. work so well with four very white boys from Canada, best when they all paid tribute to Ol’ Dirty Bastard with “Shimmy Shimmy Ya”. 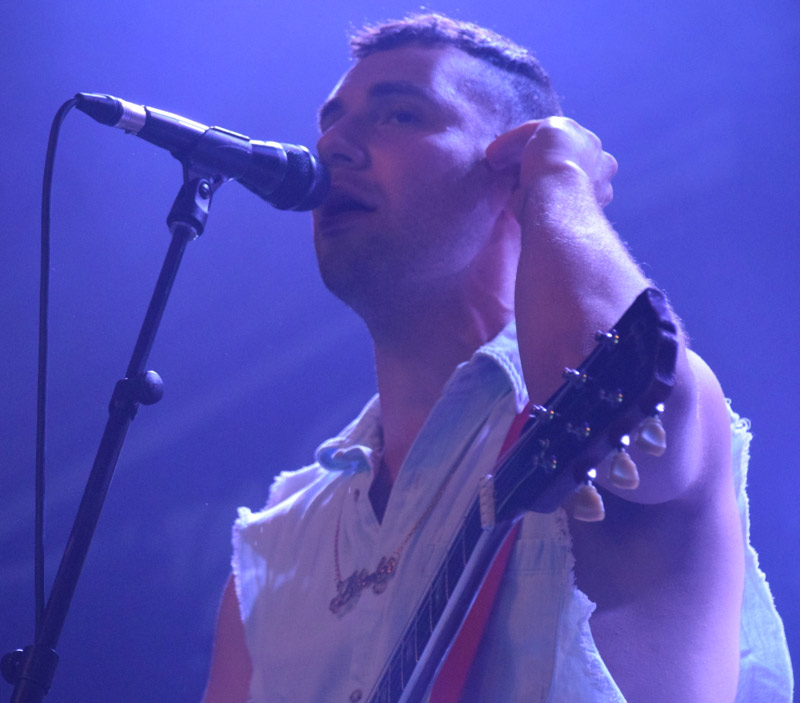 Remember when Bleachers was just that band from the guy from fun. who isn’t the singer? They’ve gotten a lot better – and bigger, as the biggest rock act of FADER Fort ’15. 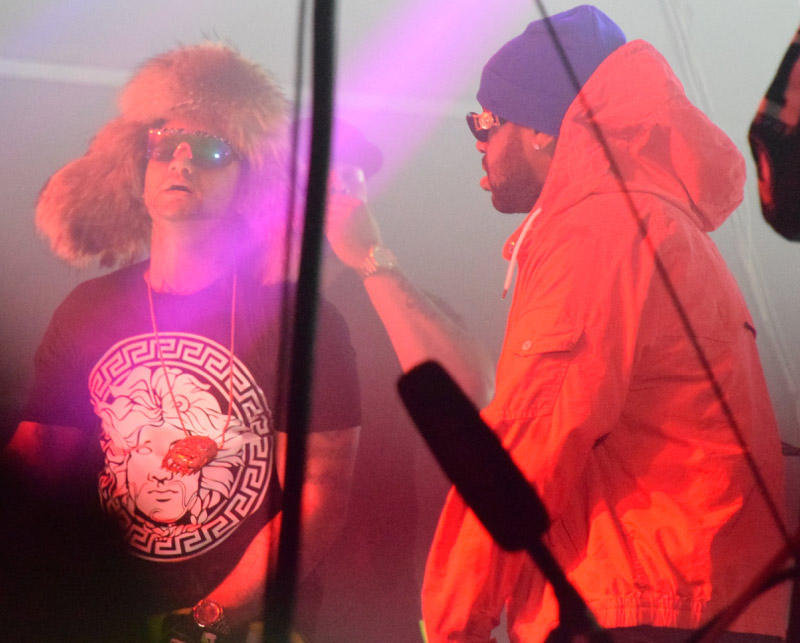 The audience was psyched, super-psyched for Mike WiLL Made-It & Friends, as the rapper celebrated making it. Of course, when there’s an “& Friends” on the bill, everyone’s also/especially wondering what special guests might show up. Mike WiLL Made-It nodded to that at the very start, by saying before old friends were gonna come on stage, he thought he’d bring on some new.

But this wouldn’t have been FADER Fort without a big surprise appearance, and Mike WiLL Made-It brought a very big own – none other than Miley Cyrus! The former Hannah Montana lit a joint on the packed stage as she performed to a crowd that got even crazier.

After all of that at FADER Fort, headed to a much smaller & more subdued showcase at Red 7. Small enough that one could sit down on the place’s couches, subdued enough that your correspondent started to nod off as SXSW caught up with him. Did catch Jesse Harris with Star Rover and their alt-country/folk. 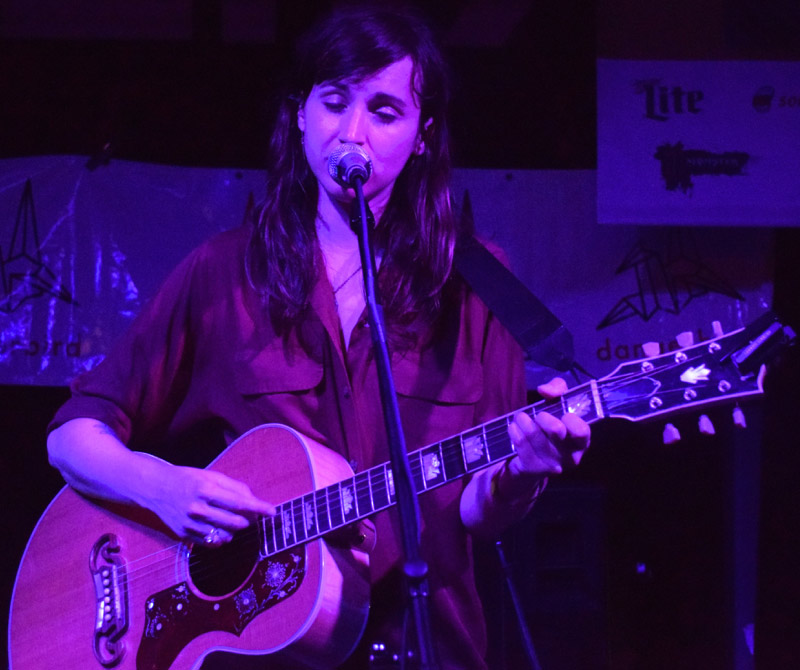 But had come to Red 7 for Holly Miranda, her only performance at SXSW. “Only” in more than only one way, as she performed solo (save for a couple guest back-up singers, including a member of Nada Surf, for her last song). She still has a great voice, but the contrast from the FADER Fort hullabaloo was a bit too much by this point. 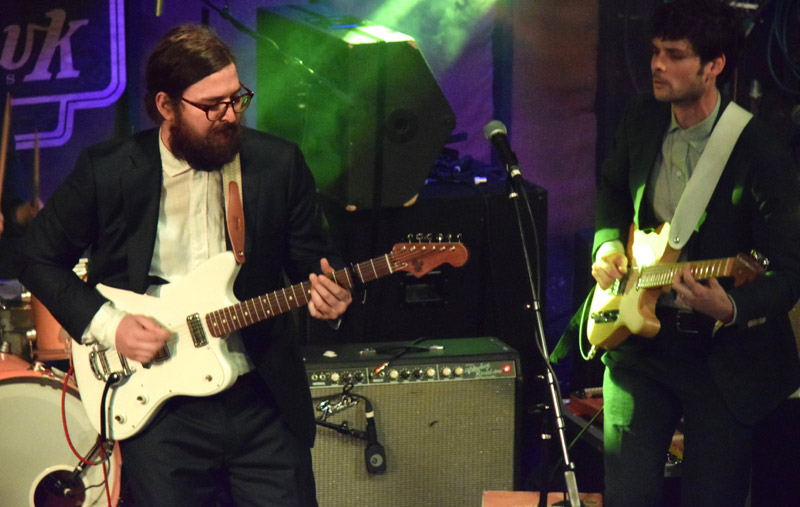 Only finally started getting second wind when returning to the Mohawk (and not just because still had VIP wristband for free drinks). It was more singer/songwriter with Matthew E. White, who had some slyer alt-country (and a band). 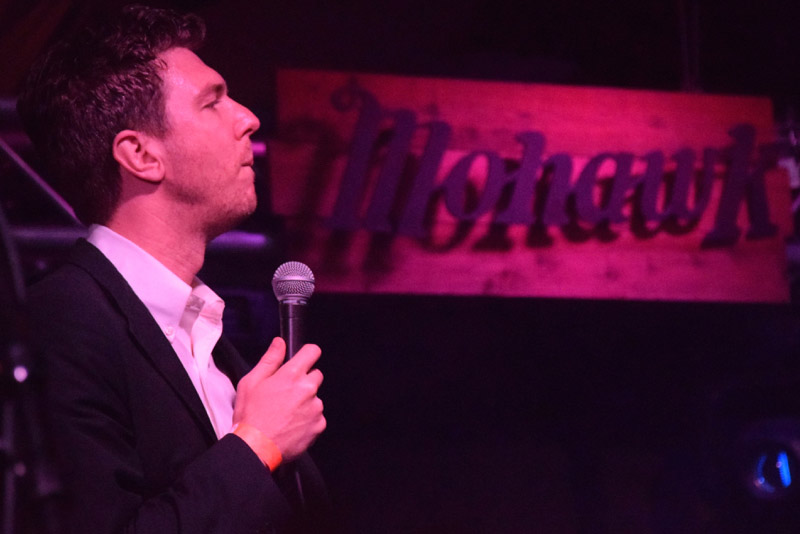 But the best solo artist’s band was easily Hamilton Leithhauser’s. You already knew that The Walkmen frontman had chops thanks to this year’s solo record Black Hours (QRO review), but at Mohawk his band consisted of another Walkman, Paul Maroon, plus two relocated-to-Austin members of QRO favorites The White Rabbits (QRO spotlight on), Steve Patterson & Alexander Even. 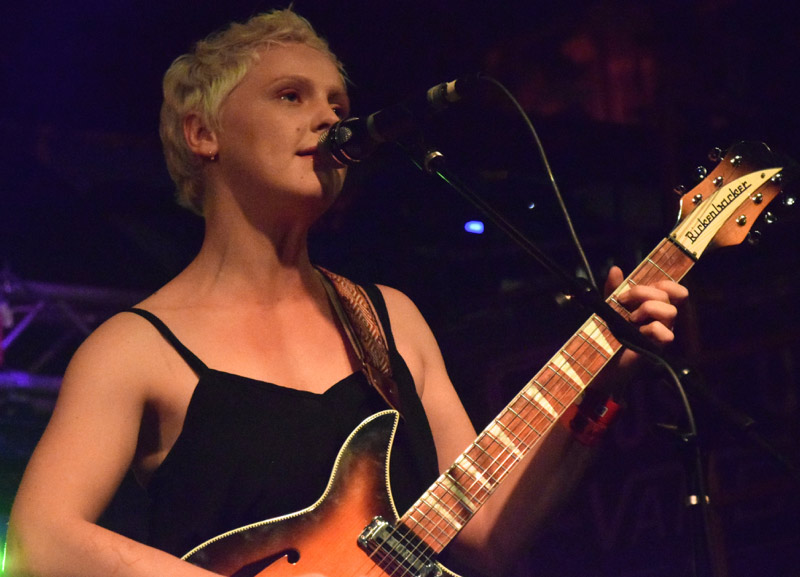 Closed out the night with one more singer/songwriter, Laura Marling, who has gotten way more rollicking than expected – perhaps the new short hair had something to do with that?

-Of course the photo pit was restricted for Mike WiLL Made-It thanks to his Friend Miley Cyrus, but even before she came on had a nightmare time making back out of the crowd amid pushy fans. And only got photos of Cyrus off of seeing the video feed.

-Met Hamilton Leithauser in the VIP area of Mohawk before his performance, joked that last night met two members of The Walking Dead there (QRO recap), now met a member of The Walkmen…

-Willy Nelson (QRO photos in Austin) & many more @ Luck, Texas Ranch. A great event, but unfortunately too far outside of the city.

-Butch Walker @ Red 7, 12:00 AM – 1:00 AM. If only to hear him play “Synthesizers”, his song about how everybody’s got them but him, whose video had Matthew McConaughey playing Wooderson.

Luke Potashnick of The Temperance Movement