Before SXSW music came SXSW Interactive, including a party by Umbel that featured local heroes Spoon performing at the iconic ACL Live at The Moody Theater.

Another Interactive party, the day before SXSW Music, was Syth’s at Red Eyed Fly, with Mr. Kitty, The Nimbus, and Dawn of the Phoenix:

Dawn of the Phoenix 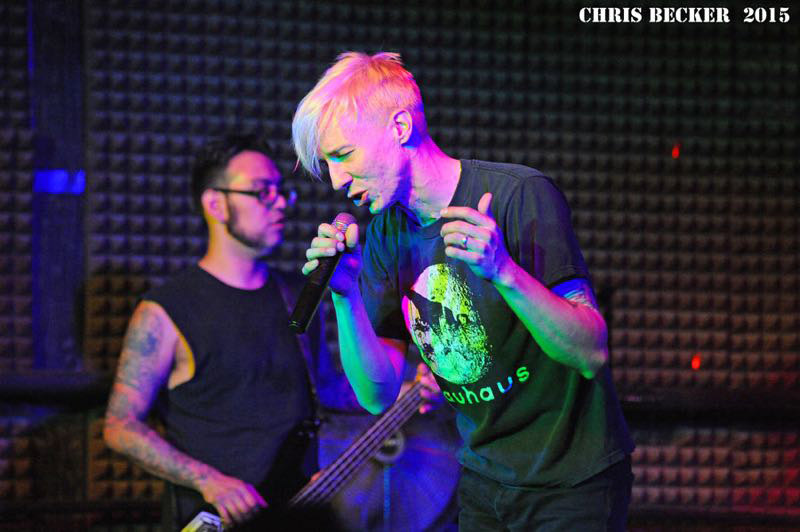 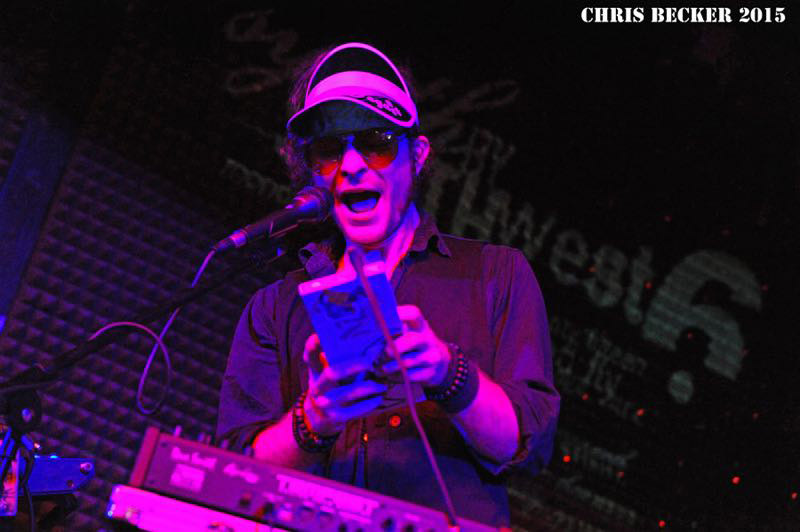 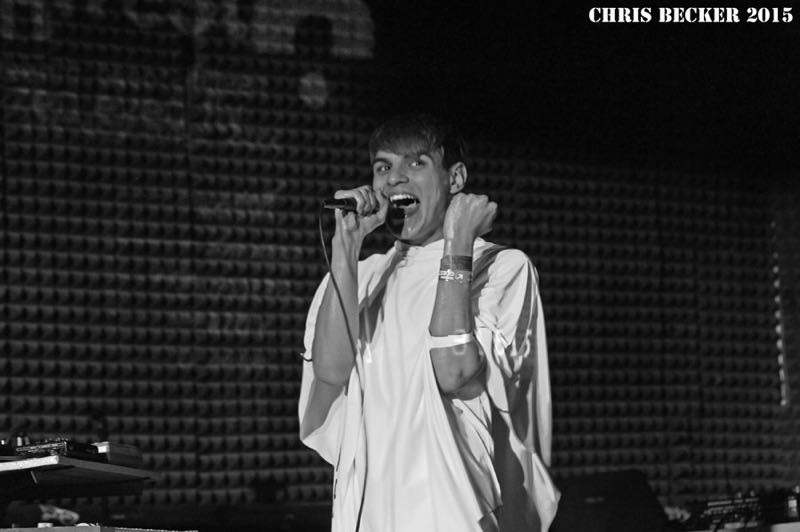 South-by-Southwest Music 2015 started on St. Patrick’s Day, but the holiday fell on the light Tuesday of the music portion of the festival, where Interactive is wrapping up and Music is only beginning, with a few choice showcases. 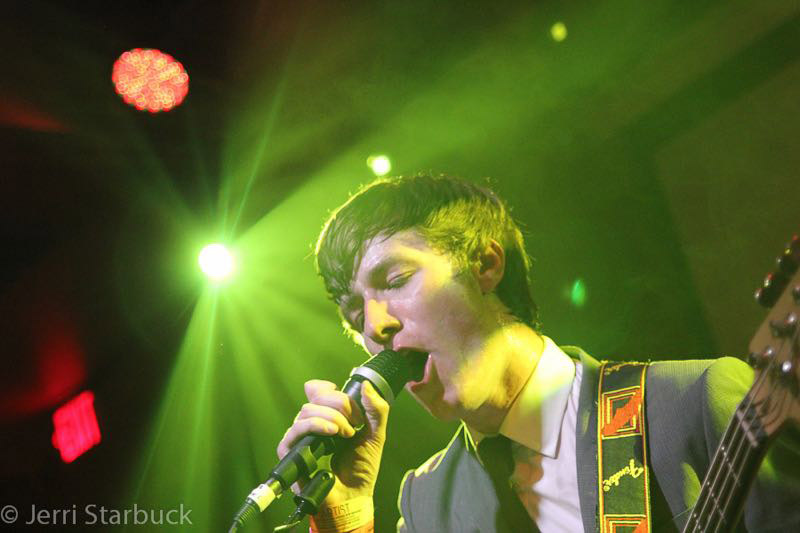 Great Britain once again took over Latitude 30 with its British Music Embassy and acts like East India Youth, who put a whole new meaning to multi-instrumental and multi-talented. 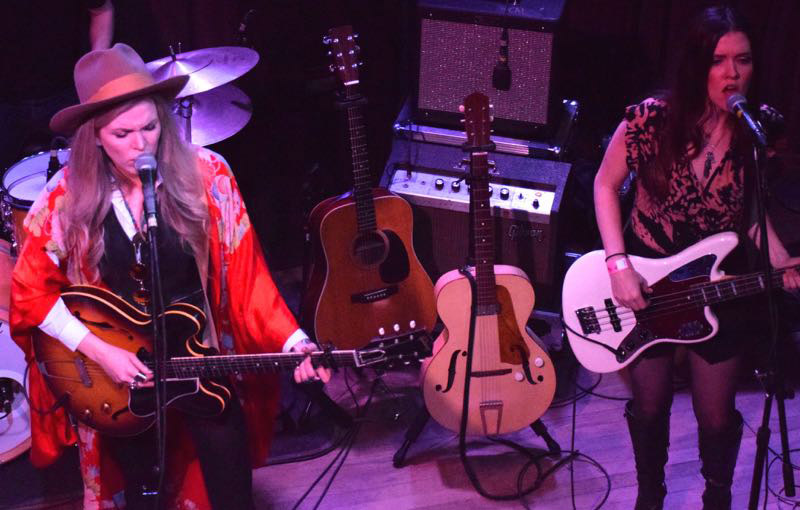 Veteran SXSWer BMI kicked off the festival with its BMI Brunch inside at Stubb’s, with some free BBQ and acts like Kristin Diable, who had some nice vocals. 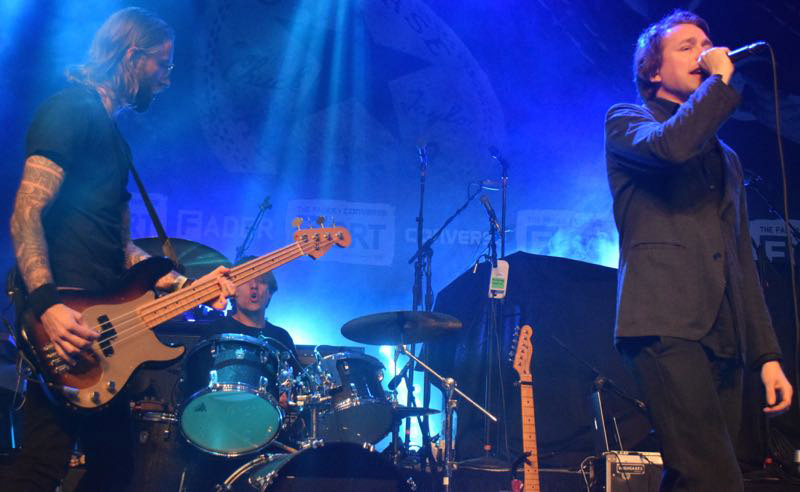 Before FADER Magazine’s FADER Fort kicked off proper on Wednesday, FADER and Dell Computers held a special party there in the evening, beginning with Mew. The Danish alt-rock act has been gone for a while since touring 2009’s amazing No More Stories… (QRO review), but came to Austin behind next month’s release of + –. Their performance admittedly took a bit to warm up a crowd that started thin, but it definitely did, especially when singer Jonas Bjerre picked up his guitar. Their indie-stadium sound was post-punk without going overboard. 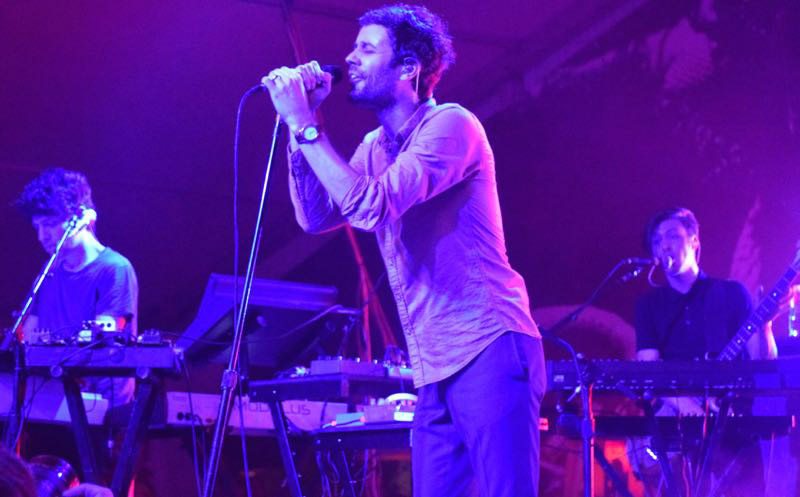 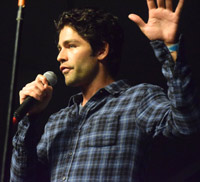 Before the headliner a Dell Marketing Executive came on to introduce their new ‘Social Good Advocate’ Adrian Grenier, who admitted the title was a little weird, but said it meant that he would help lead the Austin-based computer company’s philanthropic and sustainability actions. One could ask why the star of HBO’s-soon-to-be-a-movie Entourage would get the gig, but your correspondent is always glad to see Vinny Chase getting work (but what about Johnny Drama?)…

Grenier has long had an interest in music (your correspondent has met his fellow Chase at concerts by Interpol and The Drums), and introduced Passion Pit. They’ve also got a new album coming out in April, Kindred, but didn’t neglect to play their hits from their first two full-lengths, Gossamer (QRO review) and Manners (QRO review). While they once could have been written off as a one-hit wonder with breakthrough “Sleepyhead”, they’ve long since followed it up with great songs like Gossamer’s own “Take a Walk” (QRO review). Kindred sounded strong, even if it obviously couldn’t be as crowd-pleasing as the older material, but my money’s in Passion Pit. 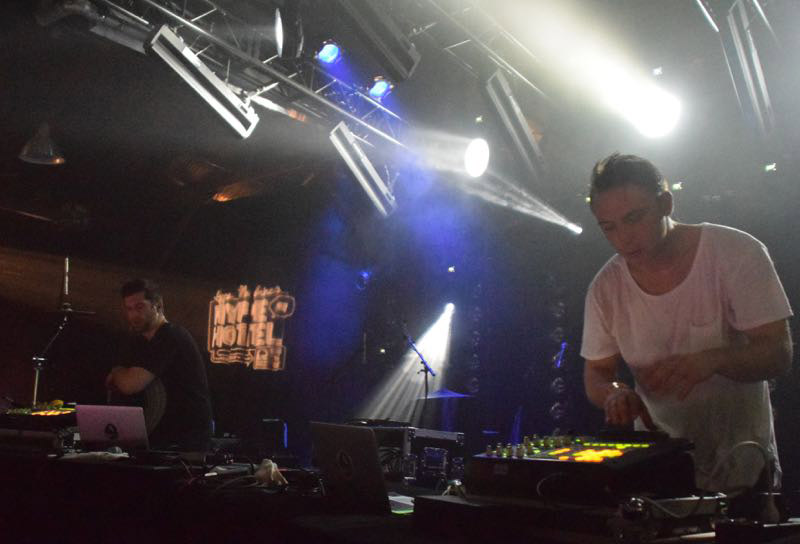 There was a massive line for Hype Hotel (just across the street from FADER Fort), and your correspondent waited through it, watching badge-holders fly by while he explored how to cut in front of people, how to look like you’re not cutting in front of people, how to befriend the woman checking wristbands, how to stand back while she and the guy next to your correspondent in line engagingly chatted, and how to hold in his pee while he waited & waited.

Still made it in to see a bit of DJ duo ODESZA, playing amid smoke machine. 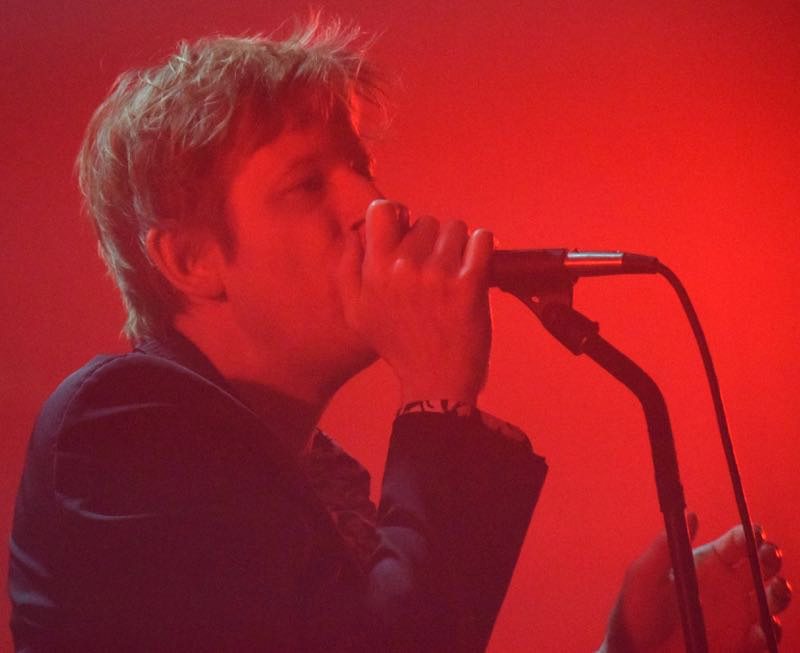 After all of that, was still psyched to see Austin’s own Spoon, a must-see at SXSW ’15. However, after being let back into the pit by SXSW security, another photographer yelled that it was only for staff, calling in his own security. And then they stopped handing out drink tickets at the warehouse.

So it was hard for your correspondent to enjoy Spoon, despite them being so great, and playing all the hits that you wanted them to.

-South-by-Southwest has, for some reason, always fallen around St. Patrick’s Day, which has made for unfortunately crossover of St. Patty revelers and music-goers. But Tuesday was light enough to have space for both.

-TV On the Radio (QRO live review) @ Mellow Johnny’s. Tough to get into this Rolling Stone party.

-TV On the Radio @ Stubb’s. Badges-only for Brooklyn indie legends.