Thank god it was Friday at SXSW.... 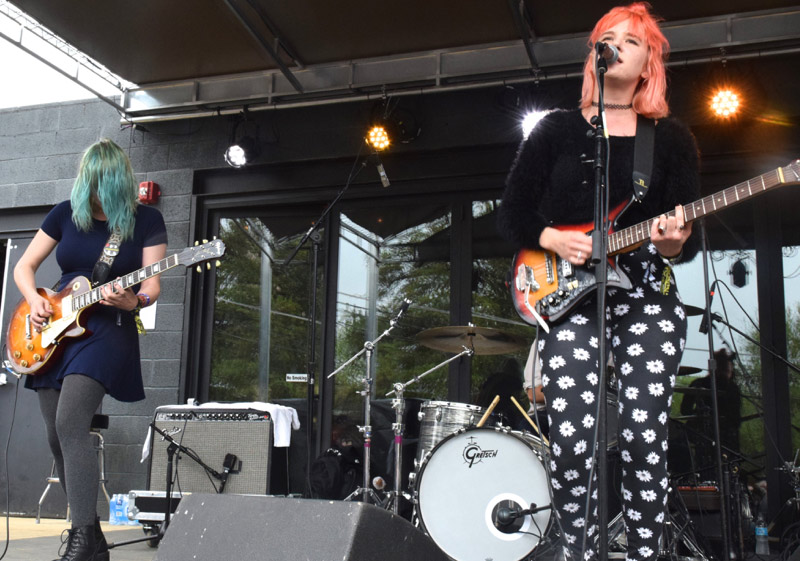 An annual staple at SXSW is the SPIN Magazine party on Friday afternoon at Stubb’s, and early in the afternoon there, hittin’ it hard & loud, were White Lung and Bleached. 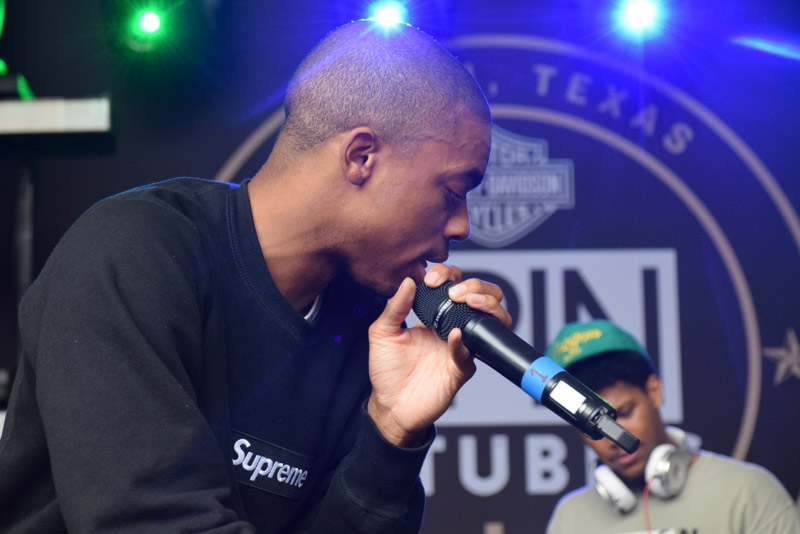 For some reason Vince Staples went on in an earlier time slot than was scheduled, and his performance suffered from it. He noted that the crowd at the start seemed half-hearted, like playing in a museum, but the audience did warm up. When he nodded to the VIP balcony overlooking the stage, Staples said, “I feel like I’m at a slave auction…”, to which his DJ added in joke, “This one got all his teeth…” 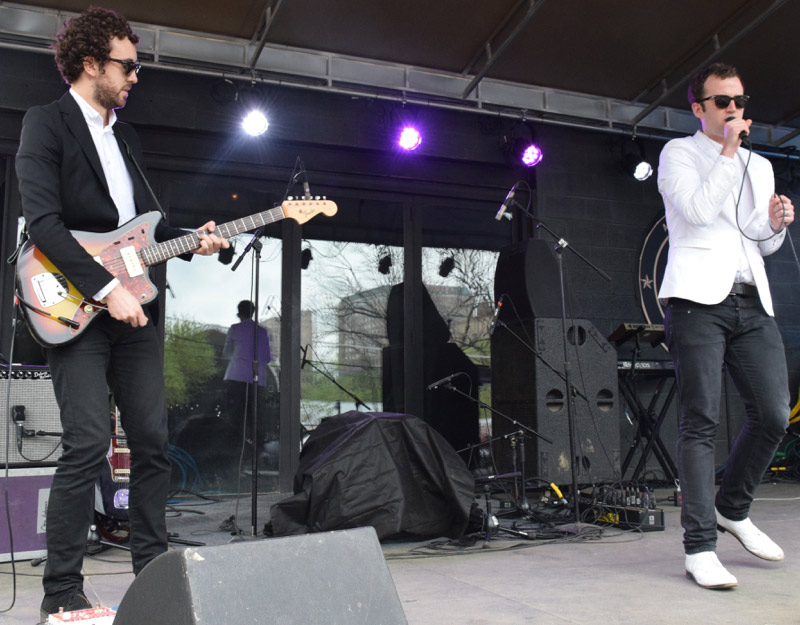 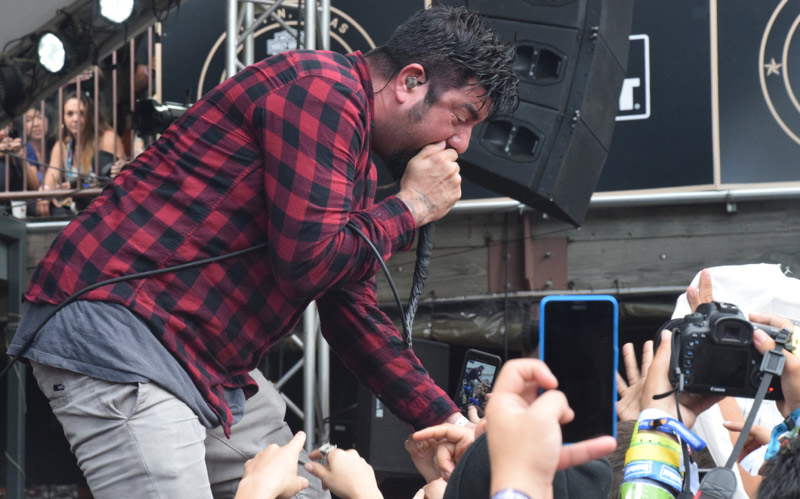 For a while now, Deftones have been making skilled heavy music, and that kept up at Stubb’s. They’re the kind of band that both hipsters and suburban kids can like – but bring your earplugs, because they do not turn it down… 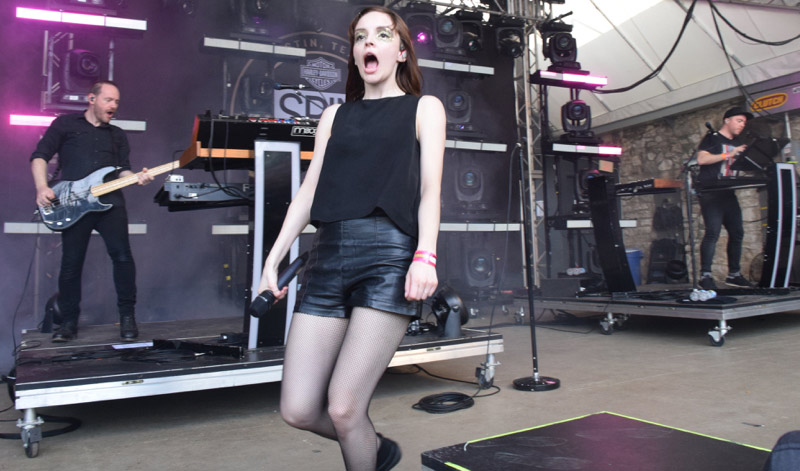 Three years ago, CHVRCHES played the SPIN SXSW party at Stubb’s (QRO photos), just as they were breaking out. Fast-forward and now they’re headlining, and look how far they’ve come. While they seemed nervous back then, at this show tiny frontwoman Lauren Mayberry was out and energetic, bounding about the stage. 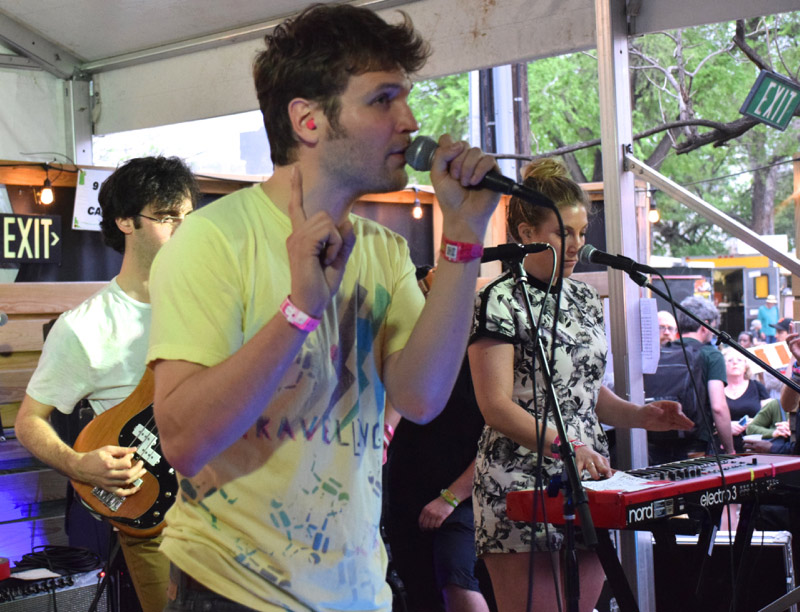 One band QRO had to catch at SXSW ’16 was longtime favorite Ra Ra Riot, yet their sets always seemed to be up against some other must-see. Your correspondent raced down to Rainey Street to catch them at the Showtime Roadies House (the new show starring Carla Gugino and Luke Wilson; a show that actually made sense promoting at SXSW Music), waited in some lines as the place was at capacity, saw that the guy checking the capacity was @midnight #PointsMe winner Chris Cubas, and finally made it inside. While the band came to SXSW behind their new album, Need Your Light (QRO review), they also played old favorites, and were, as always, really fun to watch. 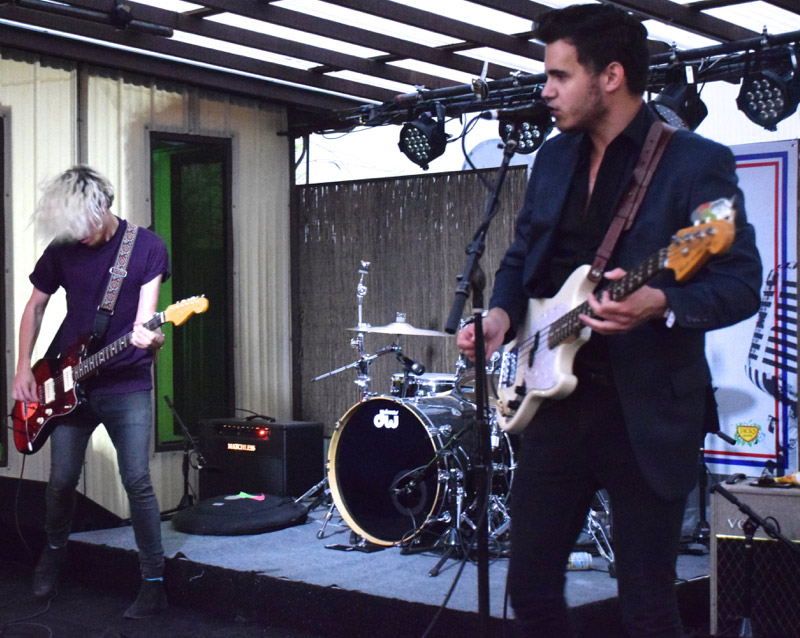 SPIN didn’t have free BBQ at Stubb’s, so headed to Rachael Ray’s Feedback House for some King’s Hawaiian, catching The Head on stage. Unfortunately, it seemed to threaten to rain after they finished, so a policeman came in and shut the place down.

Into It. Over It. 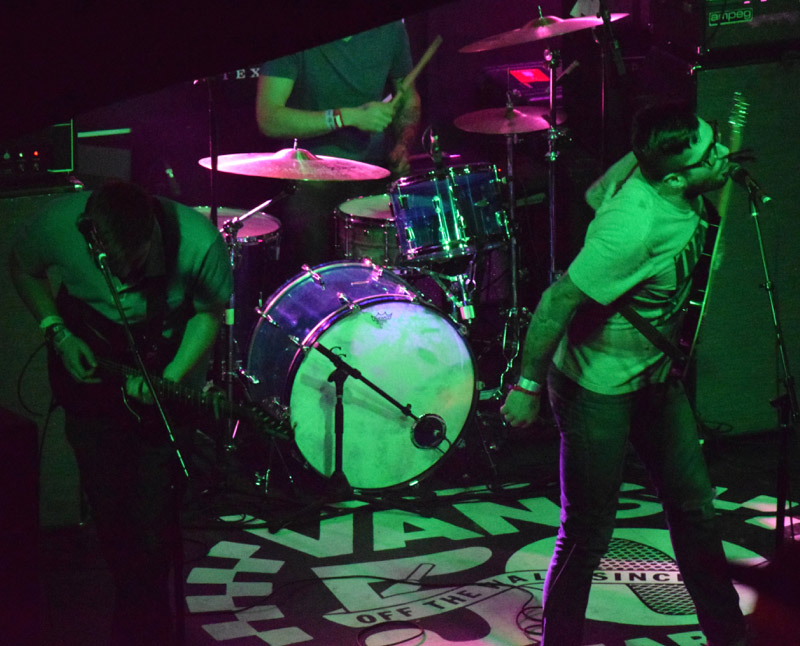 While FADER Fort and Hype Hotel were closed to new entrants, and Rachael Ray’s Feedback House never opened, House of Vans at Mohawk was still ready & willing. Admittedly it wasn’t exactly packed, thanks to the weather, but there was some nice young indie-rock in Into It. Over It. 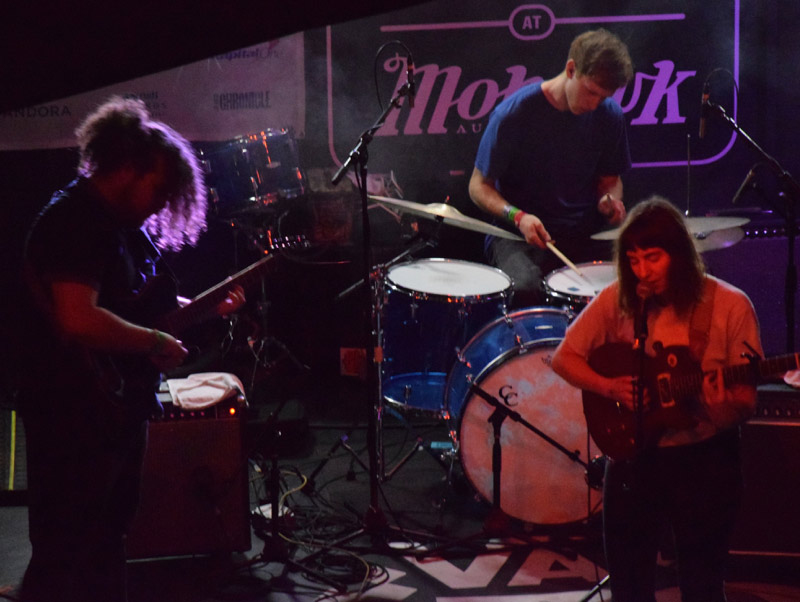 More sweet indie sounds came from Mothers, a good fit on the night. 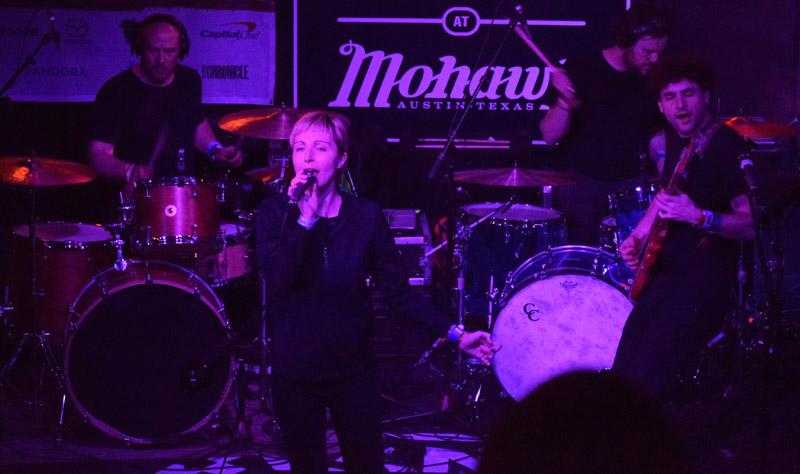 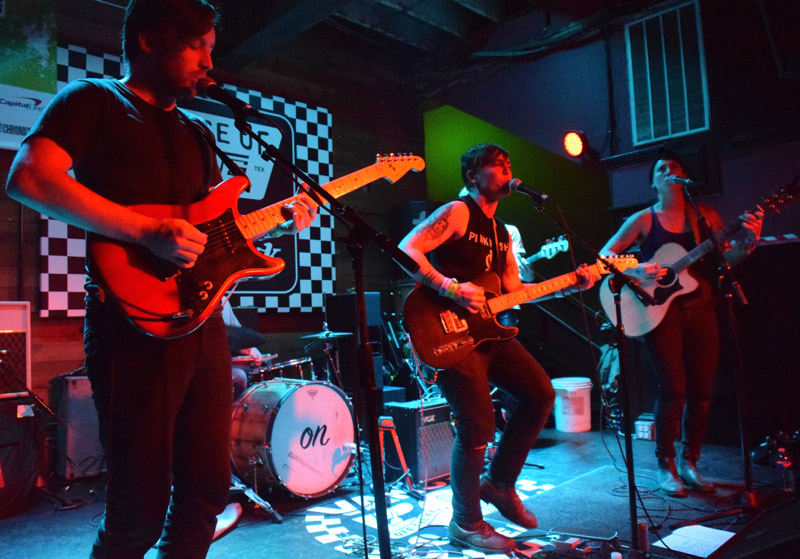 Inside at The Mohawk was Loamlands, the kind of cow-punk act that would remark on how great it was to see Loretta Lynn at the festival (undeniably). 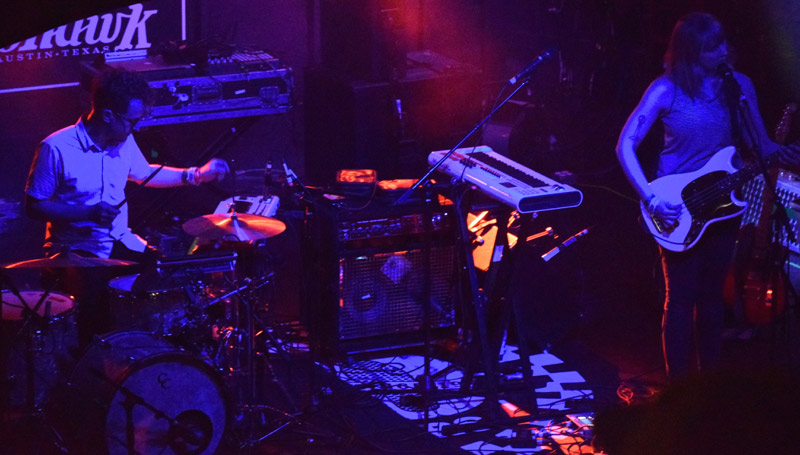 When your correspondent first caught Wye Oak, it was on folk-rock debut If Children (QRO review), only to see singer/guitarist Jenn Wasner shred when first seeming them live (QRO photos). The duo still rocks (though modest in person, with Wasner remarking in VIP that she’s not that memorable), though now also with some electronics. 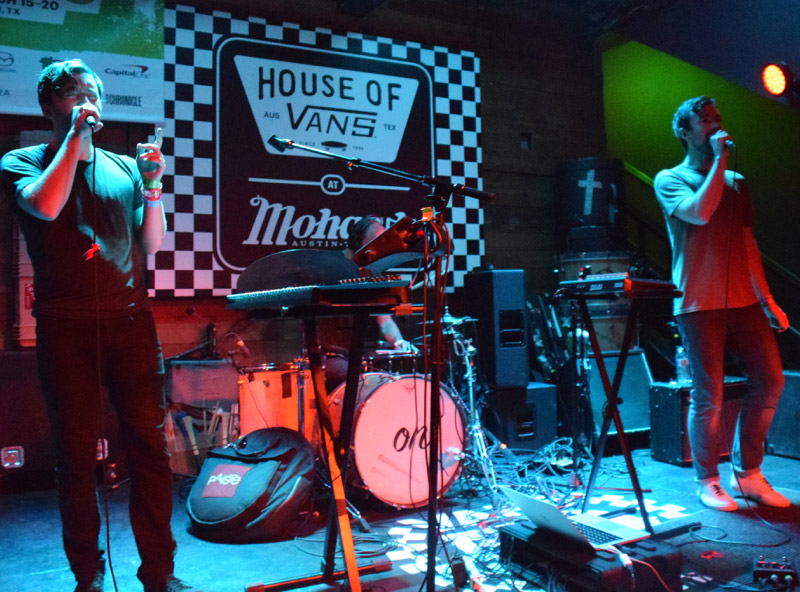 Inside at The Mohawk was the white-boy electro hip-hop of Tushka. 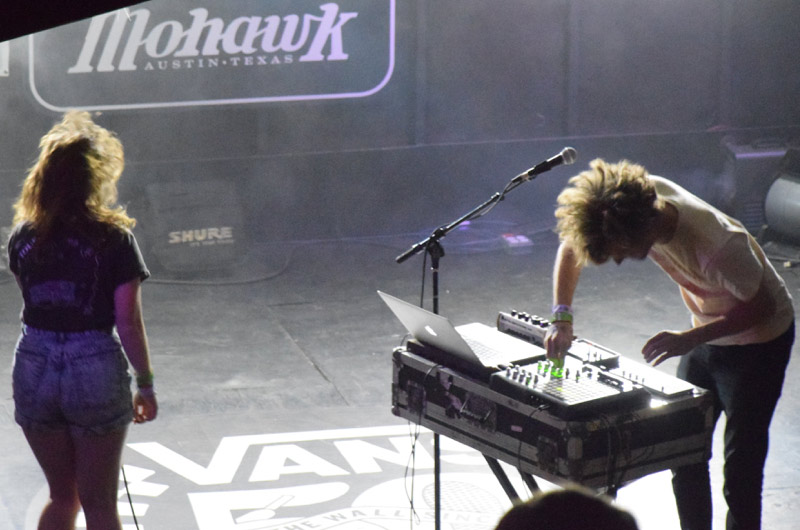 -With FADER Fort, Hype Hotel, and Rachael Ray’s Feedback House all shutting their doors as rain came, your hungry correspondent stopped by the Light of the World church, which was right along the route between Feedback and FADER/Hype, for its fundraiser BBQ and tacos, which were cheap & great (plus there was a tent & table to eat at).

-2 Chainz (QRO photos at FADER Fort four years ago) @ FADER Fort. Announced as headliner only that day, FADER Fort was closed to new entrants by the time he came on.

-The Wild Feathers (QRO photos) @ Rachael Ray’s Feedback House. Unfortunately the threat of rain brought a policeman into the Feedback House to shut it down, and it never reopened.

-SBTRKT (QRO photos) & Stormzy @ Hype Hotel. Stormzy had a lot of buzz going into SXSW 2016 – but Hype Hotel was “beyond capped” by the early evening, as the drizzle came down (despite protestations to the contrary by Hype Machine on Twitter).