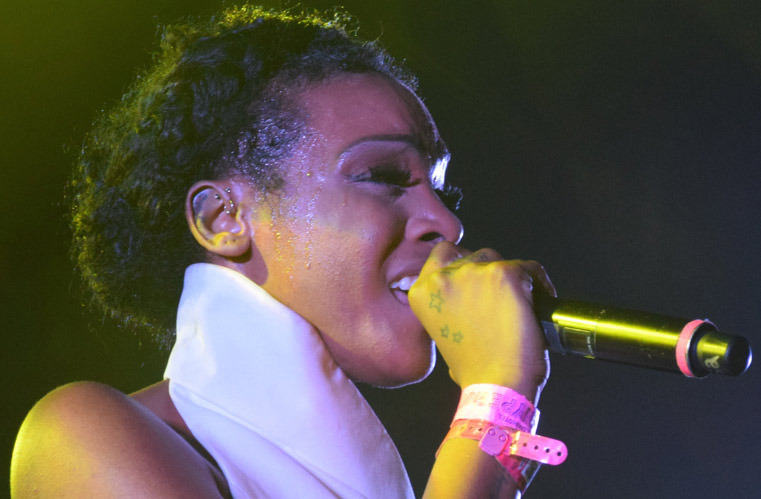 A later start on St. Patrick’s Day meant only catching the final daytime musician at Hype Hotel, D∆WN, an electro-soul songstress with strong backing music & dance crew. Perhaps reminiscent of Janelle Monae – maybe going to blow up like her?

The best food at SXSW comes from television personality and chef Rachael Ray, who takes over a downtown space as her ‘Feedback House’. This year the food on offer was King’s Hawaiian, and the music on Thursday was the wild party garage of Cold Fronts (the singer entered the crowd, which wasn’t as wild) and the more indie-rock Night Moves. 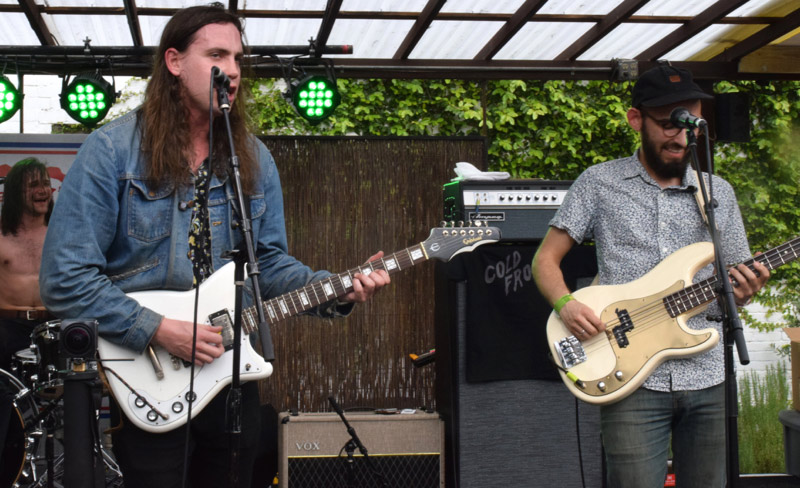 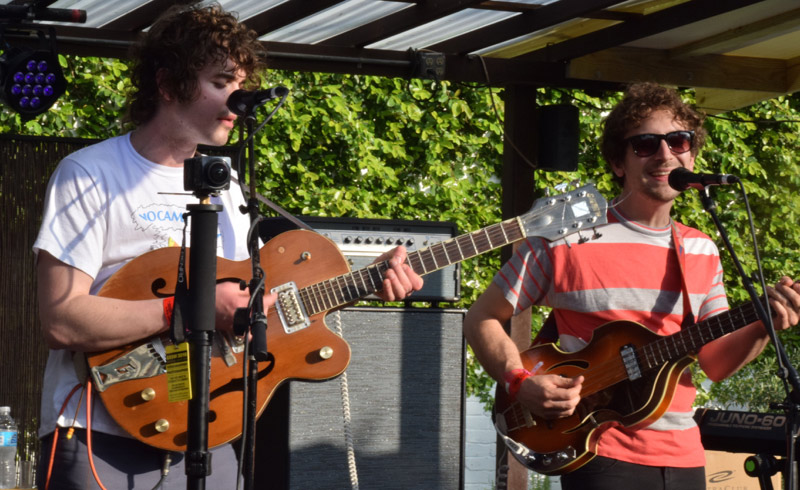 QRO’s Alex Freeman headed south of Lady Bird Lake to the Auditorium Shores SXSW Outdoor Stage for Deftones and Thao & The Get Down Stay Down.

Thao & The Get Down Stay Down 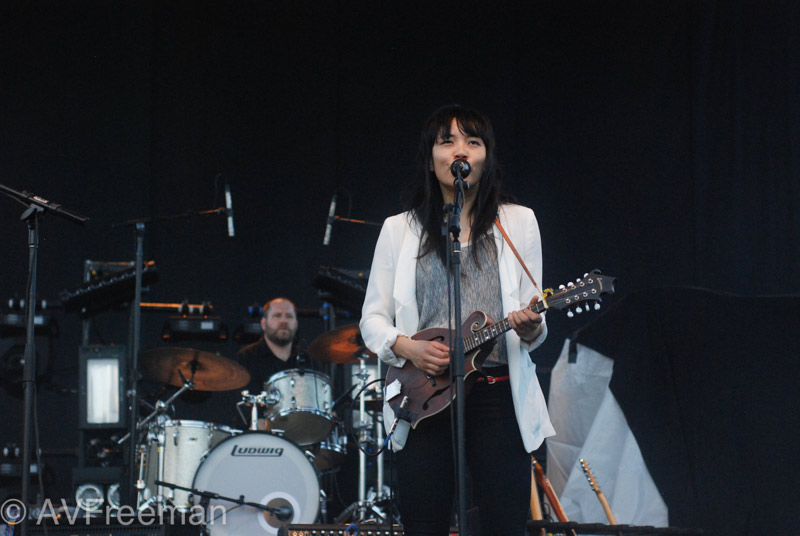 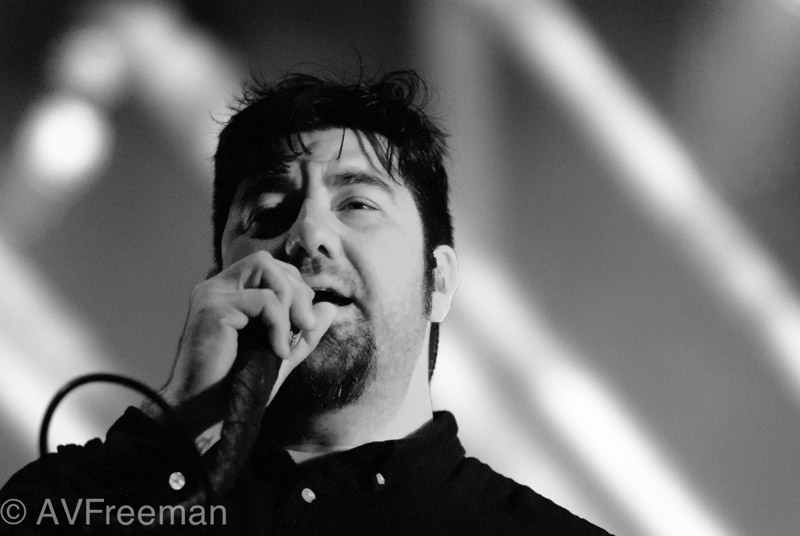 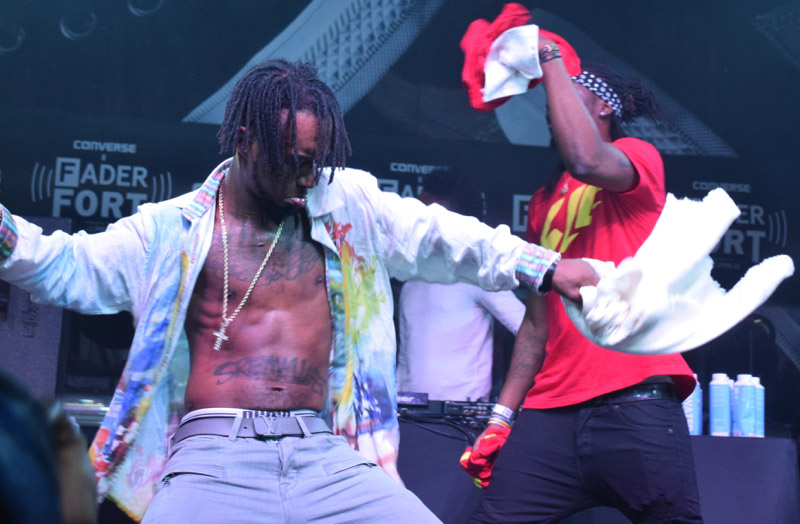 “It’s 2016, fuck Donald Trump, we’re voting for Bernie Sanders, ‘cause we wanna smoke weed!” Rae Sremmurd and the entire Sremmlife Crew were out in full force at FADER Fort, giving it their all, as was the crowd. They even asked the crowd to throw up in the air whatever was in their hands at the start of a new song, “Even your shoes – wait, don’t throw your shoes…” 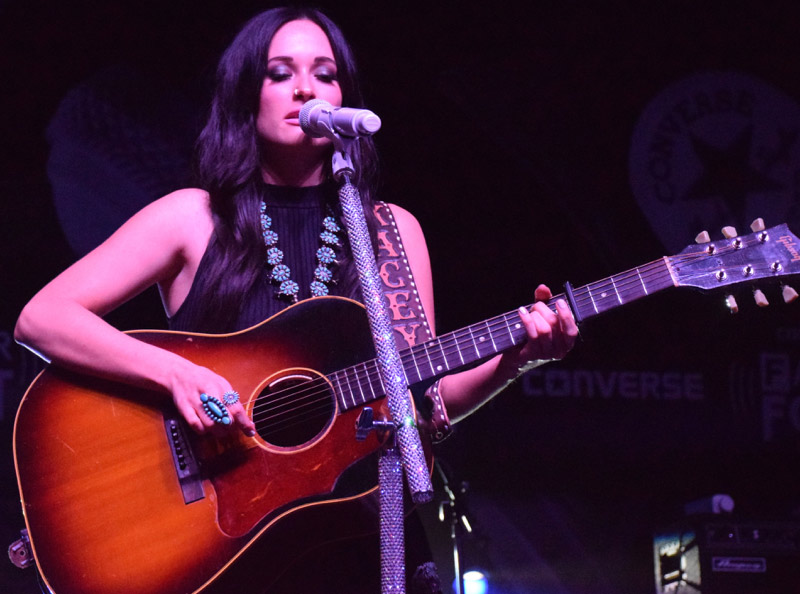 Admittedly the FADER Fort crowd did thin a bit for Kacey Musgraves, but that only made her sound sweeter and more relaxed. The gal and her band have been a major force in country music the past year, and it was easy to see why. 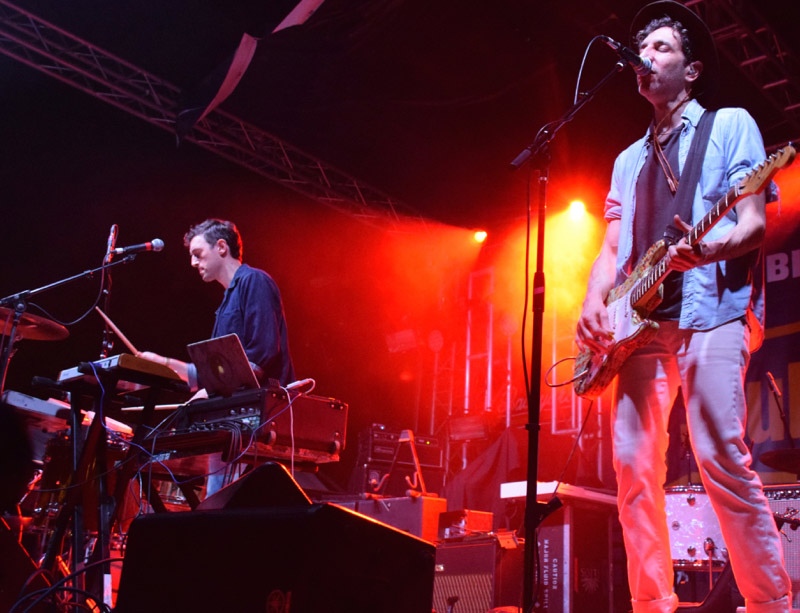 StubHub had a must-see, show up early & stay the whole night showcase Thursday at Banger’s (one of the many Culture Collide showcases on Rainey Street), so of course the line was massive at 8:30 PM doors, but all of those who arrived at that point did make it inside the nice outdoor space of the bar with millions of tap beers (and beer men selling directly in the crowd) – it even had a photo pit.

Tanlines came on late, but said that they set up fast, but regardless, didn’t bump those to come after. They were less out-and-out tropical in this space, more dance-rock. 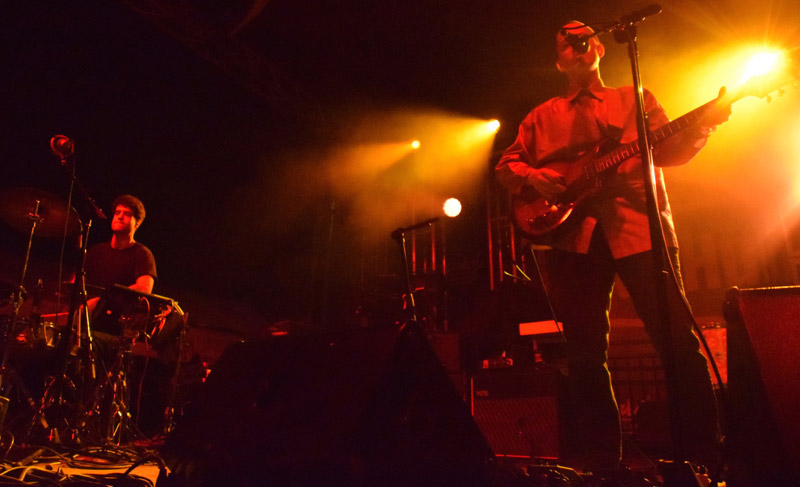 A still-truncated Lower Dens played next, but didn’t seem that into it. 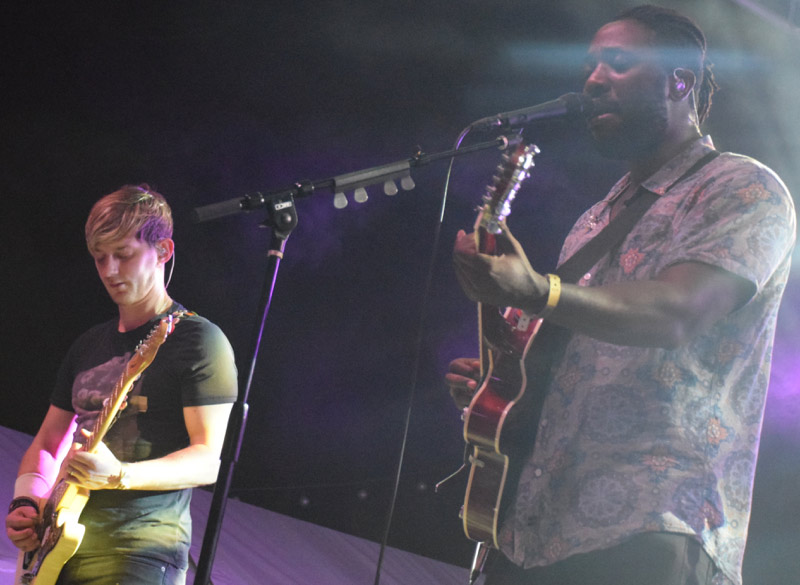 Bloc Party broke through a decade ago with the amazing Silent Alarm, and while nothing they’ve done since then has measured up, their last, Hymn (QRO review), has come the closest. And the new songs did sound good live – even if the old Alarms still sounded the best. 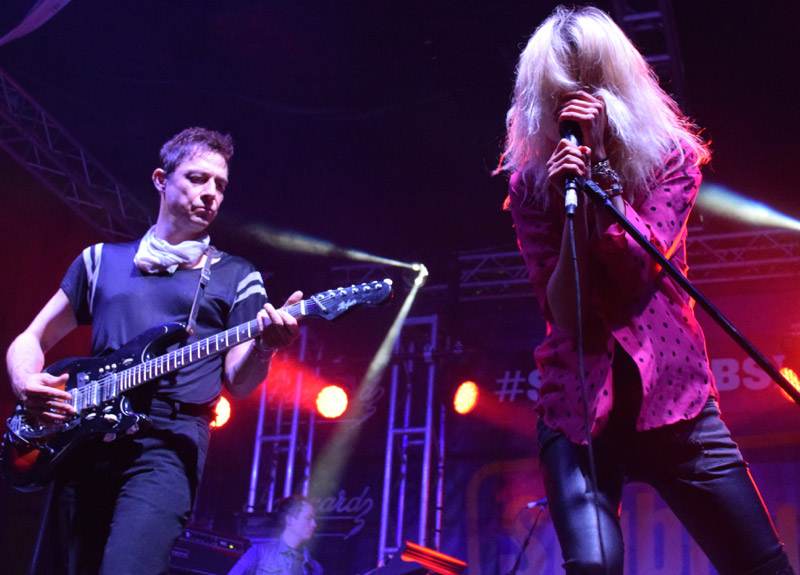 For some reason, a number of people left after Bloc Party, but that only meant that The Kills fans waiting outside could enter for one of only two shows the group played at SXSW. Previewing material of this summer’s Ash & Ice, they only played a few actual new ones, but killed it with the ‘old’ songs. Always amazing is watching singer/guitarist Alison Mosshart jerk on stage, hitching one hand on her belt like she’s riding a bucking bronco (well, we know that she “Cuts Like a Buffalo”…) – but what is up with her sleeves, always sliding down and having to be pushed back up? Just makes her even more awesome.

House of Vans @ The Mohawk 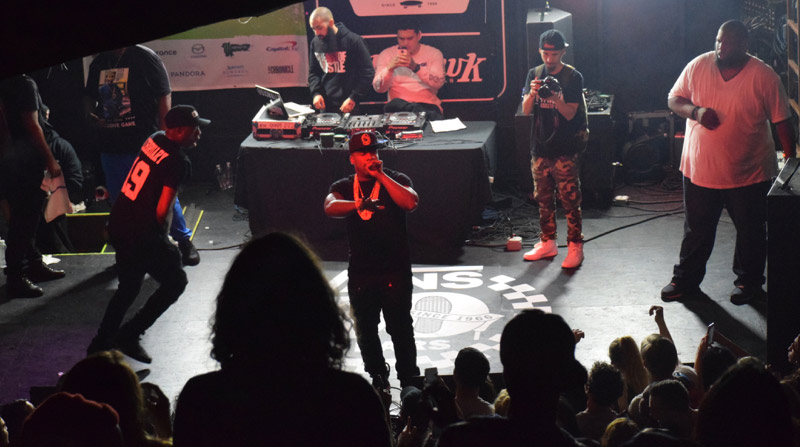 Unfortunately The Kills didn’t play until the 2:00 AM, but fortunately that meant that your correspondent could make it over to the House of Vans at The Mohawk for Yo Gotti, who was there with his whole crew, including Trae Tha Truth, playing new songs and old.

-On St. Patrick’s Day, don’t tell your Über driver he can spot you because you’re wearing a green shirt…