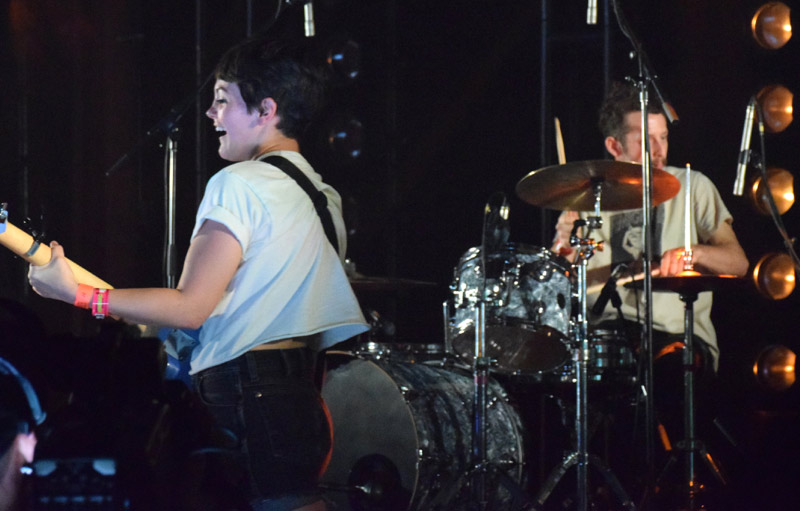 Hype Machine took over the warehouse at 1100 East 5th Street, just on the other side of I-35, for all of SXSW, for its Hype Hotel, which had drink tickets, but unlimited drink tickets (and straight-up free drinks in back press lounge, thanks to sponsor Mazda). Opening up the actual festival was Diet Cig, playing their first-ever SXSW show. Frontwoman Alex Luciano was jumping around with youthful energy, fitting for a guitar/drums garage duo that sounded pretty much like what you’d expect to start South-by with. 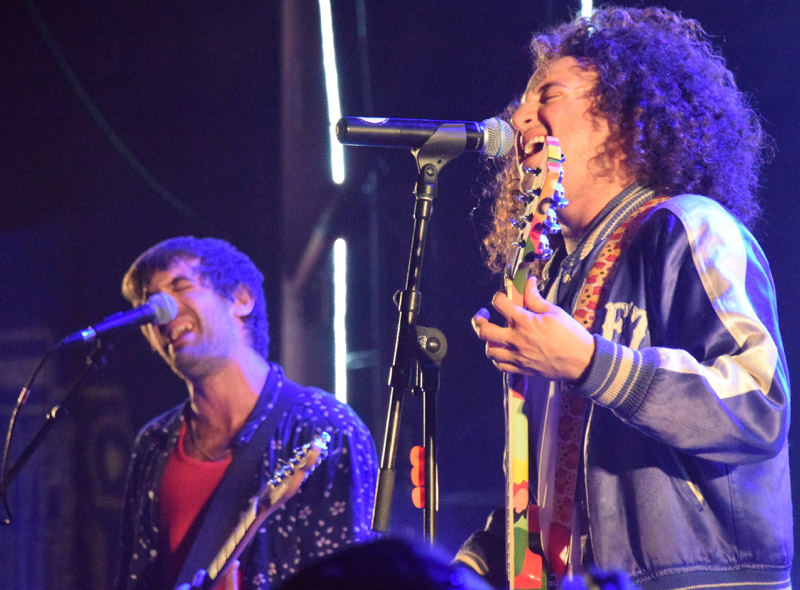 A last-minute schedule change put up PARTYBABY next, whose curly longhaired rock was reminiscent of Wolfmother – or at least looked like them. Unfortunately, they were not that memorable. 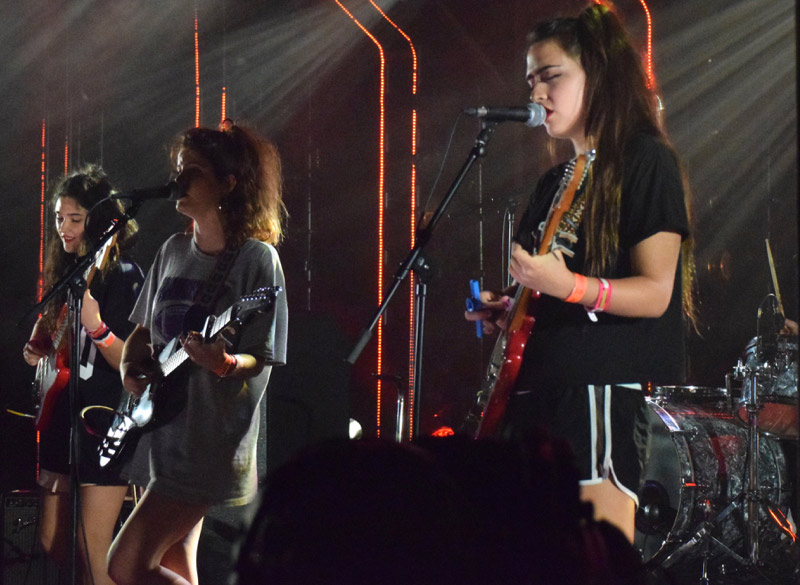 A group coming into SXSW with a lot of buzz was HINDS – and why, exactly? Was it because they’re all girls? All girls from Spain? Their girl-garage was not that original, but certainly enjoyable – and did feature kazoo. 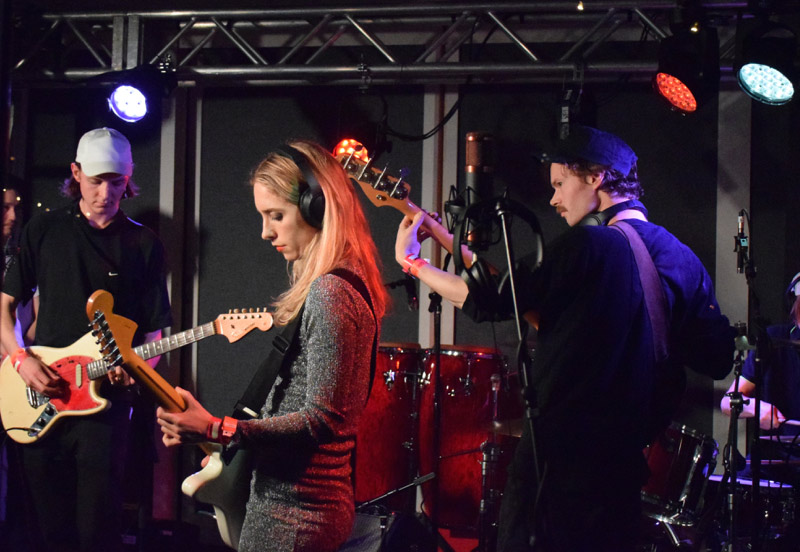 Pumarosa had switched with PARTYBABY on the main stage, but also played Mazda’s glass wall-enclosed studio space in the outdoor backspace, which had earlier featured the sweet sounds of Sunflower Bean. Pumarosa was British female-fronted indie-rock, a bit oddly ‘up on display’ in the glass studio space. 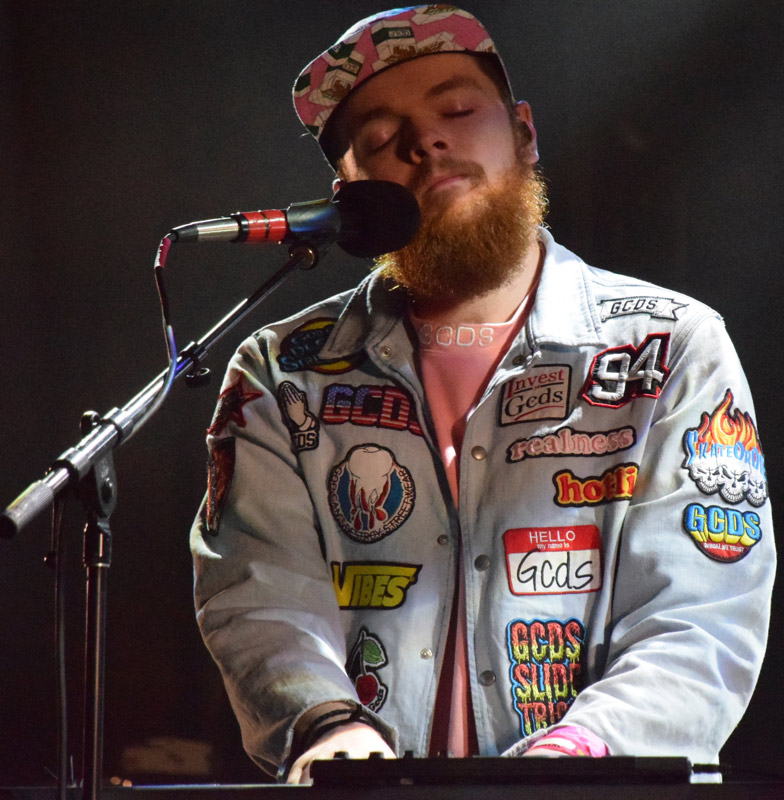 Up on the main stage solo was Jack Garratt, but he didn’t sound it, skillfully using loops and a range of instruments in his emotionally evocative music. 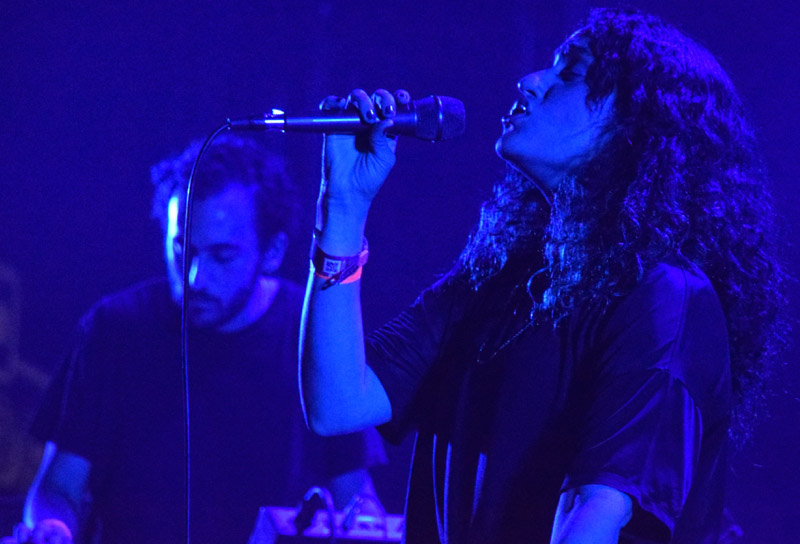 Emotional synth came from the evening’s closer, Empress Of, reminding one of Beach House (who had played NYC the night before – QRO photos), if not as subdued, or quite as good. 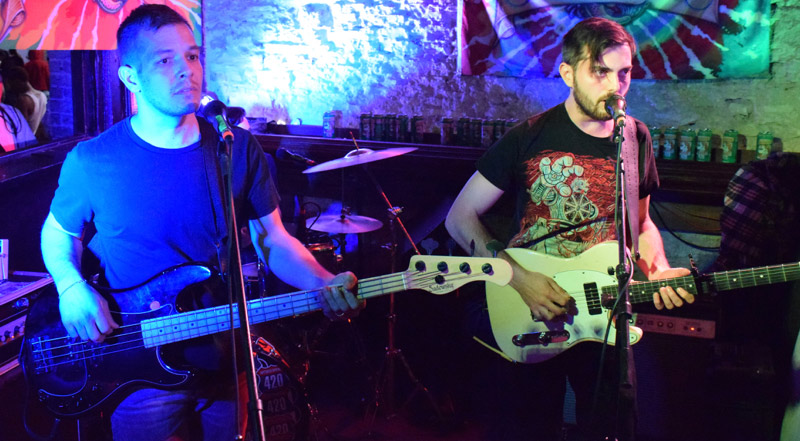 It’s always great to see favorite local acts make the trek down to Austin for SXSW, and doing so was QRO favorite Courtesy Tier, who played the Sweetwater 420 showcase at Burnside’s Tavern. They are how gritty modern blues-rock should be, not the self-indulgent ‘look at me’ guitar wankery so common these days (let you fill in your own example).

-Your correspondent flew to Austin on one of the overbooked NYC area-to-Austin SXSW flights, complete with no room in the overhead baggage space – only to have no only no one sitting next to him in the plane’s final row, but no one in the row across. Flight back to New York had similar room in the back, which goes to show that it actually pays to fly in the rear, despite the survival rate among tailies on Lost.

-It was really nice to get away from election coverage, on this latest of many so-called ‘Super Tuesdays’.

-Capsula @ Maggie Mae’s. Argentine psych-rock band Capsula played David Bowie’s The Rise and Fall of Ziggy Stardust and the Spiders from Mars – though could be as good as the actual Spiders, Holy Holy, playing The Man Who Sold the World (QRO live review).