Things finally got going for QRO on SXSW Thursday....

Might have missed The New Pornographers the prior night (and word was that no one was allowed to take photos anyway), but QRO caught them at the relaxed Radio Day Stage, inside the air-conditioned Austin Convention Center. 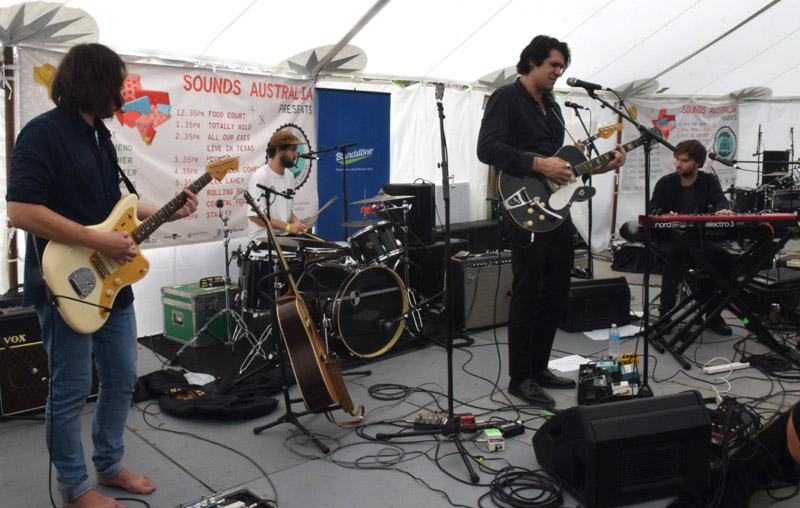 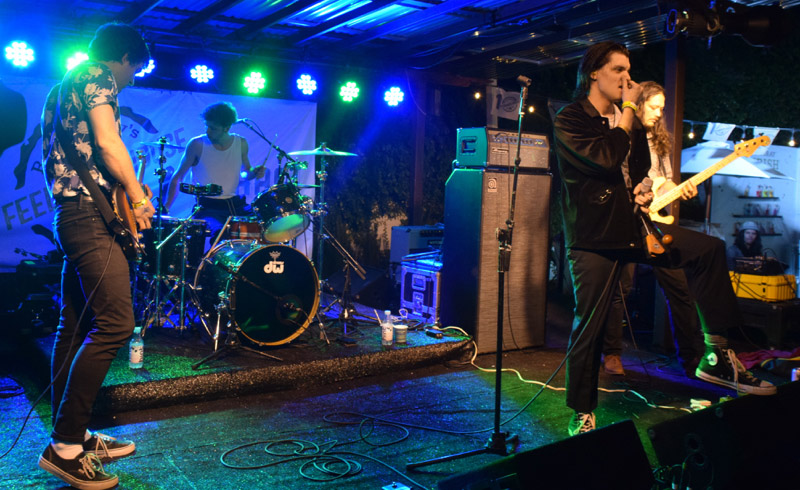 While other sponsors pulled back, Rachael Ray did not, returning once again with her Feedback House, that included great free Kings Hawaiian & free drinks. There was also Muuy Bienn, whose more experimental punk rock definitely felt quite experimental for a daytime TV personality. 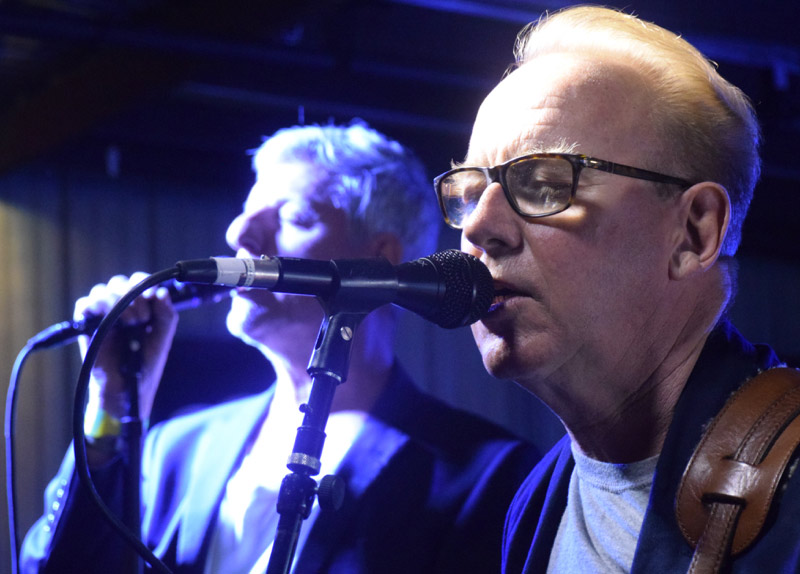 But fitting perfectly was Modern English. The ‘80s English New Wave band have a new album out, Take Me To the Trees, and the decidedly older fellas could have been grumpy playing a small space, but were actually way into it, with singer Robbie Grey exuberant throughout.

Yes, they closed with hit “I Melt With You”, yes, the crowd sang along (after Grey indicated when to start), and yes, it was wonderful. 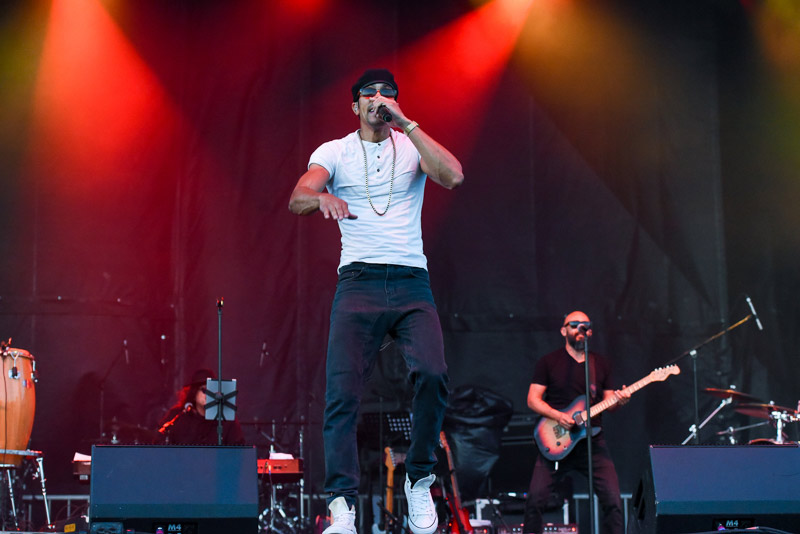 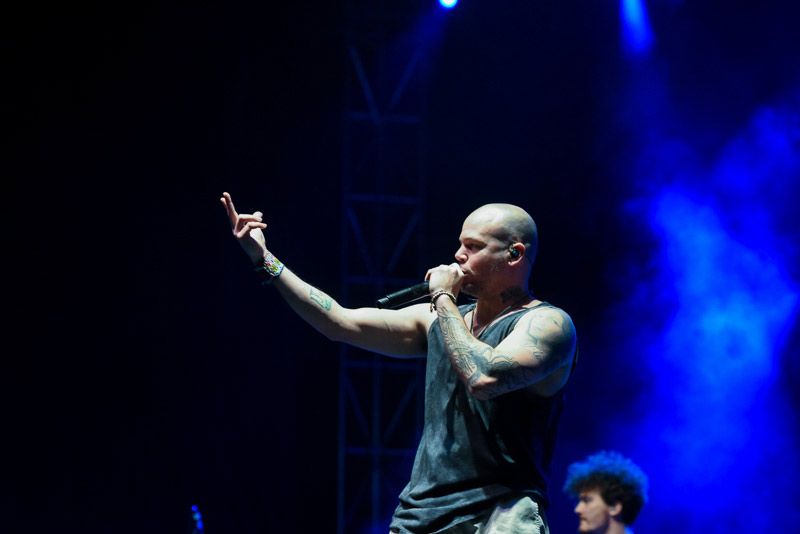 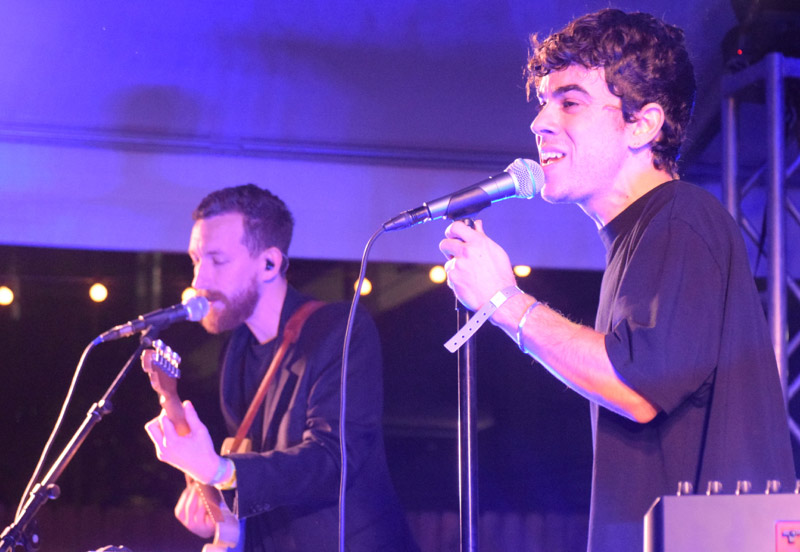 Going into SXSW, there are new bands to catch, and ones that you’ve only heard of, who you should really see to know what they are. Electric Guest was very much the latter, as if you only knew their name, would have thought that they were just another too-popular “Electric” band, all party and synthesizers. Instead, there was a definite uncertainty to their music that made it much more interesting.

Also, props for being fronted by their shortest member, Asa Taccone, even if he kneeled too often when singing. He thanked the crowd, admitting that audiences at SXSW can be a crapshoot. 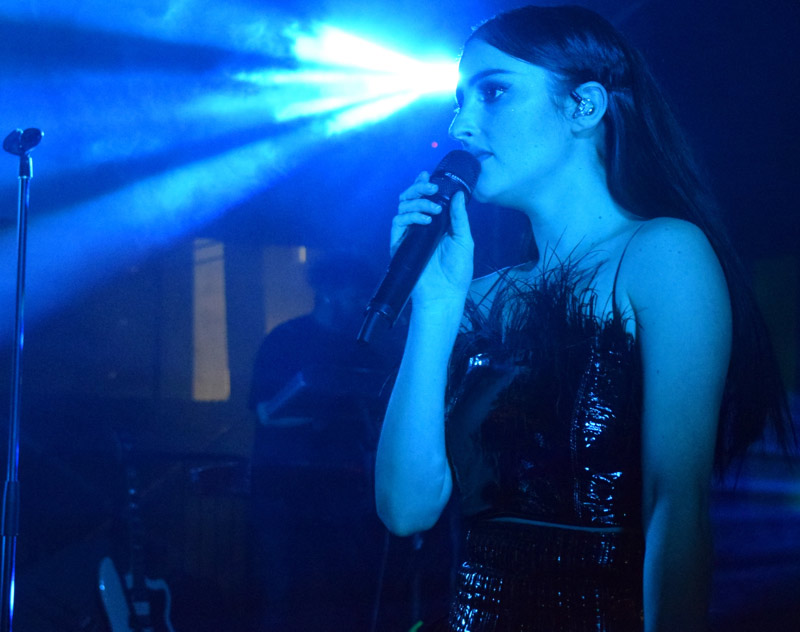 Another very interesting artist that you have to judge live was Banks. How many other artists have dancers with shawls covering their upper body. While the moody singer set a different tone than Electric Guest, that specter of darkness remained, showing that the dark is still very popular in popular music.

-When your correspondent picked up his credentials, had to set credential people straight when they seemed to think he was just lazily arriving late to the festival…

-Spoon @ The Main, 1:00 AM. Final night of Spoon at The Main was of course impossible to get into.